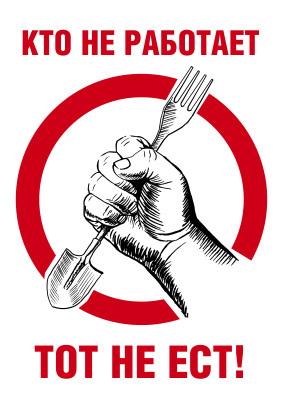 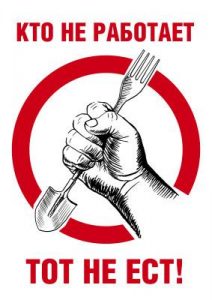 Who has enrolled you in the ranks of poets?

“The Last Judgement is the Last Judgement, but a human being who spent his life in Russia, has to be, without any hesitation, placed into Paradise.” Joseph Brodsky, Russian poet and Nobel Prize Laureate.

As I warned in the last post, today’s post is about “who doesn’t work, doesn’t eat,” Lenin’s core concept at the dawn of the centennial of the Bolshevik Revolution we commemorate.

But I’ll begin with the trial of the poet Joseph Brodsky that took place almost 50 years into the centennial. Its transcript was smuggled to the West.

Brodsky was accused of social parasitism. He had had occasional odd jobs but they were too short to earn calluses and the intervals too long to skate around the constitutional duty to work. He wrote poetry, too, though, of course, that was not a job, especially that the newspapers considered it anti-Soviet. No wonder the judge labeled him a “pseudo-poet in velveteen trousers” and asked pointblank: “Who has enrolled you in the ranks of poets?”

The intelligentsia kept their opinions to themselves. The rest had a field day skewering Brodsky. The court sentenced him to five years of hard labor.

The camp, psychiatric wards, and various humiliations later, the exasperated government placed him on a plane out of the country. In 1987, he was awarded the Nobel Prize in Literature.

Lenin was a down-to-earth guy. When he said “eat” he meant it literally—so, the unemployed did not get a food ration in the first hungry years after the Revolution. When he said “work” he meant hammering, milking, digging and such—so, professionals received the lowest food ration. The daughter of a bookkeeper, my mother could not find a job; the son of a typesetter, my father could.

To Lenin & Co, non-menial skills marked bourgeoisie, freeloaders eager to get to the communist paradise on the backs of those who built it with their (literal) callused hands. The constitution cemented and encouraged this mindset in the definition of the Soviet Union as a “socialist state of workers and peasants.”

That view of intelligentsia, and the compensation matching their status, persisted through the 74 years of the Soviet Union. In a popular joke, a teacher consoles a child upset that his father is an engineer, “That’s ok, bad things happen.”

But the most telling joke was: “Under capitalism some people are allowed to exploit others, but under socialism it’s the other way around.”

When the commotion started a hundred years ago, a guarantee of 100% employment was dangled in front of the masses—literally 100%. No rich, no bourgeois, no lazy bums. That was the least that the grateful revolutionaries could do for the new ruling class—workers and peasants.

To achieve the goal, the founder of the KGB became also the head of the employment administration. But it was Stalin who resolved the employment challenge, once and for all. He did not let the crowded Gulag go to waste; its population built factories, dams, roads. They lived in makeshift barracks; put in 12-hour days in any weather; followed orders without a murmur; and, needless to say, they did not voice their opinions. A dream of a labor force!

If you were not, or not yet, in the Gulag, the employment record book kept track of your career moves. 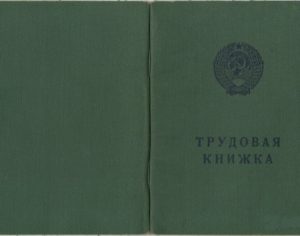 This document looked like a passport and each person had it issued at his/her first job. The human resources departments kept it and logged the dates of hire, reprimands and awards, promotions and demotions, and the date and reason for quitting or firing.

Look at it as a comprehensive resume-writing service. Very helpful, except that you couldn’t embellish or omit anything.

What better way to mold a communist species from the imperfect capitalist material than compulsory employment? Well, maybe fearful serfs don’t make productive, much less creative employees, but look at the bright side. Where else would you find a country with guaranteed 100% employment? And a 100% trade union membership?

Until Stalin died, a job was a till-death-us-part proposition. No old-age pension existed. No one was allowed to change jobs without permission. Breaking this rule was not possible because who would hire you without your employment record book? And it would be grounds for arrest for you and the new employer. Being late for work was grounds for arrest as well.

On the plus side, universities sent graduates to their first job assignments. Unless that 3-year stint was completed, no one would hire them. Where else would you find a country with a guaranteed first job after college?

Post-Stalin, pensions were introduced and conditions improved but the employment record book still followed you faithfully from job to job.

Crime of the Century

To start the emigration application, my husband and I had to resign from our jobs. Our respective human resources departments handed us our employment record books. The last entry “Resigned voluntarily because of permanent relocation to the state of Israel” made us unemployable. Since we quit of our own free will, a charge of social parasitism could come at any moment. And it would if we didn’t get permission to emigrate.

I was scared witless (almost literally) to learn that my husband had kept a dark secret from me—he had a second employment record book! It was issued two decades earlier when he as a teenager applied for a job claiming that it was his first while he was already employed. He, thus, worked two jobs for a while and was never caught.

Believe me, I told him everything I thought about such recklessness. Illegal did not begin to describe our situation—it was worse than social parasitism. If found out, not getting permission to emigrate would be the least of our worries.

My husband burned the offensive copy but we never exhaled until our permission arrived. I only disclose that crime now because, I’m pretty sure, the statute of limitations has expired.