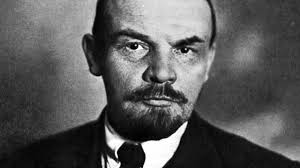 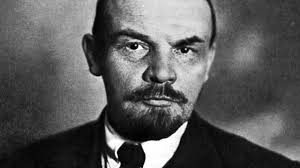 Vladimir Lenin (1870-1924), born Vladimir Ulyanov, a Russian revolutionary who masterminded the Bolshevik takeover of power in Russia in 1917 known as the Bolshevik Revolution. His pseudonym originated from the name the river Lena in Siberia where he spent one of his exiles. Lenin founded the Soviet Union and was its revered first leader.

During the post-revolution period, Lenin ruthlessly crushed any opposition. He is quoted as saying that the Bolsheviks must suppress all resistance with such brutality that their adversaries would not forget it for decades, and that the greater the number of clergy and bourgeois executed the better. Lenin called this policy revolutionary terror; it was later expanded to be directed not only against the these ideological foes but anyone who questioned or opposed the Bolshevik rule. 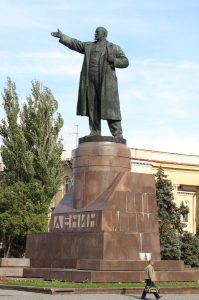