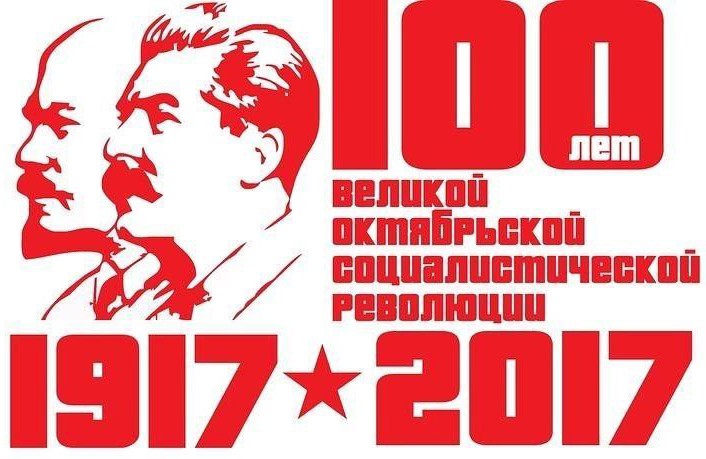 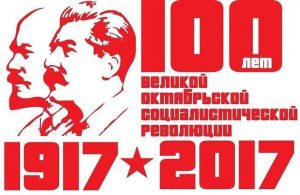 Poster of the Communist Party of Russia commemorates the centennial of the Bolshevik Revolution. Photo from: http://www.t24.su/?p=42480

The Centennial to Remember

Five score and three months ago, the Bolshevik Revolution, gave birth to a never-before-tried social order.

The centennial of that birth (on November 7, 1917) is as good an excuse as any to remind the world that “however beautiful your strategy, you should occasionally look at the results.” In other words, do not neglect to ask my great-grandfather’s question: “suppose you prevail—and then what?”

To Pygmalion, the doll he sculpted became the love of his life; to Lenin and his gang, an abstract theory served as an installation manual to a workers’ and peasants’ paradise on earth. And where the manual clashed with reality—reality did not have a chance.

A Chicken vs a Given Chicken

A test in scientific communism was a prerequisite to the Master’s thesis defense—just to keep you on your toes. The subject concentrated on the third, and final, stage of capitalism decay vis-à-vis the blossoming of socialism. With a poker face, the professor injected dangerous comments: “Yes, capitalism will disintegrate. It won’t happen tomorrow but it’s disintegrating, disintegrating;” “Capitalism is certainly decaying but the smell is rather splendid.”

Now back to the Revolution time.

1918 – 1921 became the blueprint that the newborn state faithfully followed through its 70-plus life. Here is a brief unscientific recap.

The ultra-starry-eyed revolutionaries demanded to replace the management of factories with workers. And to demolish all the existing railroads then build them from scratch by the workers now free from exploitation.

The Red Army was formed. Enmeshed in WWI and the Civil War, the country recruited only workers and peasants, the new ruling class, to fight for it. But, it needed officers too. Who knew? Politically suspect former imperial officers stepped up to the plate—executed or sent to camps twenty years later. Needless to say, politically reliable commissars watched them carefully.

Actually, the army was a temporary institution, to exist until communism prevailed throughout the world and not a minute longer. 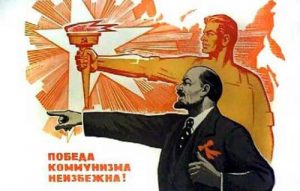 War Communism in Russia, 1918-1921. Sign on poster: “Victory of Communism is Inevitable!” Photo from: http://dr-znai.com/politika-voennogo-kommunizma.html

It soon appeared that the post-revolution part might be less clear-cut than anticipated. Perplexing times called for decisive measures. The government nationalized land, factories, banks. It forbade private commerce and abolished taxes. People did not have to pay rent any longer. Clothing, medications, barbershops, public transportation, utilities and public baths were free.

If these steps would not result in universal equality or making trade and money obsolete, nothing would. Communism was so close you could taste it.

Food rations were introduced for those who worked. Manual workers in unsafe trades were entitled to more than manual workers in hard physical jobs. Light jobs, housewives and professionals were on the bottom of the ladder. In the villages, the government requisitioned any scrap of food it considered surplus. 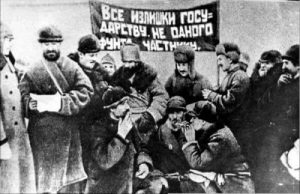 War Communism in Russia, 1918-1921. Group tasked with requisitioning surplus food from peasants. Slogan: “All Surplus to the State. Not One Pound to Enterpreneurs.” Photo from: http://dr-znai.com/politika-voennogo-kommunizma.html

Of the promised peace, land and bread, peasants got only the land.

Those who didn’t work, the parasites on the body of the working class known as “former people,” did not have to eat or have a place to live—the faster they vanished the better. Vacant rooms were used as bathrooms.

Factories closed; railroad barely functioned; clothing was rationed; the baths shut down for lack of water; medications disappeared from pharmacies; streetcars broke down; buildings fell into disrepair. Stores and restaurants closed. The cities were empty of basic goods and full of endless queues.

Money abolished, people lost incentive to produce, much less to create. Sources of revenue nonexistent, the economy collapsed to below 1913 level. From then on, Soviet annual reports measured the country’s accomplishments against industrial production of 1913. They still did in 1975… then we left. As Churchill noted, “You don’t make the poor richer by making the rich poorer.”

The leaders portrayed the situation as a natural process of molding capitalist-bred humans into the superior shape required by the communist society.

But by 1921, after the wars ended, the government had to pacify the hungry populace. It weakened its grip and allowed limited private enterprise, selling on the open market, employment of staff, and rent of land. The economy breathed a sigh of relief. Prematurely. Weary of entrepreneurship that he equated to crime and of too much freedom, Lenin assured his devotees that terror would return.  And indeed, a few years later it did.

About the concept “Who doesn’t work, doesn’t eat” in the next post.