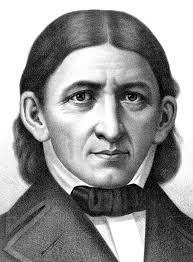 A German educator, the founder of the kindergarten concept in the first half of the 19th century. He coined the word kindergarten (orchard for children.) He believed in the importance of playing and organized activities to the development of pre-school-age children.

The first kindergarten in the United States was founded by one of his students. In the Soviet Union, for a few years after WWII educated but aging and unskilled city women found an income in supervising small groups of children, supposedly based on Froebel’s teachings.

Their source of income had to remain under the radar because, private enterprise was subject to punishing taxes whose goal was to wipe it out. Therefore, the children came exclusively through trusted referrals.

The groups gathered discreetly in parks. The women called Frebelichka (follower of Froebel) in Russian, billed their service as teaching arts, languages, good manners. It was, for the most part, just an alternative to the free but hungry public kindergarten system of the time.