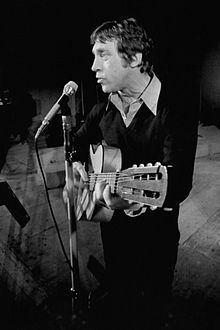 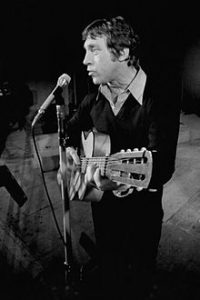 Vladimir Vysotsky was a Soviet theater and movie actor, poet, and singer-songwriter (1938-1980).

Visotsky’s lyrics featured social and political commentary, usually in humorous form. His raspy voice opened many eyes to the world they lived in; it was immediately recognizable by everybody, regardless of class, education, or age.

He was viewed as a Russian icon; mentioning that his father was Jewish, especially somewhere in the backwoods, would be considered sacrilegious and result in bodily harm (same as mentioning that Jesus Christ was Jewish.)

Officially, his theater career existed, his songs did not. They were distributed on tapes, person-to-person, not secretly but not openly, either.

A totemic figure for the Soviet dissident and pro-emigration movement of the 1960s and 1970s, Vysotsky was much too beloved, including, privately, by the Party and KGB officials on all levels, to be persecuted.

His songs nourished the movement. Though only overtly political, they were unparalleled in their impact on the society starved for truth. They still inspire Russian popular performers.