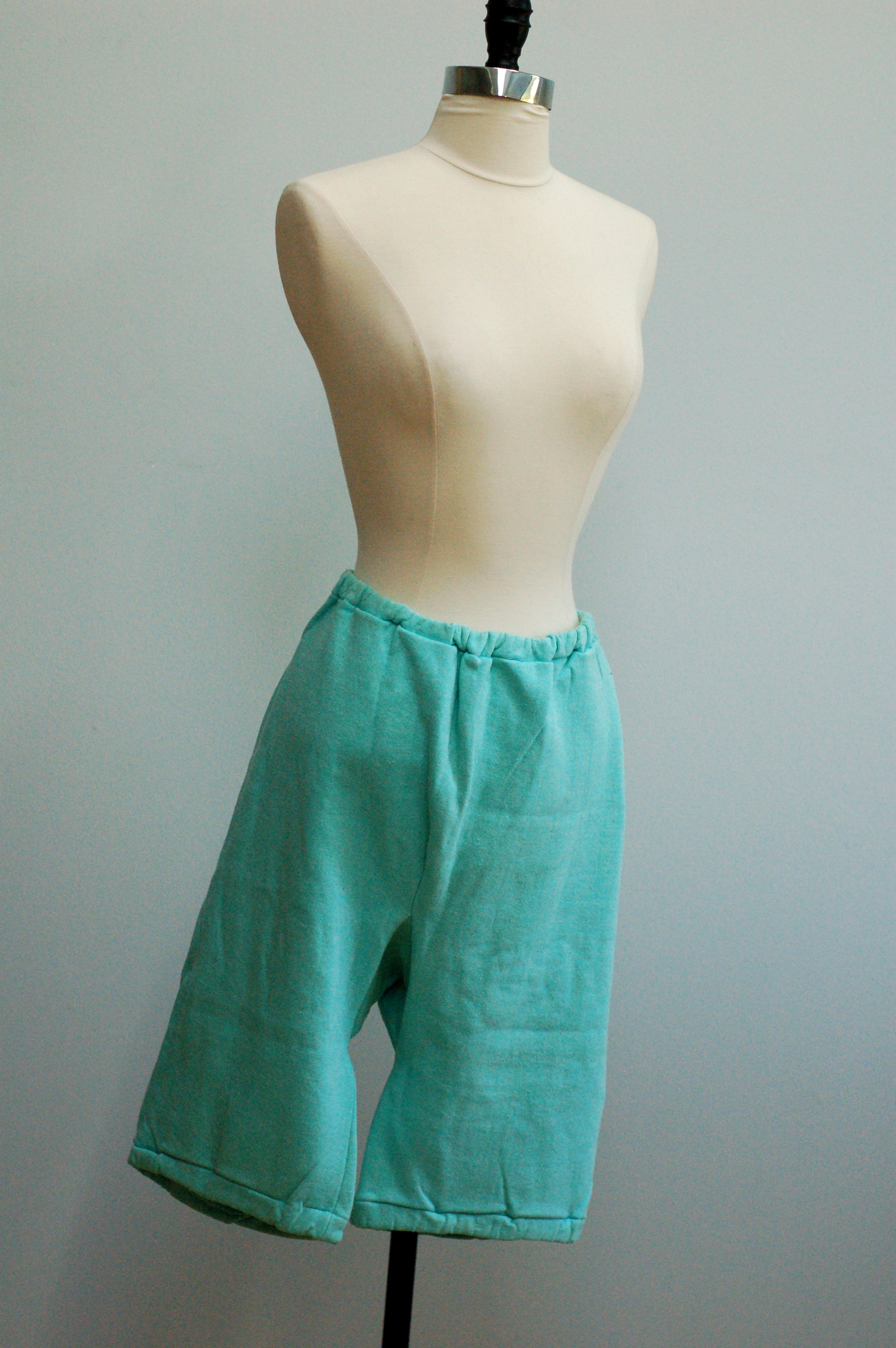 Tricot was gathered on the waist and above the knees with elastic. It was made of light jersey silky to the touch that was called tricotage. Winter tricot was made of flannel and worn on top of the regular one. It resembled short sweatpants.

Men wore similar underclothing, only longer. It was called kalsony.