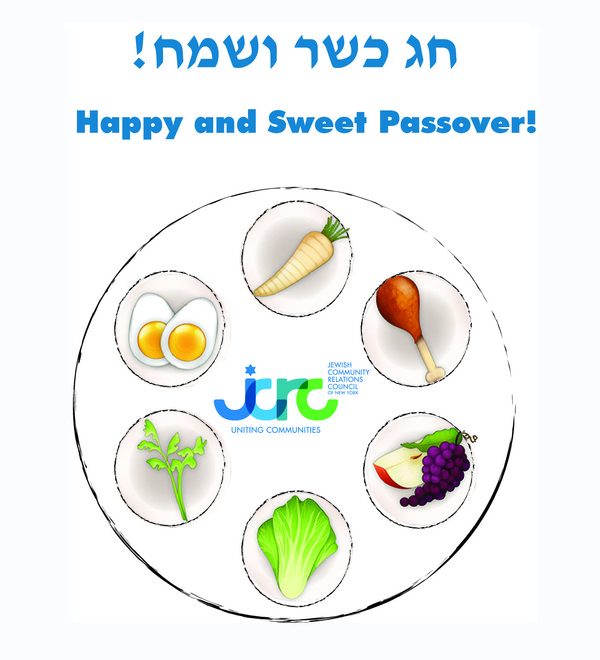 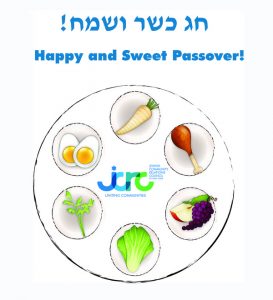 May good health, great luck, lasting peace not pass over your home!

May you free yourself from all adversity forever and from all hametz for the Passover week!

As you may or may not know, hametz is any food made out of grain that was allowed to ferment. Prior to the holiday, a Jewish family is supposed to hunt down everything in the house that fits this description, crumbs included, and dispose of it. The utensils that handled such food head for a week-long exile.

Have Your Cake and Eat it Too!

Well, as you might have noticed, sometimes commandments are easier said than done. Throwing out that frozen cake in the freezer, to say nothing of the bottle of your favorite whiskey, would be, for some weak souls, tantamount to torture.

As always, where there is a temptation there is way! The Jewish law provided a legit solution to let us keep our cake and, after Passover, gorge on it too. You could sell the hametz dear to your heart and your wallet to a non-Jew you trust before that holiday and buy it back after. In the spirit of times, you don’t have to get off your couch. A search for ‘sell hametz online’ brought in 81,800 results.

The tradition of selling hametz–not online though!–is traced back centuries. Most of the time all had gone well but occasionally Polish and Ukrainian peasants took advantage of the trust and partook of the edible treasures in their symbolic possession. Oh well, food was not always plentiful in that part of the world and trust did not always run deep.

The Richest Man for a Week

That hametz-selling law gives an out not just to small groups but to the entire nation of Israel.  Read about Hussein Jabar, an Arab Israeli who every year, for over 20 years, buys up the country’s hametz. Before Passover, he enters into an agreement with the government of Israel and becomes a proud owner of a many million dollars stake in property. And every year his family and friends help him collect the money for the deposit.

In 2018, he paid $14,000 for $300,000,000 worth of property. “He receives the keys to relevant properties and a list detailing his vast acquisition, which includes the hametz of the state, state-owned companies, the prison service and the national emergency supply.” He also owns all the flour warehouses, the mills, bread factories, bakeries, alcohol producers. During the holiday Jabar makes surprise visits to parts of his estate–just to be sure.

He does not quit his day job as a buyer for the Jerusalem Ramada hotel’s kitchen quite yet. After Passover he comes before the chief Rabbis and the government again. Now he acknowledges his inability to complete the transaction and asks to cancel the agreement.

In addition, when many agricultural concerns let their land lie idle every seven years to improve its productivity, Jabar becomes the largest landowner in Israel.

Background Check — A Must!

Over the years, Jabar received mouthwatering offers from Arab countries to buy the Israeli hametz from him. In exchange, they promised money, a house and protection. He invariably declined. Jabar cherishes his role as a contributor to peaceful coexistence between Jews and Arabs.

Prior to hiring Hussein Jabar, he underwent a background check. The Rabbinical authority painstakingly researched his family lineage to ascertain that he was indeed not Jewish.

The research became necessary after a scandalous revelation that Jabar’s predecessor was Jewish. The man learned this secret from his mother who confessed on her deathbed. So, for many years Israel had been selling hametz to a Jew which was prohibited, period. But as an old Yiddish proverb says “since you didn’t know, it wouldn’t hurt you.”

Whether you follow the hametz tradition or not — Happy Passover!