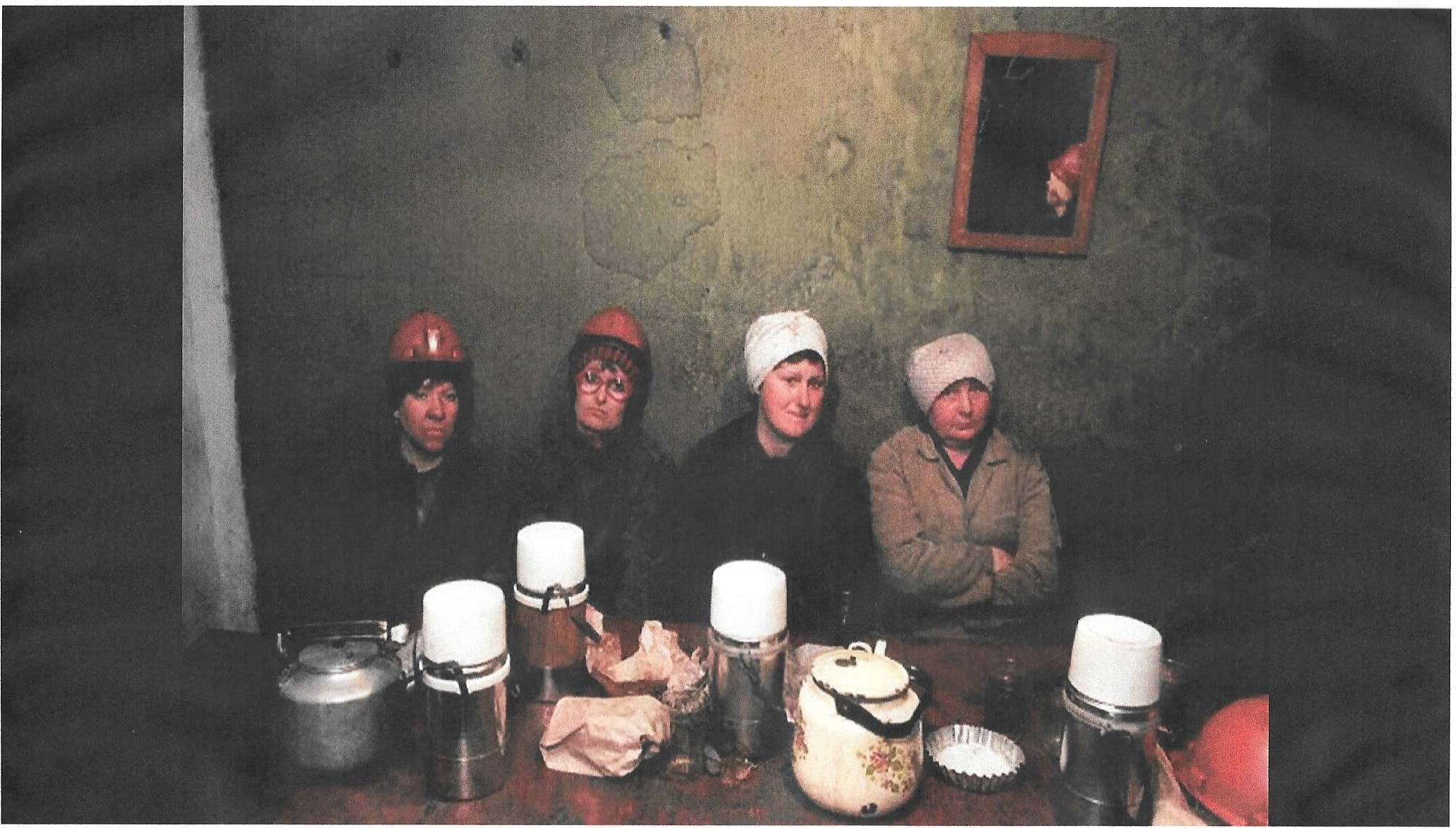 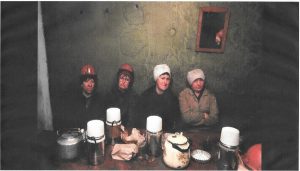 Painting of a Lunch Break at Construction Site (Photo from www.go2life.net).

My guest blogger’s witty and insightful lookback on her experience with the gender-based discrimination in the United States (legal before the Civil Rights Act of 1964) spurred me into sharing my Soviet immigrant perspective on women’s equality.

It didn’t take many hours in the U.S. to come to the conclusion that Americans had led a charmed life. No grocery lines, no notion of communal apartments, salespeople thanking customers, and no “nationality Jewish” in any documents.

An American woman could stop anytime at any store and get anything, even shoes, even bras. She did not have to bring jars and bags with her to pack her groceries. She had a shopping cart to stroll around a store like a queen!

If not communism, what was it? Surely not the merciless bloodthirsty capitalism as depicted by the Soviet Union! In my husband’s words, Khrushchev was spot on when he pledged two decades earlier that our generation of Soviet people would live in communism— after all he didn’t specify in what country.

My curiosity was boundless. I greedily squirreled away minutest observations and pumped my first American friends for the teeniest details that would give me a glimpse into what it meant to be American. In the fall of 1976, two months off-the-boat, I already heard about the movement for equal rights for women. Coming from a society where women considered it their duty to work I was baffled that it could be a choice or that a family would not go hungry on a man’s income.

To be fair, whereas the U.S. Constitution still does not guarantee equal rights for women, the U.S.S.R. Constitution guaranteed everything. Universal equality and all the freedoms under the sun: speech, press, assembly, demonstrations, conscience, religious worship, etc.

But the Soviet masses did not live in the exalted universe of constitutional freedoms, rule of law, building communism, and such. They lived in a parallel universe filled to the brim with lines for chicken and shoes and with uncontrolled corruption. 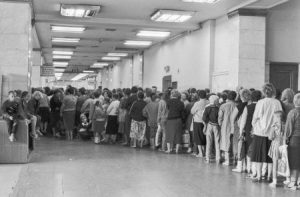 Tell me what’s more important: promoting more women to head companies and adding to the government’s only female, the Minister of Culture, or stocking up on toilet paper ?

Equality With Men, the Soviet Way 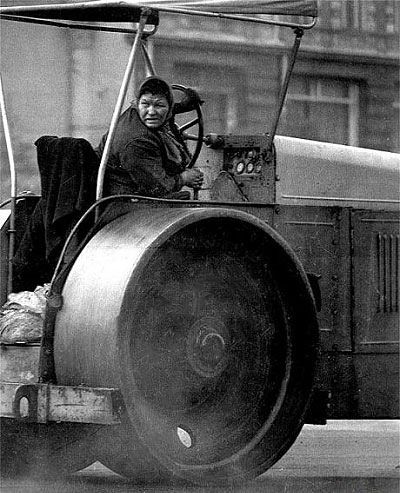 The Soviet Union prided itself less on women-professionals than on women working in physically demanding jobs—the ultimate proof of their equality with men. Muscle strength aside, the goal of defeating gender-based discrimination failed because only women could give birth—communist ideas proved powerless to change that. There was also the rampant mostly-male alcoholism, the firmly entrenched belief that “women have long hair but a short brain,” and the societal indifference to wife abuse.

Not simply indifference. Popular wisdom said that wife-beating showed true love. Like the saying went “love like your soul, shake like a tree.” After 3 months of marriage, my husband’s boss received a visit from his mother-in-law who warned him that his wife, her daughter, would leave him if didn’t hurry up and finally beat her up. That was in the 1970’s in the capital city of Kiev.

For a day by day chronicle of a typical week of a typical Soviet city woman, read A Week Like Any Other. I remember the uproar the story caused. The official opinion called it a farce, a caricature. The readers saw a revolution in the fact it was published. Nothing changed for women but at least the picture of their exhausting, dull, miserable, humiliating, mind-numbing existence was unveiled. 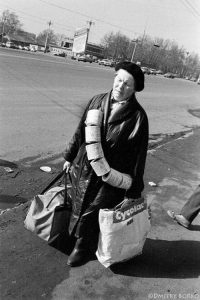 Open Doors to a Job

Now about my American experience with gender-based discrimination. In 1979, I began my computer programming career. At my first interview, my future boss gave me a tour of the company. It started awkwardly. We stood in front of a door, I expecting him to open it and he… I didn’t know why he just stood. As he put it later, he was reluctant to get in trouble for trampling women’s rights.

The moment he sensed the reason for my confusion he rushed to open the door and then all the doors on the tour itinerary. Then he helped me with my coat. He was so relieved I wouldn’t have been surprised if he’d kissed my hand. To this day, I believe that he decided to take a chance on me because of my old-fashioned attitude. But what does opening a door for a woman have to do with gender equality?