We Were Them, by Susan Weinberg 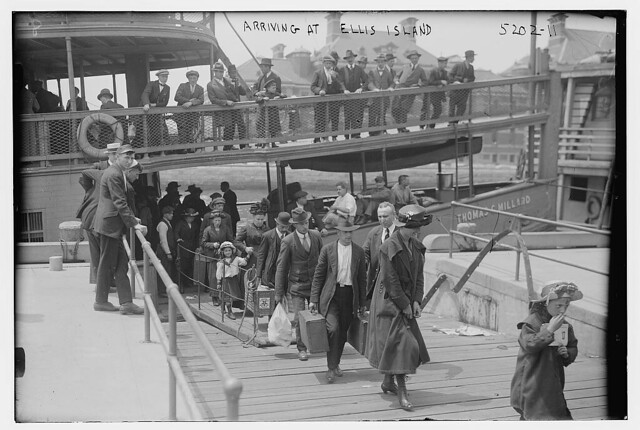 10 Jun We Were Them, by Susan Weinberg 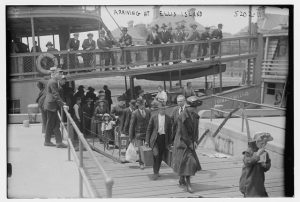 The United States is a nation built on immigration, yet our history has often been decidedly unfriendly to the immigrant. With immigration once again a topic of debate, it is useful to revisit our nation’s history.

For most of the 1800s there were few immigration requirements. After the Civil War the Supreme Court found immigration was a responsibility of the federal government which issued its first immigration law, the Chinese Exclusion Act of 1882. This law banned those of Chinese ethnicity, trapping many young Chinese men in bachelor communities in the United States. Most had come here during the Gold Rush and later built the railroad. They were unable to return to China for a temporary visit to family and unable to bring a wife to the United States.

This was followed by a spate of laws restraining immigrants from entering our shores. In 1882 we instituted restrictions on those deemed to be a likely public charge. This was frequently applied to women and children traveling alone. If a man didn’t show up to take responsibility they could be sent back. 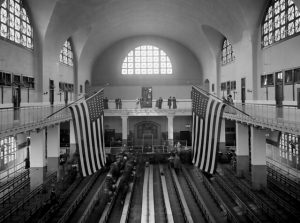 Restrictions continued in 1907 with a ban on persons with physical or mental defects, tuberculosis and children traveling without a parent. They would however let children remain if a parent picked them up. In my family there is a mystery child who came with my grandmother’s sibling, claimed my great-grandfather as her father and promptly disappeared. No doubt she was a cousin or friend avoiding the risk of being sent back.

In 1917 virtually all Asians were banned, and we expanded physical and mental defects to include homosexuality, not to be removed until 1990.

Immigrants continued to flood the US. Between 1900 and 1920, 14 million immigrants entered the country, 13% of the population. In the first quarter of the century, over 1.75 million Jews came to America. This number was dwarfed by the 3 million Italians who came between 1900 and 1915. This was a time of racial prejudice, a belief in eugenics and high unemployment.

The Russian revolution had ignited the first Red Scare and nativism and xenophobia were at a peak.  All of these were factors behind the Immigration Act of 1924, an effort to turn back the clock. The law put a quota system in place based on the percent of each group in the 1890 census. This advantaged the British, Germans and Irish who made up 70% of the early population and severely limited the number of Jews and Italians at whom it was aimed. If you fell within the quota you needed to acquire a visa with extensive documentation to enter the country. The national origins system remained in place until 1965.

The next wave of Jewish immigrants came after WWII, survivors of the Holocaust. Antisemitism in the State Department and Congress restricted US efforts to save Jews during the war. A 1939 proposal to admit 20,000 Jewish children, similar to the Kindertransport, was defeated in Congress with opposition from 60% from the public.  The ship, the Saint Louis, with over 900 German Jews, was turned away with many sent to their death. The US had visa capacity for German Jews but dispersed only 30% of the German quota during the war.

For three years after the war there was no legislation to allow refugees entrance. By the time it occurred, most had gone to Israel. Truman, frustrated by this inaction, took an executive action in 1945 to apply remaining visa capacity to these refugees. This brought in 15,000 Jewish refugees, most with family in the US.

The larger question of legislation was finally addressed in 1948 allowing an initial 200,000 refugees of which 80,000 were Jewish. Jewish leaders purposely sought to widen the scope to all refugees, certain that something directed at Jews would not pass. In fact, in 1948, 53% of the public favored admitting displaced persons, but 60% favored placing restrictions if most of them were Jews. Legislation favored agricultural workers, a slant that Truman called flagrantly discriminatory against Jews.

This was the time of the Red Scare and the Rosenberg trial when 21% of Americans believed most Jews were Communists. Two thirds of those questioned by McCarthy’s Senate committee in 1952 were Jewish. Upon immigrating, survivors were queried about Communist involvement.

After the war, the basis for quotas was updated to a 1920 basis from 1890. That 1924 law was finally eliminated in 1965 as we refocused on skills and family reunification.

The third wave of Jewish immigrants came from the former Soviet Union under the Refugee Act of 1980. This law deals with overseas refugees and asylum seekers. Many went via a circuitous route with Israel as the purported destination, then sought political refugee status in transit to come to the US.  There they were interviewed by consular staff and it was determined if they were refugees.

They came to the US in hopes of leaving the virulent antisemitism of the Soviet Union behind. One immigrant described her US experience in contrast to that of Russia:

We’re Russian but we’re not.  We’re from Russia, but we’ve never been Russian. We’ve always been Jews. Jews here and Jews there. But here we’re Americans, American Jew. Over there we were just Jew. Period.

Although Jews are well integrated into the America experience, our immigrant past is not distant.  For many of us it influences values and perspective, reminding us that we were once “them.”

Susan Weinberg is the author of We Spoke Jewish, an exploration of the Jewish immigrant experience during the 20th century drawn from interviews with Jewish elders. Her blog Layers of the Onion can be found at sgweinberg.blogspot.com.