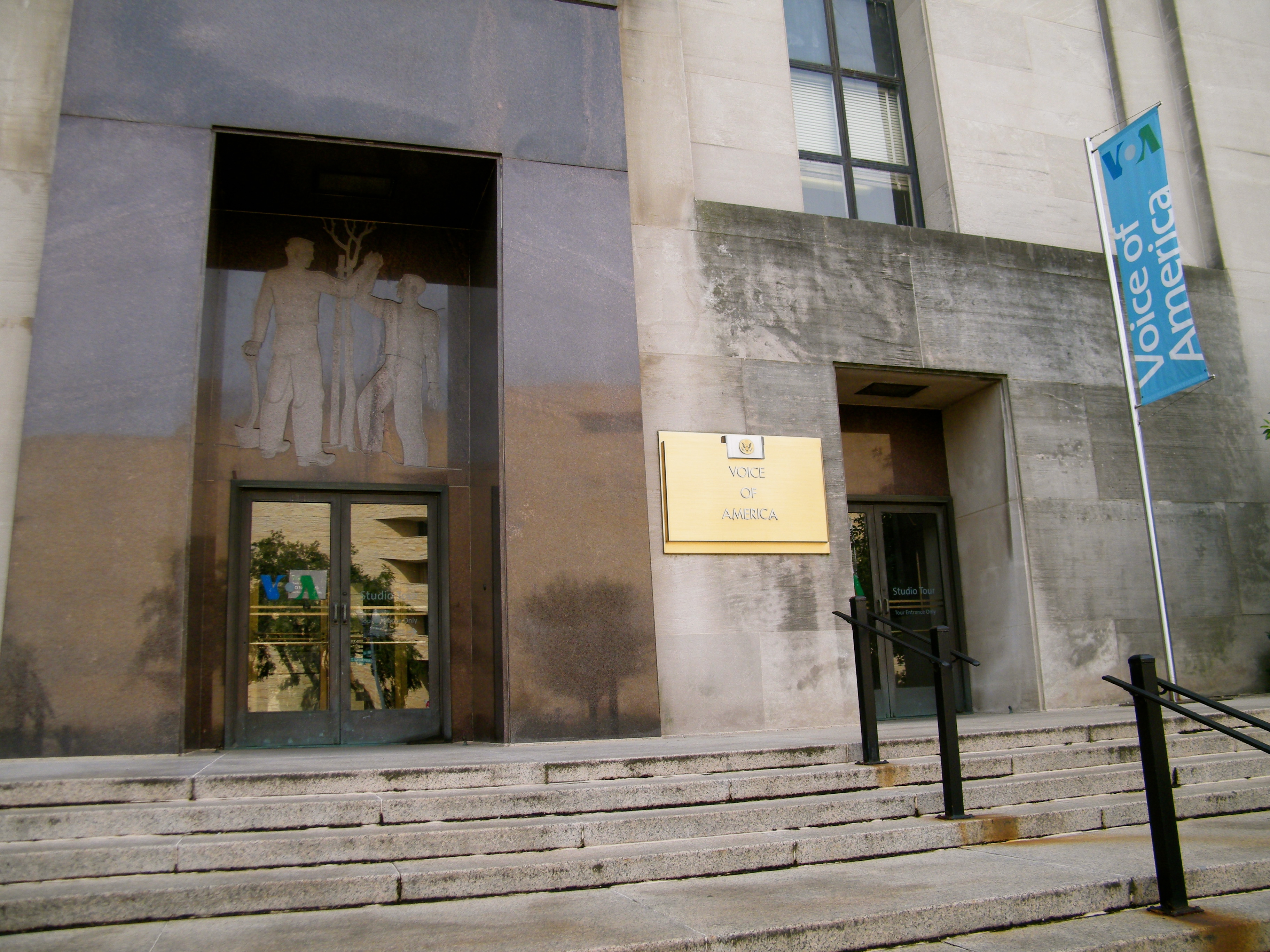 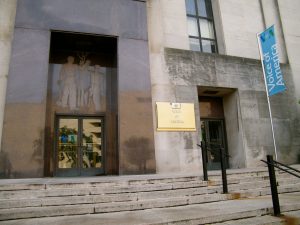 Voice of America Headquarters. Photo from: https://en.wikipedia.org/wiki/Voice_of_America (By Sarah Stierch – Own work, CC BY 4.0, https://commons.wikimedia.org/w/index.php?curid=16518454)

Now the broadcasts are distributed by satellite, cable and on radio, streamed on individual language service websites, social media sites and mobile platforms.

In 1947, VOA started broadcasting to the Soviet citizens in Russian to “give listeners in the USSR a picture of life in America,” “the pure and unadulterated truth” about life outside their borders. The Soviet Union began electronically jamming VOA broadcasts in 1949.

In 1953, a decree ordered the end of the mass production of shortwave receivers in the Soviet Union. But production was increased. By 1958, there were 20 million sets in homes across the country, mainly used for listening to Western propaganda.

Lenin believed that realism meant reporting “not what is, but what should be;” that a true bolshevik would believe that black was white and white was black, if the party required it. Western broadcasting reported true facts and became an effective tool of ideological intervention.

VOA news and music, especially jazz, were eagerly awaited each night behind the Iron Curtain. The Soviet regime had to admit to previously suppressed or misrepresented news after people learned them from VOA.

Some observers credit VOA and similar programs with being a major factor in the defeat of Communism. Alexander Solzhenitsyn: “American broadcasts are the mighty non-military force which resides in the airwaves and whose kindling power in the midst of Communist darkness cannot even be grasped by the Western imagination.”