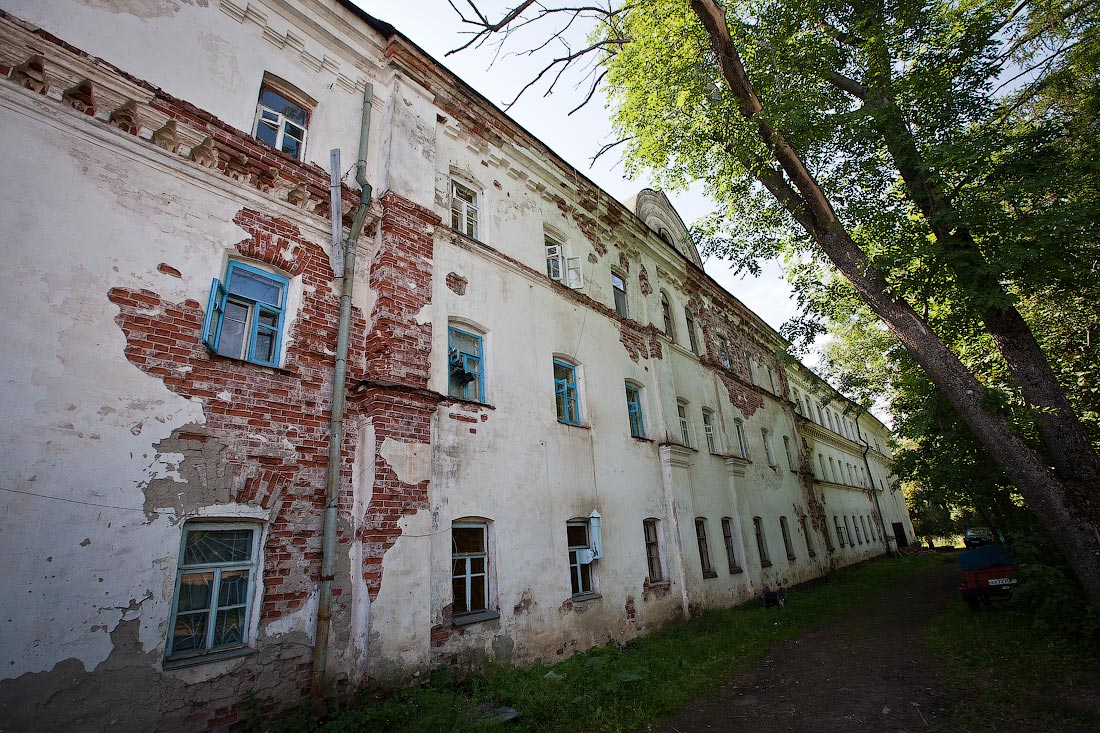 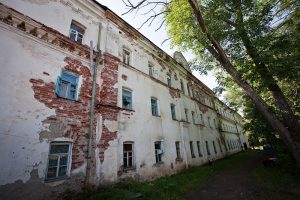 Valaam is the largest island of an archipelago in Lake Ladoga, the largest lake in Europe located in the north of Russia near Finland to whom it had once belonged. It is the site of an Orthodox monastery founded at the end of the 14th century.

After World War II, it was also home to the severely disabled homeless veterans that became known as the “graveyard for war veterans.” It operated on the territory of the monastery from 1950 to 1984.

Solovki (Solovetsky Islands) is an archipelago located in the White Sea, Russia. It is the site of the famous Russian Orthodox Solovetsky Monastery complex founded in the 15th century.

From 1921 to 1939, the islands hosted the first Soviet prison camp as part of the Gulag system that became known as Solovki. After World War II, disabled homeless war veterans were sent there.

In 1974, the Solovetsky Islands were designated a historical and architectural museum and a natural reserve of the Soviet Union. In 1992, they were inscribed on the World Heritage List “as an outstanding example of a monastic settlement in the inhospitable environment of northern Europe which admirably illustrates the faith, tenacity, and enterprise of later medieval religious communities.”

Homeless veterans disabled in World War II became street beggars after the war. Fixtures on the streets of large cities, they were seen by the victorious country as tarnishing the landscape of the nation –  the very sight of their stumps had a demoralizing effect.

The cleanup of the landscape was accomplished in 1949, in preparation for Stalin’s 71th birthday celebration. It was an impressive mop-up operation carried out with enviable efficiency. The militia rounded up homeless veterans in Kiev and other important cities, loaded them into cattle cars, and sent them to camps in Valaam, Solovki, and Siberia. It took one night.

It was suggested that just the city of Kiev contributed several thousand victims that night. Stories are told that those who attempted to commit suicide by throwing themselves on the rails were picked up and tossed into the cars.

In Solovki, at the House of War and Worker Disabled Veterans, the so-called “samovars,” people with no limbs, were taken outside for fresh air and attached to tree branches with ropes; if forgotten they froze to death.

Some of the veterans had received their injuries at the end of the war when, in order to save tanks, they were sent into minefields to clear the mines with their bodies and, thus, speed up the day of victory. Rumor has it that Marshall Zhukov boasted of that technique to General Eisenhower who was stunned by the revelations of his Soviet counterpart.

After that operation of 1950, the holiday parades did not include disabled war veterans who would bring to the surface unpleasant memories. The country was accustomed to purges—now it was the useless disabled veterans turn.

Much later, war veterans became eligible for some perks: they could not be fired; they were allowed to cut in front of the line for groceries to the consternation, even hostility, of the rest of the queue. The idea that nothing “ugly” existed in the Soviet Union reflected in one official’s pronouncement “There Are No Invalids in the USSR!”