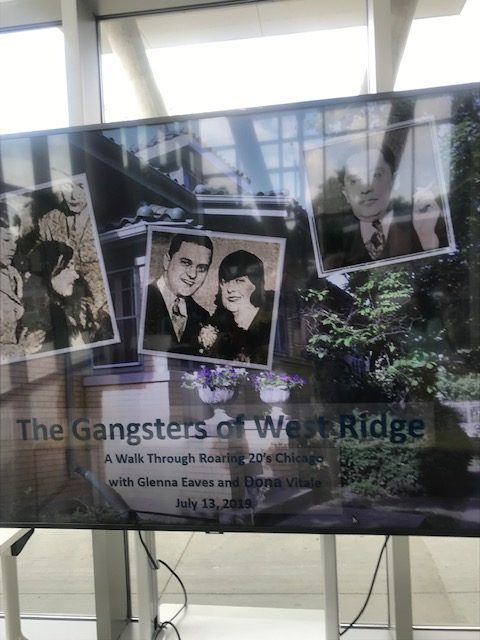 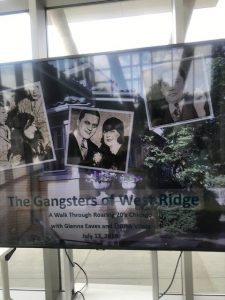 The Gangsters of West Ridge

This was the name of the walking tour offered last Saturday by the Rogers Park Historical Society. The safe, trustworthy West Rogers Park (its old name was West Ridge) and gangsters in the same sentence – simply not possible.

The very first stop proved that I could not be more wrong or more ignorant. Notorious gangsters, particularly the “Bugs” Moran people, were among the first to build their family homes in this largely rural area in the 1920s. Apparently, they valued peaceful neighborhoods.

Take 7002 N. Western, for example. Now a School of Music, in 1930 the building stored a cache of dynamite. It belonged to Joe Aiello, a wannabe Al Capone, as he was preparing to lay claim to the mafia throne by blowing up his rival. 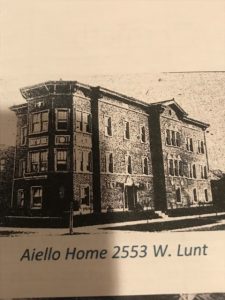 Conveniently, Joe lived literally around the corner from the stash, at 2553 W. Lunt. The Chicago Tribune described him as “the toughest gangster in Chicago, and one of the toughest in the country”. Police got to the dynamite first and thus prevented change in management.

Scarface never lived here – imagine the bragging rights it would give Rogers Park-ers if he did! – but he left nothing to chance, so Joe found himself the recipient of 59 bullets. To quote the Chicago Tribune –

Joe Aiello goes to his grave in a $11,800 coffin. Curious spectators outside the home of the slain north side gang leader at 2553 Lunt Avenue just before the cortege was set in motion toward the cemetery. The funeral was described as “not spectacular” – except for the bronze casket and floral pieces estimated to have cost $15,000.

Joe’s two-family house was designed by Alexander Capraro, the first Italian-born architect licensed in Illinois. A single family owns it now but originally the second-floor apartment went for $225 a month (about 2K in today’s money). That’s how much we paid 50 years later for our first American apartment at 7004 N. Paulina, a dozen blocks east from the dynamite, in the lowly East Rogers Park (about $1,200 today).

Good For You, Bad For Me

Incredibly, big-wig mafia jobs were consistently in demand, in spite of their foreseeable end. The fringe benefits must have been worth it while they lasted.

You’d think that “Big Tim” Murphy, the six feet three head of a powerful Irish-American gang, knew what to expect. His movie-like execution in 1928 attracted the attention of New York Times and local newspapers:

MACHINE GUN KILLS ‘BIG TIM’ MURPHY; Chicago Mail Robber Is Ambushed Outside Home by Gang in Auto. … Murphy Was Listening on Radio to Convention When He Was Called to Door and Shot….

Timothy D., or, as he was better known, “Big Tim” Murphy, Chicago’s pioneer labor racketeer and a mail robber as well, was killed by machine gun fire…

A machine gun barrel was thrust through the window of a sedan cruising slowly by the Murphy bungalow… The bedtime quiet of the Rogers park neighborhood was broken by the gun’s deadly rat-a-tat-tat. 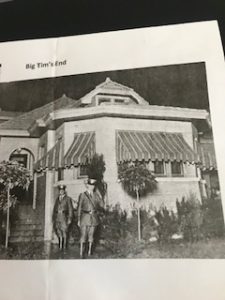 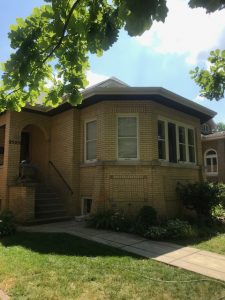 And then there was Jack Zuta, Capone’s then “Bugs” Moran’s business manager and mob enforcer, who had an interest in s speakeasy/possible bordello  at 6719 N. Artesian. He was a Jewish immigrant from Russia. Threatened by his comrades-in-arms, Zuta had to flee Chicago for Wisconsin. 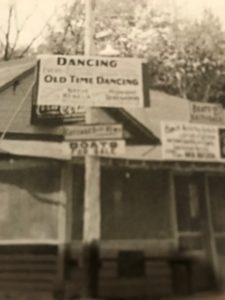 He was executed in a dancing hall while listening to the song Good for you bad for me on a jukebox. Perpetrators never identified, in case you’re wondering.

The docents that led the tour showered us with names and stories of other famous and infamous occupants of the Rogers Park bungalows where traces of the past bookmaking connections remain. Among them, Olympic athlete Spangler, Cub player Stan Hack, and the legendary George Halas. I wish I remembered more.

Despite its unappetizing beginnings, this area had grown into an ideal place to introduce immigrants to America – a peaceful, down-to-earth, welcoming place. Between the 1970s and 1990s, the Soviet immigrants made their first steps here, though in apartment buildings, not bungalows. Thank you, Rogers Park – we were lucky to have you and we will always love you.