“The Noise of Time,” by Julian Barnes 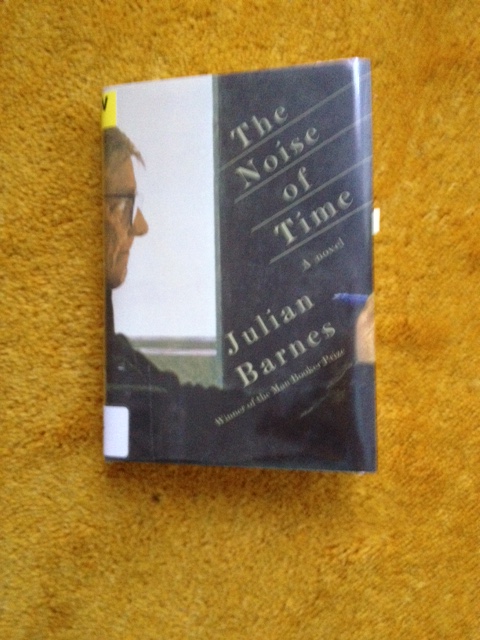 30 Jun “The Noise of Time,” by Julian Barnes

Think that fear would never define you? Think again!

They say that history gets clearer the greater the distance. But the Soviet world, particularly the Stalin’s reign, doesn’t—how to wrap one’s mind, to imagine even, the unerring omnipotent father-of-all image, the mass fanatical devotion, and most importantly the mass fear that permeated everybody’s being?

Julian Barnes’ latest novel The Noise of Time does not attempt an explanation. The biographical account of the famous Soviet composer Dmitri Shostakovich who lived in that era, it asks the reader to put themselves in the shoes of his character and to judge. Or not to judge. 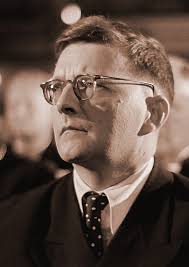 In 1936, the start of the Great Terror, Stalin’s disapproval of the opera Lady Macbeth of Mtsensk signals probable arrest and possible execution—the worst moment in Shostakovich’s life, thus far. He spends 10 nights at the landing in front of the elevator, “a man, like hundreds of others across the city, waiting, night after night, for arrest.” He fears for his family, “for anyone who had ever entered or left his apartment.”

In 1948, Stalin forces Shostakovich to attend the Cultural and Scientific Congress for World Peace in New York “as a figurehead, a representative of Soviet values.” The composer mumbles through one speech prepared for him and lets the translator deliver the second. He hopes that his audience will realize that he did not write the words attributed to him and that he has no choice but read them. The failure of Western communists to grasp the true situation in the Soviet Union makes him feel helpless and bitter.

In 1960, in Khrushchev’s times, when “the Power had become vegetarian,” there is no longer any danger to Shostakovich’s life. But he who had vowed “not join a party which killed” allows himself to be manipulated into becoming a Party member. Only in his fifties, he thinks of himself as an old man, spiritually broken, his principles wrecked. His defeat is complete—“by allowing him to live, they had killed him.”

All his life, Shostakovich strives to create true art that would “drown out the noise of time;” he struggles with questions of personal and artistic honesty, fear and cowardice, the role of the art in society, the corrosive effect of tyranny. The three parts of the book correspond to the conclusion that “a soul could be destroyed in one of three ways: by what others did to you; by what others made you do to yourself; and by what you voluntarily chose to do to yourself.”

(Was the composer’s spirit indeed defeated by “the noise of time”? An event chronologically out of range of the storyline took place in December of 1962: his Symphony No. 13 was performed in Moscow. Its first movement, “Babi Yar,” was set to the Yevtushenko controversial poem by the same name .

The government unsuccessfully attempted to cancel the performance by making singers and conductors withdraw. It became not merely a major event in music but an act of political defiance.

After two performances, Yevtushenko was forced to change some lines but that did not save the symphony from being soon banned in all Soviet-bloc countries. The score and the text were smuggled to the West where the work was performed and recorded.)

Brilliant and enlightening, The Noise of Time is a portrait of the times as much as a chronicle of one man’s tragic life. Tragic because it fell on the era of pervasive fear and hypocrisy that stifled art, talent, creativity. But as someone who spent the first 30 years in that world, I will testify that not one life could escape from that tragedy.

Books of the caliber of The Noise of Time, by Julian Barnes do not come out often.