The Harvest of Forbidden Fruit

31 Jul The Harvest of Forbidden Fruit

Scene from movie Doctor Zhivago based on Boris Pasternak’s novel. Photo from: http://www.dailymail.co.uk/femail/article-3827944/The-tortured-love-affair-inspired-Dr-Zhivago.htmle

You should have seen me in Rome where we waited for the American visas in the summer of 1976! Three weeks out of the Soviet Union – and already (almost) no awe for ever-present food or for salespeople’s thankyou’s (danke schön in Vienna, grazie in Rome.)

An exotic sensation that, I realized much later, was confidence supplanted the awe. Confidence that the world was mine to conquer, no more no less. I thumbed my nose at my motherland from whose grip I miraculously wriggled out—oh the heady revenge!

But no revenge was complete until the books banned (or officially reviled which amounted to the same thing) inside the Soviet Union were in my hands.

Hungry for the forbidden fruit, the Soviet immigrants rushed to the Tolstoy library (a charity established by Leo Tolstoy’s daughter) to put their names on the waiting lists for Doctor Zhivago, Master and Margarita, the Russian translation of The Great Terror, and various other titles previously out of reach.

The name Zhivago is recognizable: a movie with Omar Sharif, a Russian restaurant near Chicago, and an Australian clothes label. And OMG@Zhivago is a music shop in Galway, Ireland! They took their names from the book.

You may or may not be familiar with it but if you are a former Soviet who remembers the Khrushchev’s foray into book-critiquing, this title is a mighty symbol. A symbol of what? Well…. Of Soviet-ness, I guess.

Rejected for publication in the Soviet Union, the author, Boris Pasternak, let the manuscript of Doctor Zhivago be smuggled to the West where it was translated and published in 1957.

That fact of brazen un-patriotism and the criticism of the revolution and the Gulag in the novel made him an instantaneous outcast. To add insult to injury, Pasternak won the Nobel Prize for Literature.

Everybody directed to do so, from intellectuals to dairymaids, denounced him as a traitor and his novel as slanderous – the phrase “I have not read this book but I condemn it” became a commentary on similar situations in the future.

Barely a teenager at the time, I remember that his open letter to Khrushchev begging not to be exiled to the West and his telegram to the Nobel Committee declining the prize brought tears to my eyes. 30 years later, the prize was accepted by his son and the book published in Russia .

Of the total of 5 Russian writers who ever earned the honor, 1 emigrated after the Bolshevik Revolution, 2 were forced to emigrate, 1 was persecuted.

I inhaled the book but found myself not admiring its qualities as much as trying to understand the reason for its rejection. Had it come out in the Soviet Union with no hullabaloo like so many anti-Stalinist works in vogue in those years, it might not have made a splash (and the author’s life and the country’s reputation would remain intact.)

But then we would not get one of the best illustrations of Soviet life in the form of the hullabaloo, a wonderful movie would not be produced, and the places with Zhivago in their names would be called differently.

By the time my turn came for Master and Margarita, by Mikhail Bulgakov, I was not disappointed that the story went over my head. Except for one meaningful line “Manuscripts don’t burn.” 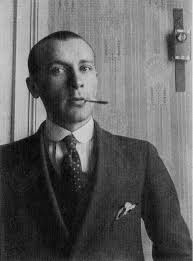 The book published in the Soviet Union was so heavily criticized and so rarely available that few people read it.

The last forbidden fruit in my basket, The Great Terror, by Robert Conquest, delivered such an all-encompassing history of Stalin’s reign that nothing could add to the topic. 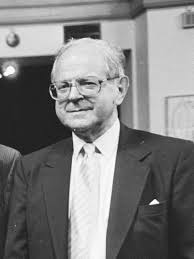 I especially appreciated the fact that Conquest was not fooled by Soviet assertions that Stalin was a one-off hiccup on the path to communism and that, the executioner out of the way, the system leading to the shining goal remained pure.

This is the nature of forbidden fruit—you paw the ground with anticipation to reach it only to discover that it may or may not be sweet, just like anything else you encounter. Having realized that, I was ready to tackle English and the world ahead that was mine to conquer.