The Betrayers, by David Bezmozgis 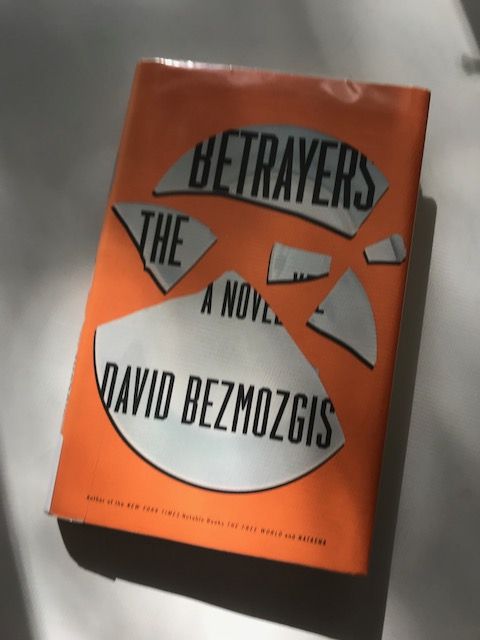 30 Sep The Betrayers, by David Bezmozgis 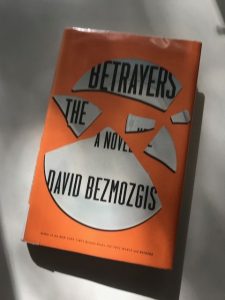 The Betrayers, by David Bezmozgis. Little, Brown and Company. 2014.

The Heroes And the Villains

The Betrayers is the latest book by one of our children as I call the little ones for whose freedom we, the Soviet immigrants, had braved extraordinary risks. The Betrayers is about the fearless dissidents in whose steps the rest followed. Some noteworthy authors arrived holding their parents’ hands. Now they try to understand and try to make the world understand the heroes and the villains, the costs and aftermaths of that era.

In the time of persecution and life-defining choices, the topic of betrayal is especially complex. It’s interwoven with issues of morality, revenge, justice, forgiveness.

David Bezmozgis depicts two days in the life of a former 1970’s Soviet refusenik turned hero-worshipped Israeli politician Baruch Kotler. Aside from the scandal that hounds the protagonist, the novel is based on the life of a prominent Soviet dissident. While the author shares with the readers the political views of the characters and the political background of the events, the book remains neutral and the drama remains human. The seemingly simple plot takes place decades after Kotler’s dissident and Gulag years.

Sixty-something Kotler and his young mistress travel to a rundown Crimean town where he had vacationed as a young boy. This is his way to avoid the media blitz to expose his affair as payback for not backing down from his political stand. In Crimea, he runs into Vladimir Tankilevich who had informed on him to the KGB 40 years before.

In the eyes of the beholder

As former roommates and confidantes confront each other, each is convinced that he suffered more. Kotler’s life is “shorn of thirteen years” spent in the Gulag. During these years his parents died. The long separation fractured his marriage. “There is no compensation for such losses.”

Far from remorseful, Tankilevich, too, sees himself as a victim. He sacrificed his conscience to win amnesty from the KGB for his criminally-minded brother. He ended up sick, humiliated, and hopeless while Kotler “benefited from this Gulag” that earned him his exalted status.

Kotler is a man of principle, to a fault. “There are matters of principle where you cannot compromise. Under any circumstances” is his credo. He refuses to adapt to the Soviet system. With his life at stake, he refuses to inform on others in the Gulag. He refuses to be politically blackmailed. He refuses to forgive Tankilevich. On all counts, Kotler deserves his reputation as a hero and a saint.

“A saint loved the world more than any single person, while a man loved one person more than the whole world.” Could Kotler be also a flawed man? He betrays his wife who was instrumental in his release from the camp and his elevation to a household name. He betrays his daughter by having an affair with her friend. Though not resentful toward Tankileich any longer, he shows no mercy to him. Not capable of confronting the wreckage he caused he runs away leaving his family to discover his affair and his disgrace from the newspapers.

So, does the plural in the title of the book refer to Kotler, too, as a betrayer? The author wants the reader to consider this question and many others. What is the cost of rigidly sticking to one’s principles? Is there absolute truth, fairness, justice, loyalty? Are people what they seem? Are we all betrayers?