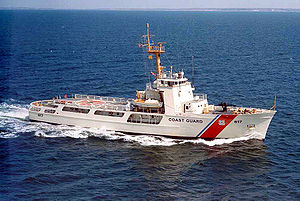 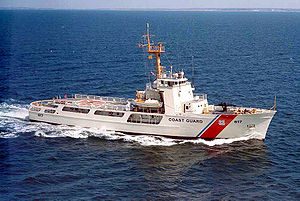 As a Carcass or as a Stuffed Body

Precious few of the remaining over 99% of the population had their minds set to break through even as a carcass or as a stuffed body, to use a Russian expression. No one knows the statistics but the rumored escapes could not have all been legends. And each was as one-of-a-kind as its fearless architect.

Marriages of convenience became the obvious option. Hence, the joke “a Jewish spouse is not a luxury but a means of transportation.”

I had met two couples that switched spouses with their non-Jewish friends to enable them to emigrate. Gog help them if one set of the “newlyweds” did not receive their permission.

A non-Jewish neighbor forbade his adult children to date anybody except emigration-bound Jews. “If they get involved with somebody unsuitable we’ll never get out of here,” he said. I wonder sometimes what happened to that family. 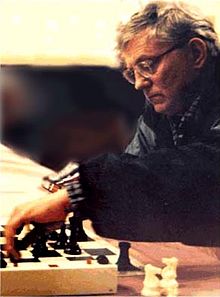 No method was simpler than the chessplayer Igor Ivanov’s. All he had to do was run. On the very first international trip he was allowed to join, the plane taking the Soviet delegation home from a tournament in Cuba made an emergency stop in Canada. Ivanov dashed across the airfield, KGB agents at his heels. He was granted political asylum in Canada where he became Chess Champion and earned titles of Chess Grandmaster and International Master.

Simas Kudirka, a radio operator on a Soviet commercial ship, must have been quite an athlete. In 1970, when it was anchored near Martha’s Vineyard, Kudirka leapt onto a U.S. Coast Guard vessel and became the center of what is known as the Kudirka incident. Unsure about policy on asylum seekers, the Costal Guard let the Soviet crew take Kudirka back, bound and gagged. He was sentenced to 10 years of hard labor.

Thankfully, the affair did not end there. Congress conducted hearings. Coast Guard changed its asylum policy and included this incident in their training curriculum. A well researched book A Day of Shame spurred an investigation that discovered that Kudirka’s mother was born in the United States. That made him an American citizen. The family was allowed into the United States. He wrote an autobiography For Those Still at Sea and regularly spoke on Radio Liberty. The television movie The Defection of Simas Kudirka received two Emmys.

In 1974, an oceanographer Stanislav Kurilov swam 60 miles to his new life. He was on a “cruise to nowhere” (officially “Cruise from winter into summer”) that sailed from Vladivoskok in the Far East toward the equator and back without stopping in any port.

In the middle of the night, armed with only snorkeling mask and flippers Kurilov dove from the 14-meter-high deck into the stormy ocean. It took two days and three nights to reach the Philipines. He had trained himself for this opportunity for a long time.

“I succeeded. I would have succeeded even had I died,” he later wrote in his memoir Alone in the Ocean.

In his book Soviet Defectors: The KGB Wanted List, Vladislav Krasnov, a defector himself, mentions other similar though not as remarkable escapes from the “cruise to nowhere.”

Illumination, sound alerts, and vigilant patrol that hunted everything that moved made running, crawling, or swimming away from Soviet territory (almost) impossible. The friendly skies were less impenetrable. A courageous man had a reasonable chance of landing at a foreign airport before he was missed. Of course, he had to live in the border area, have access to an airplane and know how to pilot it.

Finland had an agreement with the Soviet Union to return its traitors. That left Turkey, Iran, West Germany, Austria, and Japan to host the flights originating in the Caucasus, East Germany, and the Far East.

It would not occur to an average Soviet person that planes transported defectors often enough for the poet Iosif Brodsky to toy with the idea to use a small plane for this purpose.

The escape of Viktor Belenko, an aerospace engineer and a military pilot, was quite a coup for the U.S. Air Force.

He delivered the newest Soviet jet fighter to Japan that turned it over to the U.S. Belenko was too big a fish to pretend his defection did not take place.

Except that the Soviet media offered a version different from the one reported by Voice of America. It included exciting details like getting lost, landing in Japan to fuel the plane, and receiving a dose of psychotropic drugs.

Belenko consulted for the U.S. Government for many years. The writer John Barron told his story in The MiG Pilot.

The deserters-by-air carried out their plans mostly on the MiG’s. These planes were named after their designers, Mikoyan and Gurevich. The word “mig” also means “instant” in Russian. Belenko’s success gave birth to a joke: “To Japan instantenously!”

A Day of Shame, a Jewish spouse is a means of transportation, Alone in the Ocean, as a carcass or as a stuffed body, Canadian Chess Grandmasters, Canadian International Master in Chess, Cruise from winter into summer, Cruise to nowhere, For Those Still at Sea, Igor Ivanov, Kudirka incident, MiG-25, Simas Kudirka, Soviet defectors, Soviet Jewish emigration, Stanislav Kurilov, The Defection of Simas Kudirka, The KGB Wanted List, The MiG Pilot, US Coast Guard asylum seekers policy, Viktor Belenko, Vladislav Krasnov