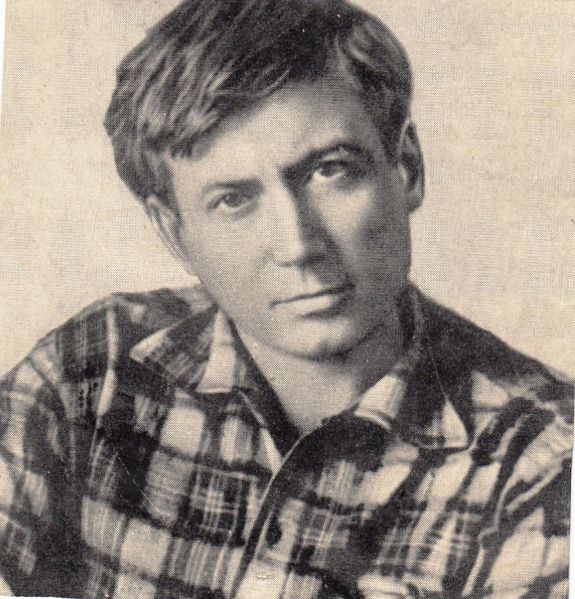 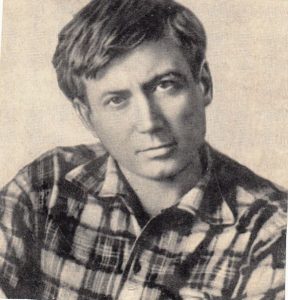 Righteous Men For One Night

On June 10, 2020 was 110 years since the birth of Valery Kosolapov. Who is he and why should I write about him, and why should you read about him? Valery Kosolapov became a righteous man for one night, and if he hadn’t then we would have never learned of the Yevtushenko’s poem Babi Yar. Kosolapov was then the editor of the leading periodical Literaturnaya Gazeta (Literary Newspaper) that published this poem on September 19, 1961, on the 20th anniversary of the tragedy in the ravine. And that was truly a heroic deed.

After all, Yevtushenko himself admitted that, at the time, these verses were easier to write than to publish. It all began when the young poet met the young writer Anatoly Kuznetsov, the future author of the novel Babi Yar that came out heavily censored in the Soviet Union and, after the author’s defection, in the West, uncensored. It was Kuznetsov who told Yevtushenko about the Babi Yar massacre. Yevtushenko asked Kuznetsov to take him to the ravine and was shaken by what he saw.

“I knew that there was no monument there, but I expected to see some kind of marker or some well-groomed place. Suddenly I saw an ordinary landfill, a sandwich of stinky garbage. And this was where tens of thousands of innocent people, children, old people, women lay in the ground. Before our eyes, trucks drove up and dumped more and more heaps of trash where these victims lay,” Yevtushenko said.

He asked why this place was surrounded by such evil conspiracy of silence. Kuznetsov’s answer:  because 70 percent of the people who participated in these atrocities were Ukrainian policemen who collaborated with the Nazis, to whom the Germans palmed off the dirty job of murdering innocent Jews. 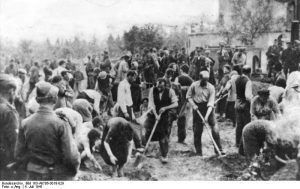 Yevtushenko later said that he was so shocked, so “ashamed” of what he saw that he composed his poem in one night, and on that night he was a righteous man. He read it to several poets who visited him in the morning, then called some others. Someone ratted him out to the Kiev authorities, and they tried to cancel his upcoming concert. But Yevtushenko did not give up and threatened them with a public scandal. So that evening, Babi Yar was performed publicly for the first time.

“There was a minute of silence, the silence seemed endless. Then a little old woman got up and limping, leaning on a cane walked slowly across the stage toward me. She said that she was in Babi Yar, one of the few who managed to crawl through dead bodies. She bowed to the ground in front of me and kissed my hand. No one had ever kissed my hand before,” Yevtushenko recalled.

Back in Moscow, Yevtushenko went to the Literaturnaya Gazeta. The newspaper’s editor, Valery Kosolapov, was known as a decent person with liberal views, naturally within limits. Obviously, he was a Communist Party member , otherwise he would never have ended up as the chief editor. He read the poem right there and then and said slowly that it was very strong and necessary.

“What are we to do with it?” Kosolapov thought out loud.

“What  do you mean?” Yevtushenko pretended not to understand. “To publish.”

Yevtushenko knew very well that when editors said “strong poem,” they invariably added: “but it can’t be printed just now.” But Kosolapov looked at him sadly and even with some tenderness. As if the decision was not up to him. “Yeah,” he said, “well, you have to wait in the hallway. I have to call my wife.” “Why do you have to call your wife?” Kosolapov replied that this must be a family decision. Yevtushenko was surprised – why family? And was told, “I’ll be fired when the poem appears in print. I have to consult her. Go wait. In the meantime, we will typeset it.”

Kosolapov had no doubt that he would be fired. And this did not simply mean the loss of a job. This meant a loss of prestige, loss of nomenclature status. Denial of privileges, special rations, vacations at prestigious resorts…

We Decided To Be Fired

Yevtushenko got worried. He sat in the hallway and waited. The wait dragged out, it was unbearable. Meanwhile, the poem spread over the editorial office and printing house. Simple workers from the printing house approached him, congratulated him, shook hands. An old typesetter came. “He brought me a little bottle of vodka, already opened, and a pickled cucumber with a hunk of dark bread. The old man said, “Hang on, hang on, they will print it, you’ll see.”

And then Kosolapov’s wife arrived and the two of them locked themselves up in his office for almost an hour. She was a big woman. During the war, she was a nurse, carried many on her shoulders from the battlefield. And this grenadier comes out and comes up to Yevtushenko: “I would not say that she was crying, but her eyes were a little wet. She looks at me searchingly and smiles. And she says, “Don’t worry, Zhenya, we decided to be fired.” Listen, it’s just beautiful. This is powerful: “We decided to be fired.” It was an almost heroic act. Only a woman who walked under bullets would not be afraid.

In the morning, troubles began. People from the Central Committee showed up screaming: “Whose oversight was it, who overlooked it?” But it was too late – the newspaper was flying out of the kiosks with a vengeance.

During the week, ten thousand letters, telegrams and radiograms came, even from ships. The poem spread like lightning. It was transmitted by telephone. There were no faxes then. People called, read, recorded. Yevtushenko said that he received calls from Kamchatka in the Far East. “I asked, ‘How could you read it, the newspaper has not yet reached you?’ They said, “Someone read it to us on the phone, we wrote it down.”

Yevtushenko was saved by the worldwide reaction to the poem. Within a week, his poem was translated into 72 languages ​​and printed on the front pages of all major newspapers, including American. Within a short time, he received 10 thousand letters from different parts of the world. And, of course, not only Jews wrote letters of thanks. Not only Jews. The poem has stirred many. But there were many hostile actions too. The word zhid was scratched out on his car, threats rained down.

“Huge, basketball-height university students showed up. They undertook to guard me voluntarily, although there had not been any assaults yet. But potentially they were possible. The students spent nights in the stairwell, my mother saw them. So people really supported me,” Yevtushenko recalled. “And the most important miracle, Dmitry Dmitrievich Shostakovich called. My wife and I didn’t believe it at first, we thought it was some kind of bully calling, playing pranks on us. He asked for my permission to set my poem to music.”

Only Conscience Behind Him

This story has a happy ending. Kosolapov accepted his dismissal with such dignity that the Party gang got scared. They decided that he was so calm because someone was probably behind him. And after some time he was put in charge of the Novy Mir magazine. “There was only his conscience behind him,” Yevtushenko summed up. “He was a mensch.”

The memorial on the Babi Yar site opened in 1976 – after many years of chasing away and arresting people who gathered there to remember their murdered families on the anniversary of the massacre, after 35 years after the atrocity took place, a few months after our emigration.