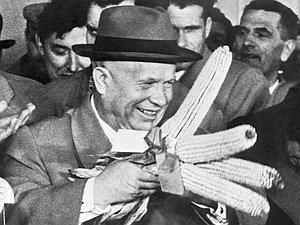 Previous: School. 4: Sholom Aleichem. No to Math. Yes to Languages

Jewish Is Who I Am!

At the time, there were two Jewish kids in my class that I knew of, besides me. One, Rita, lived on the same landing as me.

(Our families were not on speaking terms: her father, Avram’s coworker, had a penchant for reporting un-Soviet deeds, mainly those perpetrated by Jews. Ministry committees flew in from Moscow to investigate. Though not one allegation passed muster, everybody feared and despised him; in the 1930s, his activities might have been deadly.

On Yom Kippur, the one day a year when even the most Maliche-loyal Jews avoided hardcore house chores, his adherence to the Party principles and contempt for religious traditions went on public display, literally—he stretched a clothesline across the yard for his wife to hang a pair of his kalsony.

Polina called him moser (informant) and a bizoyen of the Jewish race.)

A below-average student, Rita did well in German that was similar to Yiddish, a language spoken by her grandmother. To demonstrate that it was as difficult for her as for the gentile children, she asked me in class, in a loud whisper, what nacht meant. “It means ‘night,’ like in Yiddish. Idiot!” I did not bother to whisper. The teacher and the class pretended not to hear—nobody uttered the word Yiddish publicly.

The other Jewish girl, Lina, belonged in special education had that option been available. Thanks to her, I was the second shortest in class. She had irregular features and a creepy laugh. She had already repeated one grade. Her mother bustled around the school, beseeching the teachers to give her daughter a passing grade.

We cringed at the prospect of being seen in Lina’s company. On the first day of the sixth grade, her mother asked me to tutor Lina in algebra. Relieved that I could, in clear conscience, palm off the task to somebody else I gave her names of my classmates who excelled in math. “But they are not Jewish,” she said with a sadness and disappointment that made me want to confess making fun of Lina.

At home, I was celebrated for attracting the mazel of doing a mitzvah. Polina called me a melamed, the profession that Averbukhs tended to choose and that Velvel, her father, had advised against.

Lina lived in a basement room of a ramshackle building. Her father, a barber, took in clients at home after work – an illegal activity. The entire household trembled at every knock on the door. Her mother worked third shift painting street signs.

Lina retained little; we endlessly went over the same material. Magically, she did receive the longed-for passing grade. Her mother wished me as much happiness as I had brought them and handed me, wrapped in a newspaper, a pair of wool socks and three meters of calico with dark-purple swirls.

Polina was aghast, “What kind of family do you belong to? Taking payment for a mitzvah? Es shoot zu kinder (it will affect your children).” But, come what may, I refused to part with that fabric. I had owned one summer dress, a faded pink rinsed daily and already threadbare. Like Rakhil, I preferred dark colors.

Rakhil stormed out to return the package and to shame Lina’s mother for giving it. She came back, chastened, minus the socks but with the calico. I wore that dress for many years. It ended its life as Rakhil’s apron.

I griped to Polina that Lina should have copied her homework like normal people did. The realization that students considered sharing homework a normal occurrence, even proof of camaraderie, brought on questions as usual: Did copying actually improve grades? Why reward people who did not want to study? Why not help those who didn’t understand the material?

I surprised myself by abruptly refusing to give my homework to copy and offering to help instead.

Overnight—quite a feat for a group with few phones—a girl who enjoyed an entourage of devotees organized a class-wide silent treatment for me. Boycott, she called it. Nobody wished for a reputation as a strikebreaker.

Two weeks later, Rita who was sick when the boycott began, learned of it from me on the way to school. I even let her walk ahead so as not be seen with me.

Evidently, she conveyed my nonchalance to the leader because the latter approached me with a casual comment as though the last two weeks had not happened. Feeling generous toward my victim I responded in the same vein. The incident resolved itself, never discussed, never mentioned but not forgotten.

After that, hardly a day went by without somebody coming to my house for help in Russian, history, or German. Tutoring caught on. The architect of the boycott herself suddenly became less liberal with her homework.

Self-conscious about her Russian and afraid to get me in trouble for speaking Yiddish, Polina hid in the kitchen when I had company. It took much effort to convince her that whoever disapproved of her language should seek help from somebody else.

She began addressing me in Yiddish in front of my classmates, anxiously at first; I responded in Russian. They lowered their heads, not knowing how to react, but in one-on-one situations they liked talking to Polina, her limited Russian not an impediment.

In the summer of 1959, I grew four inches becoming one of the tallest girls in class. Rakhil had an epic task to unearth, by September First, a new pair of shoes three sizes bigger than what she had bought for me a few months earlier. My children may not be wowed by a height of five-five but it impressed my friends mightily.

The principal informed us that up to now Soviet education had been disengaged from real life. Conveniently, Khrushchev introduced a reform aimed at rectifying the situation and thus ensuring timely arrival at the gates of communism: the “Law about Strengthening the Connection between School and Life.”

It appended a year to secondary school and defined school as a supplement of factories or kolkhoz. For grades nine through eleven it mandated twelve-hour per week hands-on training to acquire menial skills.

Our school’s sponsor was a nearby plant that manufactured movie projectors. It had moved into the former church in which Anatoly Kuznetsov, the author of Babi Yar, had been baptized but which had been boarded up in the 1930s.

The plant sent their engineers to teach the basics of electrical engineering, a subject even more incomprehensible than math or physics. The instructor was careful to call on me to present scientists’ biographies not drawings of electrical circuits—my reputation preceded me.

At the production floor, we wore navy-blue robes and observed the workers who did not hide their hostility toward potential competition from some young and spoiled whippersnappers.

After a few months of monotonous assembly tasks, I fought for and received a transfer to the engineering department to take up drafting, a skill to fall back on after graduation—I intended to study at an evening university program which presumed employment at application time.

An evening program would be easier to get in, and it would let me sidestep the compulsory post-graduation three-year work assignment to some desolate corner of my vast motherland. Work would give me financial independence.

The independence bug bit me for no apparent reason. A homebody and a non-fashionista, my needs were modest to a fault: bus fare, an occasional movie or theater performance, and a hard-to-find secondhand book. Avram and Rakhil encouraged me to go out more. Still, I made earning an income my top priority, even above formal education.

Previous: School. 4: Sholom Aleichem. No to Math. Yes to Languages