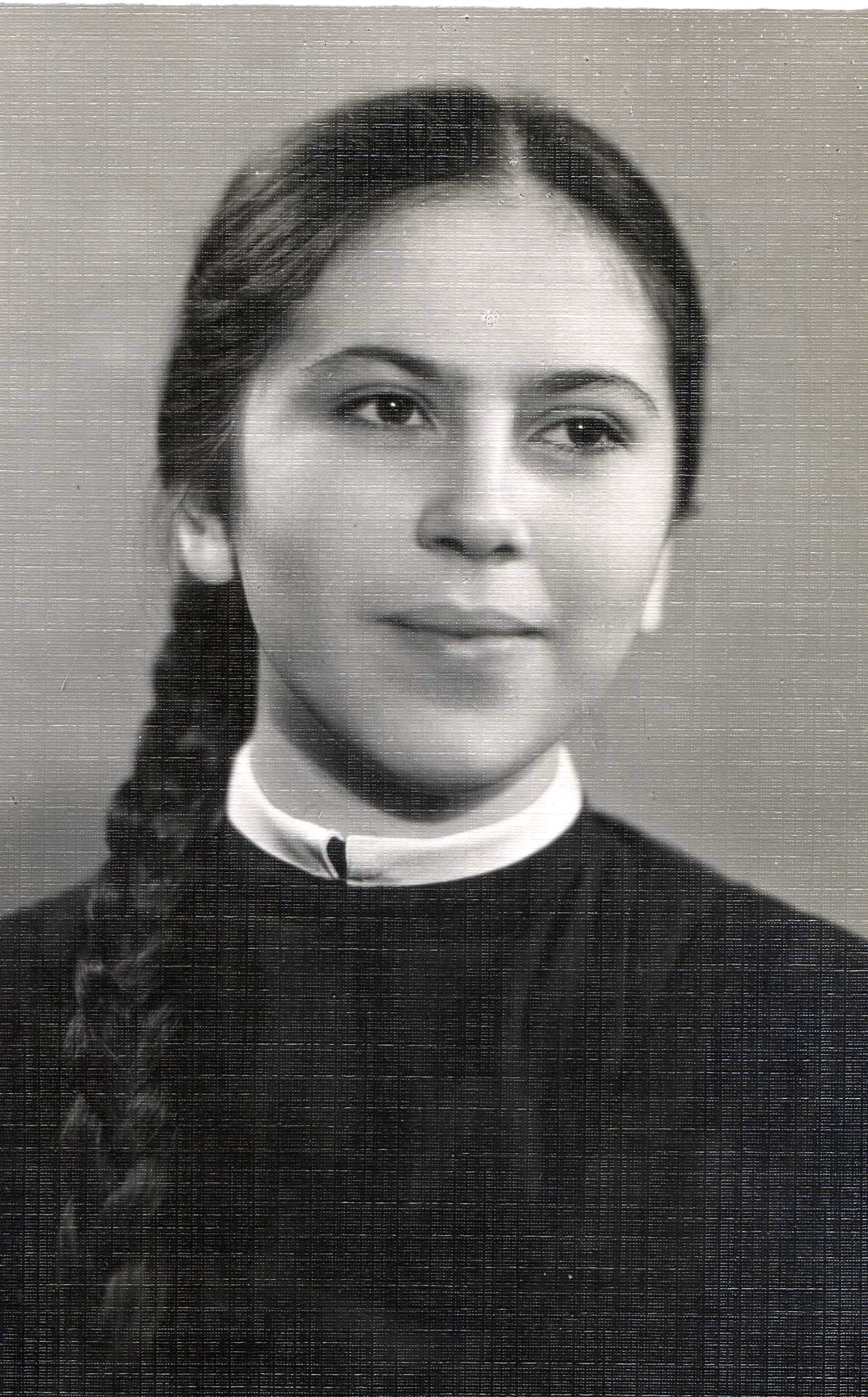 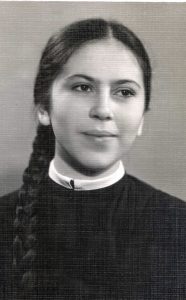 As the last returnees left our home to settle in their new arrangements, taking their stories with them, Polina impishly produced three books from the headrest of her sofa where she normally stashed sewing patterns and calculations of Jewish holiday and yahrzeit dates.

Their pages were yellow, the binders frayed. Blaming her dizziness for her inability to read for a long time, she nudged the books toward Avram. “Ah, Sholom Aleichem,” he nodded wistfully and turned pages from left to right.

I asked him to teach me the Yiddish alphabet. That was not safe but, provided I would not reveal it to anybody, he would read the stories out load and then, if I liked them, would borrow Sholom Aleichem’s novel The Wandering Stars from an unnamed acquaintance.

He read, and reread, for about two years, almost every evening. I feasted on razor-sharp observations, heart-tugging untranslatable expressions, jokes pretending to make light of pathetic circumstances.

Everybody laughed when I interrupted Avram with “that’s what bábushka says, too!” Without crediting the source, Polina had quoted Sholom Aleichem often and I assumed she had authored the catchy sayings.

(Five years later, her brother Leib secured the Russian translation of collected Sholom Aleichem works and on my visit to Leningrad I leapt on The Wandering Stars. But Avram’s voice in my mind drowned out the translation. Compared to the Yiddish version, the translation was empty and dry and not funny.

I inherited the set from Leib but never read it. When twenty years after the readings, in Chicago, I saw men and women in traditional Jewish Orthodox garb I’d never seen before, an uncanny sensation of returning home unnerved me. In another thirty-five years, in the process of compiling this history I realized that it was Avram’s readings and Polina’s reminiscences that made the relatively shtetl-like atmosphere of the Jewish neighborhood feel home.)

Math and Sciences – Out

After the sixth grade my previously all-encompassing passion for learning narrowed, squeezing out math and sciences. The class of drafting was sheer torture. It didn’t help that the teacher’s patronymics was Nikolayevich.

He was a heavy, huge-nosed, lisping Jewish man, whose father could not have been called Nikolay, which was a predominantly gentile name even in my time; in shtetl times his name must have been Nukhim or something similar.

His blatant, and futile, attempt to blend in by Russifying his father’s name made me sick. I shared my opinion at home. Rakhil, to whom her father’s name was sacred, showed up in school one day after the class, marched the teacher into a quiet corner and, eyes blazing, delivered a monologue that I did not hear but that made him perspire. In an unintended consequence, he graded my work with an undeserved “5.”

I did like chemistry that also started in seventh grade but the teacher despised girls. He was always in a sullen mood, his blue eyes glassy. He told us he had severely beaten up his wife when he found her with a man after returning from the front.

He called on boys to conduct experiments and touched them under the lab desk making them redden and scream. He sent girls out of the classroom and told boys things that made them blush. The principal turned the color of beet when he saw us in the hallway but did not interfere—the teacher was a war hero awarded prestigious medals.

To me, subjects dealing with numbers infringed on the time and brain cells intended for the real thing: languages, literature, and reading. In the first geometry lesson I questioned the purpose of proving that parallel lines did not intersect if the fact had already been established.

The lonely gene that gave some of the Averbukhs their lust for words vanquished the throng of its math-loving counterparts dominant on all sides of my tree. Our principal expected teachers to give high grades in all subjects to the students that demonstrated above average aptitude only in some subjects. There was no point in ruining their diplomas.

Our history teacher, a former commissar, presented material as she had learned it at the Supreme Party School, her alma mater. She had lost most of her hair to a bomb explosion during the war and wore a wig that kept sliding around occasionally revealing a comma-like tuft above her forehead. Her grammar was bad but she loved the subject and had an encyclopedic memory.

She called Avram at work to warn him that my big mouth would imperil the family. The adults pounced on me, terrified. Polina cried, “Man darf fershtehen und man darf shveigen (one must understand and one must keep mum.)”

The teacher told Avram that her husband, also a commissar, had been executed in Stalin’s purges. Initially sentenced to five years in a labor camp for the wives of the enemies of the people she was allowed, after only three years, to join the war effort and, upon demonstrating loyalty and willingness to sacrifice her life, get reinstated in the Party. Our school principal, her classmate at the Supreme Party School, hired her after the war when nobody hired Jews.

For the Russian language and literature class, I researched etymology and wrote essays, in addition to schoolwork. We nicknamed the teacher Doughnut for his round cheeks and fat nose. A university professor, he was flustered in a classroom full of children.

We suspected that he graded our work without reading it—grades differed to reflect each student’s ability fairly but errors were not marked. When a boy, suspicious of my predictable “5” (“A”) alluded to a Jewish conspiracy and demanded that the class went over each other’s essays, not a single grade was disputed. With the memory of cosmopolitanism fresh in his mind, Doughnut was visualizing his arrest.

(Doughnut let me join the high-schoolers’ book club. The prize for one of the writing contests (a Russian translation of Sailing Alone Around the World by Joshua Slocum) followed me to the United States, unread. The dedication says: “You are receiving the third prize, a deserving winner. You know a lot already, but remember that knowledge has no limits. October 4, 1960. To B. Babinskaya.”)

I wanted to read, explore word origins, write, compile bibliographies—nothing else. I attempted, with average success, to speak German with our German teacher. She gave me unabridged fairy tales to translate into Russian. When headaches forced her to retreat to the staff lounge in the middle of a lesson, she asked me to conduct and correct dictations.

I had asked to go to a summer camp with my classmates but did not get overly upset when Polina sounded an alarm: her grandchild did not belong in the propaganda hotbed. In the summer I practically lived at the library. I sat between bookcases with a book, in the same position for hours, my stomach growling.

When the librarians tripped over me they slipped me part of their sandwiches. They let me check out adult books, albeit with a disapproving tongue click. Those by Maupassant regarded as pornography I kept in my school briefcase, out of Rakhil’s sight.

The novels of Emile Zola that followed several generations of two families captivated me. Each volume opened with a hierarchical diagram that I referred to for pointers to the characters’ traits. That’s when the terms genealogy and family tree caught my attention, the first visible breadcrumb to this story. That’s when I began mulling over observations of who inherited whose nose or mannerisms or qualities.

Polina liked the tree metaphor. She penciled rows of small circles on a newspaper margin – her parents on the bottom, then she and her siblings, then Rakhil and her first cousins, then me on the very top. The structure did look like a tree. “That is why the saying goes: the apple does not fall far from the tree,” I said. She shook her head, “The apple does not fall; apples remain on their tree forever.”