To Smile or Not to Smile 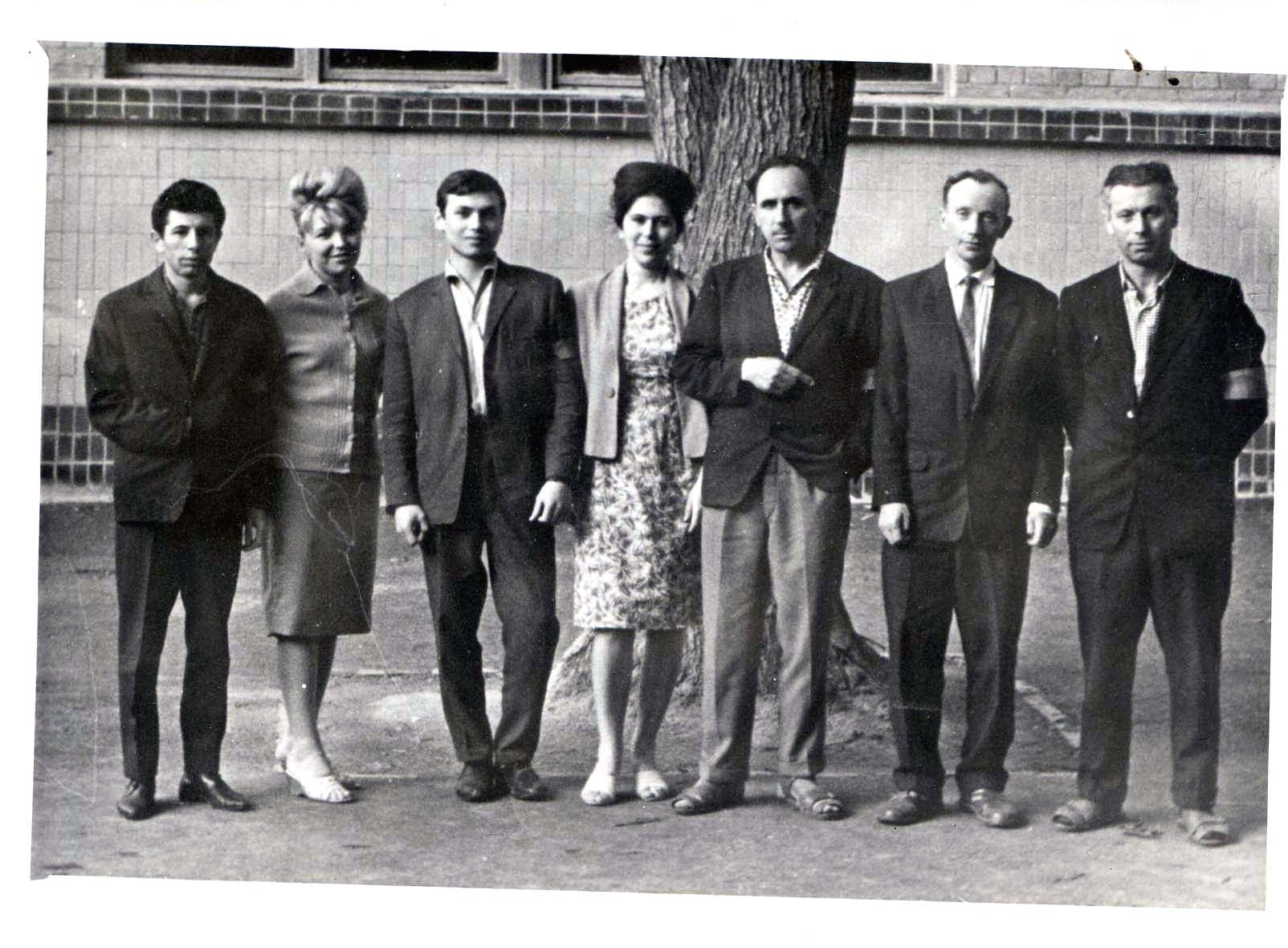 01 Aug To Smile or Not to Smile 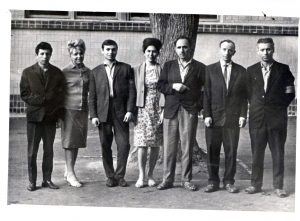 Why Do Russians Never Smile?

To think how many times I had no response to this question! Why Some Cultures Frown on Smiling dissects the curious custom of not smiling at strangers. It turns out it has cultural and psychological explanations. My thanks to the author, a child of Russian immigrants, for her down-to-earth and witty analysis.

The article also made me realize that there may have been an equally justified reason for the consistently rude service in the Soviet Union. Very simple: as customers were, by and large, strangers they did not warrant smiles.

With friends and family, there was plenty of laughter. But in photographs, in a store or on a train, a smile was a no-no. My parents and teachers disapproved of my cavalier attitude to smiling at my thoughts. “Do you have any cause to smile?” they’d ask testily. Or “Don’t smile for nothing, you look stupid.” A coworker once told me to look serious if I wanted to attract a serious man.

In Soviet children’s books and in newspaper caricatures, Americans wore brightly striped trousers, smoked fat cigars, scowled, and sometimes held bulging sacks with dollar signs displayed on them. No other details were available prior to the mid-1970s. At least, not to those who had not traveled to the West, meaning virtually the entire population. So I emigrated with this image in mind.

As soon as we crossed the border we began encountering smiles from strangers. In Rome where we stayed several months waiting for our visas to the U.S., HIAS armed each family with a brochure 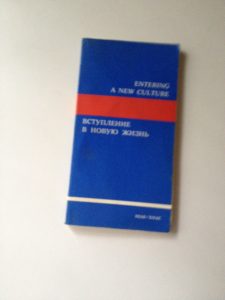 “Entering a New Culture: A Handbook for Soviet Migrants to the United States of America.” (Read Babinsky. The Passage (1976)).

The brochure covered every aspect of life in America, big and small, among them the importance of a smile, a comment we didn’t understand. Or even pay attention to, frankly.

Our HIAS caseworker, the first American I met, made a lasting impression. In her fifties, an old woman by Soviet standards, she wore pants and smiled brightly. I remember wondering if I’d see other women like her in America and if I would be like her when I reached her age.

On the flight from Rome to the United States, the Alitalia flight attendants gave my daughters coloring books and wide smiles. In Chicago, neighbors at our apartment building smiled at us in the hallway. (Read more about the clash of cultures in Babinsky. Immigration (1976-1977)). The telephone installer smiled when he walked in and again before leaving. I could not relax enough to reciprocate.

The immigrant community discussed at length and made fun at the constant smiling and how-are-you and wrote about it to friends in the old country. We only realized that the smile exchanges had fused into our new life after some of our correspondents who immigrated later expressed their awe at us being real smiling Americans.

The American smile was described in the Soviet Union as insincere, superficial, sinister, and so potent that it trapped politicians into unfavorable decisions. Only its Soviet counterpart remained genuine and trustworthy.

In the post-Soviet space, the menu of the first McDonald’s restaurants listed “smile” with the price “free.” The idea of smiling at customers is becoming more palatable—maybe an insincere smile does beat gloom and rudeness, after all.

Today, the driver of a landscaper’s truck that passed by in the street smiled to me—I returned his smile, sincerely.