Rome was Founded in April

16 Apr Rome was Founded in April

Forty-three Aprils ago, on April 16 to be precise, my family became stateless! We had five days to get out…

Forty-three years have passed – and I’m still marveling at the pieces of history that, miraculously, brought about April 21, 1976.

Speaking of history… The first name of my school history teacher was Yeva. Yevka, in student vernacular. Her first words to every class she taught were: “Memorize dates. Memorize the textbook. For current events, read the newspaper from cover to cover. History is simple.”

Yevka was not kidding about memorizing. Every Monday of her five-year tenure with each class, she chose a random student to deliver – by heart! – political, industrial, agricultural, cultural news and to offer up a quote for the week, like “who is not with us is against us” or “everything that benefits the proletariat is moral” or “he who does not work, does not eat.”

And we also marked important dates picked by Yevka. They were — not counting the obvious choices like the Bolshevik Revolution — big and small war victories, Communist Party Congresses, pre-Revolution peasant riots, and a myriad of birthdays, from Vladimir Mayakovsky and Fidel Castro  to Peter the Great. 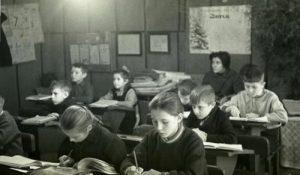 April Is the Month When…

If dates came in clusters, we presented throughout the month. Yevka was particularly partial to April. And for good reason.

It was a month when Lenin, Khrushchev, and the French Communist leader Maurice Thorez were born – not a coincidence, surely. It was a month when the newspaper Pravda was founded. When Hitler committed suicide and Königsberg, Germany became Kaliningrad, Russia. When the so-romantic Spanish Civil War ended that we regretted to have missed (not that USSR was involved, only volunteers, known as “Stalin’s vacationers,” went there to fight. Yevka’s cousin was such a vacationer. She didn’t explain if he got killed in Spain or arrested by Stalin afterward as a traitor )

And – ROME WAS FOUNDED IN APRIL! Yes, legends say that Rome was founded on April 21. Isn’t that cool?

Yevka , a former commissar, learned history at the Supreme Party School. Her husband, also a commissar, had been executed in Stalin’s purges. Initially sentenced to five years in a labor camp for the wives of the enemies of the people, she was allowed, after only three years, to join the war effort. 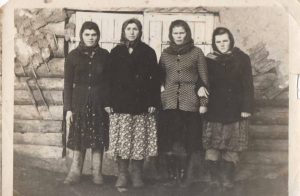 Inmates of the labor camp for wives of enemies of the people. Photo from: https://foto-history.livejournal.com/9820566.html.

She had lost her hair to a bomb explosion; just a comma-shaped tuft above her forehead remained. We saw it because her wig would slide sometimes in the excitement of the lecture. Her loyalty and sacrifice earned Yevka a reinstatement in the Party. Our school principal, her classmate at the Supreme Party School, hired her after the war when nobody hired Jews.

Yevka’s grammar was bad but her memory, to die for. We sat entranced through her passionate recitals of Lenin and Marx (only a few years before, there would have been Stalin too), taking notes frenetically.  (What a godsend these notes were for our ideological classes at the university.)

In lessons on Peter the Great, the stance on his appropriation of Swedish land was carved in stone as fair and justified: Russia needed a window to Europe. 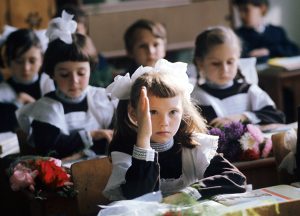 I raised my hand:

“But that was not Russian land.”

“But Russia needed a window to Europe.”

“But that was not Russian land.”

Yevka ordered me to sit down and later called my father at work to warn about my big mouth. Never again did I ask questions in class.

Forty-three years ago, on April 21 – the eve of Lenin’s birthday – the train carried my family away toward Rome that was founded that day. 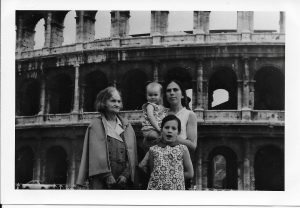 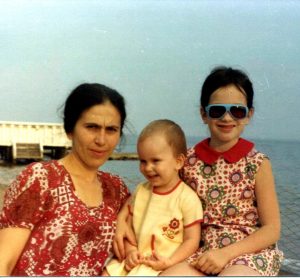 Maybe history is simple, after all.