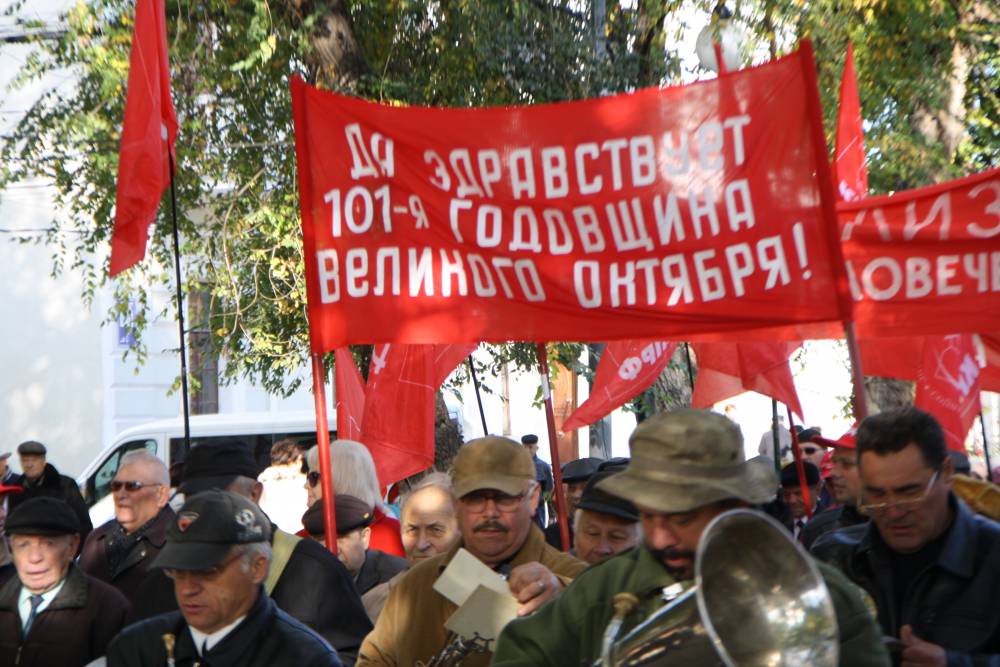 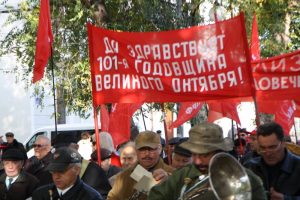 101 years ago, on November 7, 1917, a brand spanking new world was born through the effort of the Bolsheviks.

Beginning that day and every day for the next 74 years, the Bolsheviks, named for the word majority, kept a watchful eye on the traitors to the cause of the Russian workers and peasantry.

The first in that treacherous line were the Mensheviks, named for the word minority. They were dealt with.

Then, Lenin’s body still relatively warm, Stalin and other alert Bolsheviks exposed the Lenin’s right-hand man, comrade Trotsky, as a traitor, expelled him from the USSR and followed up with an order to execute him in Mexico.

In a couple of years, events picked up speed. Each of the Stalin’s valiant servants heading the KGB – three in a row – turned his  respective wary eyes to the comrades they replaced and to various high-ranking Bolsheviks who were, it turned out, traitors and enemy agents and obviously had to be executed without delay. 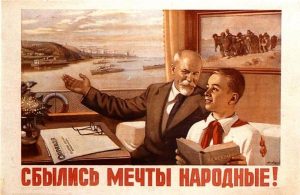 At the time of Stalin’s demise, the last man standing in this galaxy of KGB gods was Beria.

Then, Stalin’s body still relatively warm, it was discovered that comrade Beria was not a comrade but a British spy, after all. Zhukov, the iconic WWII hero, executed him. 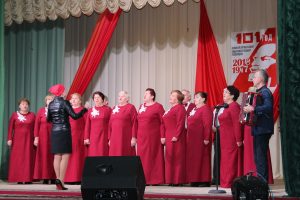 Celebraton of the 101th Anniversary of the Bolshevik Revolution. Zelwa, Belarus. Photo from: https://www.zelwa.by/v-zelve-sostoyalos-meropriyatie-priurochennoe-101-godovshhine-oktyabrskoj-revolyucii/

Soon, Khrushchev realized that Zhukov was, in reality, an enemy and a Bonapartist and should retire voluntarily.

Before long, comrade Khrushchev revealed that comrade Stalin himself was… well, maybe not an enemy per se but definitely a murderer. He evicted Stalin’s body from the Lenin mausoleum and returned Stalin’s victims from the Gulag. In the process, the chunk of the politburo that did not meet Khrushchev’s high standards lost their jobs.

One morning the country learned that Khrushchev was not a saint but a voluntarist, rogue, and adventurer. Comrade Brezhnev sent Khrushchev into retirement but sweetened the pill with the Order of Lenin.

When Brezhnev died, it immediately became known that he was senile and caused stagnation. ***On a side note, to the emigrants of the 1970s, these were his most endearing qualities – no one before him would have allowed the thought of immigration much less the act.

And the last hurrah – comrade Gorbachev, young, energetic, enlightened, took the helm. Surely, he could not possibly be an enemy. But suddenly the USSR collapsed, obviously because Gorbachev was a traitor.

This concludes the class Revolution 101.