“Journeys of a Russian-Jewish Family” Premiering in the Chicago Area 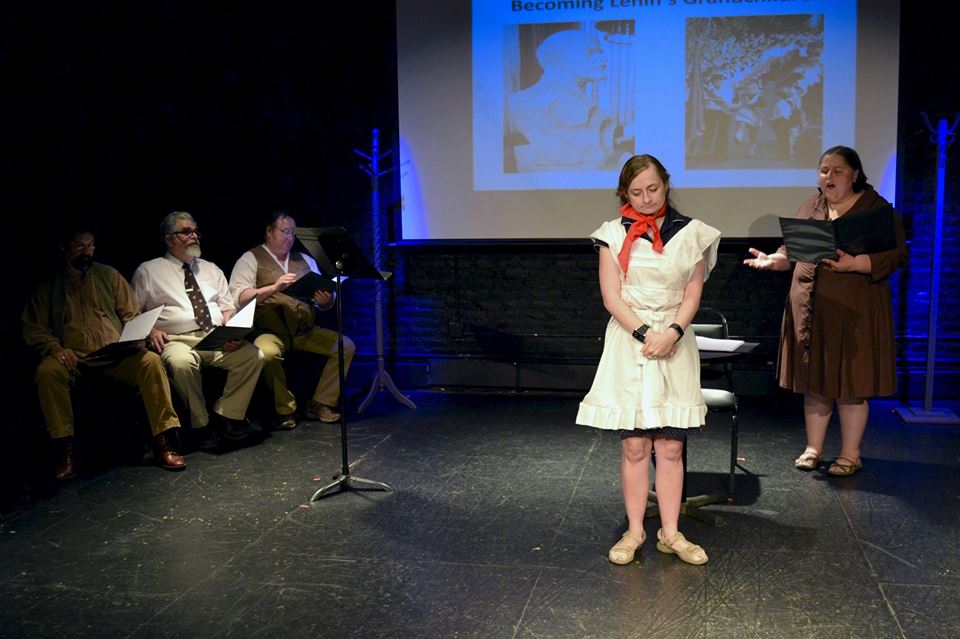 A new theatrical event “The Apple Does Not Fall: Journeys of a Russian-Jewish Family” will have its Chicago-area premiere in August at Piven Theatre, 927 Noyes Street, Evanston. The event features two plays, written by a Russian-Jewish emigre, Bena Shklyanoy and Kevin Olson of FirstHand Theatrical, plus a short film “Cultural Inheritance”* created by Shklyanoy’s granddaughter, Abigail Matz.

These stories are eyewitness accounts of an ordinary Russian-Jewish family and their life experiences from the pre-Bolshevik and Soviet eras to the 1970’s immigration to the US.

When the Iron Curtain opened for Soviet Jews in 1967, families had to make agonizing decisions.  Leave one’s loved ones?  Leave the only home they had known?  Go to America where Russian newspaper propaganda showed pictures of extreme poverty?

Yet, thousands immigrated when they had the chance in the early 1970s.

Among the first were the Shklyanoys, including a grandmother, mother, father, and two daughters, 18 months and eight years.  Those daughters, now assimilated and pursuing their own lives and careers, do not remember life in the Soviet Union.  They have no recall of the communal apartment, the long lines for food or that being Jewish was a reason to get beaten-up by a classmate at school.

It is a story that resonates not only with those who came from the Soviet Union, but with refugees fleeing oppressive regimes around the globe.  The stories of culture shock and adjustment to a new world are universal.

“And Then What?” opened to critical acclaim in Providence RI in 2017.  Broadway World Rhode Island called it a “rare piece of theater that truly touches every emotion…captivates from the moment the first lines are spoken.” The play tells the story of how Bena’s family closed ranks in the face of cruel history and defeated it.

“How Many Bushels Am I Worth?” makes its debut at Piven Theatre and paints a picture of life in the Soviet Union. It focuses on Bena and her husband’s agonizing decision to leave, and how, as they faced the edge of the world, they closed their eyes and jumped. The play also applauds the unwavering determination of the Save Soviet Jewry movement and support of the Hebrew Immigrant Aid Society (HIAS) that allowed them to arrive and settle in the United States in the 1970’s.

The new short film, “Cultural Inheritance: Stories of Children and Grandchildren of Soviet Jewish Immigrants” will be screened after all performances. It connects the vision of the Soviet Jewish immigrants to the cultural identity and impact on their children and grandchildren.

The plays are the brainchild of Kevin Olson of Rhode Island based FirstHand Theatrical which creates and presents original productions using primary source material drawn mainly from diverse personal, cultural and social histories and other writings. Olson directs both productions. The cast, designers and crew are experienced Chicago-based artists.

Apple Does Not Fall: Journeys of a Russian Jewish Family, is made possible by the generous sponsorship of

Our promotion is supported by HIAS Chicago

Vashe Radio is a media sponsor of Apple Does Not Fall: Journeys of a Russian Jewish Family 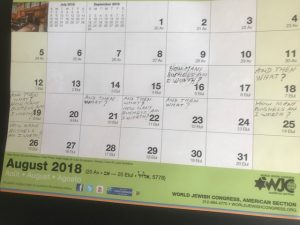 August 2018 Calendar with dates marked when “And Then What?” and “How Many Bushels Am I Worth?” play.

Tickets are $25, or $20 each for groups of 10 or more. Both plays are $40 as a double feature on August 19 and 22.  See the full schedule and purchase tickets at www.firsthandtheatrical.org. Call 401.400.2517 or email firsthandtheatrical@gmail.com for additional information and to arrange for groups.