How Many Bushels Am I Worth?

How Many Bushels Am I Worth? had its World Premiere at the Piven Theatre in Evanston, Illinois in August 2018. The play captures one family’s agonizing decision to flee the USSR. Facing the edge of the world they closed their eyes and jumped, arriving to the US in the 1970’s with the help of the Save the Soviet Jewry movement.

The play takes us on Bena’s journey out of the Soviet Union to her new home in Chicago. Painting a picture of her life in the Soviet Union, the play focuses on how it brought her to the decision to emigrate and what it cost mentally and in practical terms to cut the cord.

“For years, I’ve been waiting for the captivating immigration stories of Soviet Jews to be brought to the stage or screen. The oppression that Bena’s family experienced and escaped in the 70s, as well as my family and peers’ families of the 80s largely goes unknown. This excerpt from history told in How Many Bushels Am I Worth? needs to be heard and documented.”

Come see How Many Bushels Am I Worth? In Providence, Rhode Island, and in Brooklyn, New York in January 2020. Click to see show times and link to buy tickets.

And Then What? debuted to critical acclaim in Providence, RI in 2017 and was presented again at the Piven Theatre in Evanston, Illinois in August 2018. It tells the story of a Russian Jewish family from pre-Bolshevik Russia through Soviet rule. Bena’s family closed ranks in the face of cruel history and defeated it. The play is presented as Readers Theatre.

Learn more about these plays.

CONTACT US TO BRING THE PLAYS TO YOUR CITY
Fill out our contact form to send us an email! 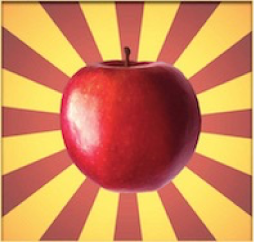