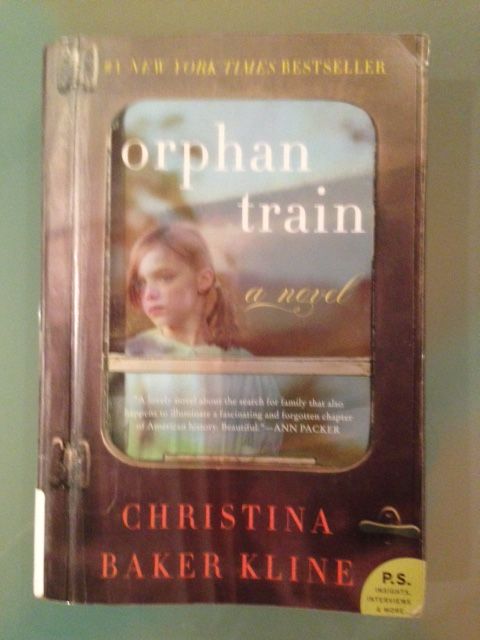 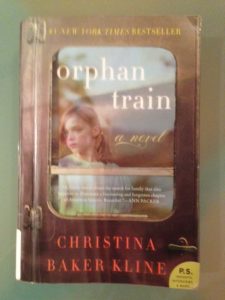 This novel is based on the little-known part of American history – the orphan trains. The story is told by 91-year-old Vivian who in 1929 at the age of 9 lost her family in a fire. At the time, she was a recent Irish immigrant.

After a short stay at an orphanage, Vivian joins many other children, from babies to teens, on a train taking them to the rural Midwest. 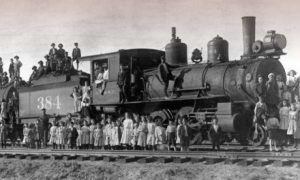 Charities had collected them “off the streets of New York like refuse, garbage on a barge, to be sent as far away as possible, out of sight.”

1929 was the last year of the orphan train program that for 75 years had matched orphaned and abandoned East Coast children with families, mostly in the Midwest. Although it called the process adoption, legally it did not have to be. 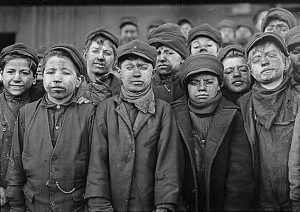 Boys on an Orphan Train. Photo from: https://uaw.org/taking-look-back-child-labor/

There was no expectation that the children above toddler age would end up as anything other than free labor helping farmers in the fields or caring for their large brood. Hence, the attitude of the families that housed them: “We break horses. Boys aren’t that different.” 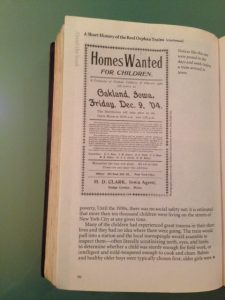 A flyer announcing the arrival of children available for adoption. Page from Orphan Train, by Christina Baker Kline.

Like all the charities that organized the trains, Vivian’s too made sure that every town published their flyer:

“Wanted Homes for Orphan Children. A Company of Homeless Children from the East will arrive at Milwaukee Road Deport, Friday, October 18. Distribution will take place at 10 a.m. These children are of various ages and both sexes, having been thrown friendless upon the world.”

The train carried on from one town to the next on its route until, ideally, all the children found homes. 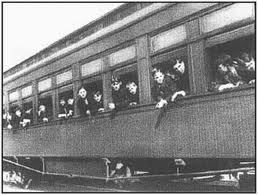 An orphan train leaving a station. Photo from: https://en.wikipedia.org/wiki/Orphan_Train

The chaperon on Vivian’s train warns her charges that people viewed them as “ruffians, thieves, and beggars, hopeless sinners who have not a chance in the world of being redeemed.”

Because Vivian was aware that bigger girls were difficult to place she anticipated to “end up on the train again, to be unloaded at the next town, paraded with the remaining children, and shuttled back on the train.”

But she finds a positive in this outcome: “Those of us who aren’t chosen will likely return to New York to grow up in an orphanage. And maybe that wouldn’t be so bad. At least I know what to expect—hard mattresses, rough sheets, strict matrons. But also friendship with other girls, three meals a day, school.”

We follow Vivian as she drifts from family to family escaping mistreatment, abuse, hunger and tries to latch on to any display of kindness and empathy that come her way. Her adoptive families change her name at will but she holds on to her identity through memories of her parents, her grandmother, and her baby-sister.

What Did Not Break Us Saved Us

Eventually Vivian finds a welcoming home, is formally adopted, marries her train-mate, and becomes a wealthy woman. Still, she feels “broken inside” until all the missing pieces of her life come together at her old age.

For all its inadequacies, the orphan trains were lifesaving to the majority of the over 200,000 children they transported. Compared to the life on New York City streets, that is. The psychological effect on the children it saved from physical harm was not that straightforward.

Orphan Train tells a life story of a little girl left completely alone in the world. The everyday struggle for survival and safety, for control over her decisions shapes her character—resilient, cautious, compassionate, and true to the values her family had taught.