My Life: A Memoir, by Chana Fischer 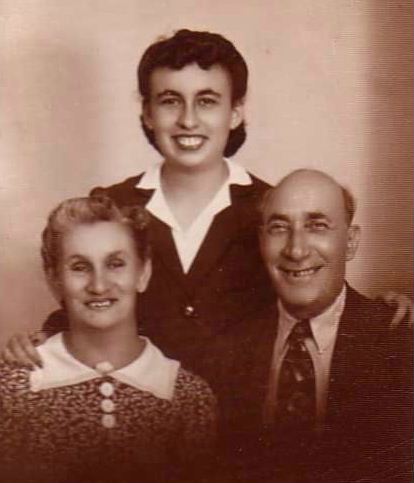 01 Dec My Life: A Memoir, by Chana Fischer 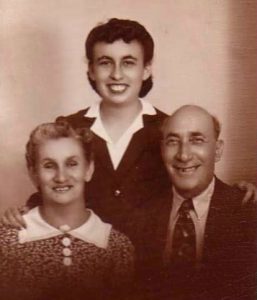 “My Mother’s Life in Cuba: In Her Own Words”

This was the name of the presentation at the Jewish Genealogical Society of Illinois in November. Martin Fischer shared portions of the memoir that his mother, Chana Fischer, wrote in a notebook. With his permission, I’d like to tell you about it.

Cuba was not a typical destination for Jewish refugees fleeing Eastern Europe in the 20th century. The Fischers’ did not choose Cuba—history did it for them.

Chana’s father remained in the Soviet Union after his wife traveled to Poland to stay with her parents for the birth of her child. Later, immigration to either country became impossible. To reunite, they had to choose a new home.

In the late 1920s, the list of willing hosts was… well, there was no list. Ellis Island had closed. Britain denied the Fischers an entry permit to Palestine. Cuba where their cousins lived was the only option left.  How did Chana’s father manage to get out of the Soviet Union when emigration was all but outlawed? The memoir does not answer this question but somehow he did get out and, thus, avoided Stalin’s purges.

Isn’t amazing how bureaucratic quirks can decide one’s fate. When, after about 14 years in Cuba, Chana agreed to join her relatives in the United States, she faced no problems securing an entry visa — in 1942, the midst of WWII.

At the time, the United States had a quota of immigrants by country but, luckily, Chana did not belong to any country. In her words: “The Polish government didn’t consider me Polish because my father was Russian, and I couldn’t be considered Russian because I wasn’t born in Russia.”  Evidently, there was no quota on stateless persons.

Martin delivered his family story, appropriately, within days of the 100th anniversary of the Bolshevik Revolution in Russia. As I listened to him and then read Chana’s memories the thought struck me that it was the revolution that made her story. And mine. And those of everyone with roots in that part of the world.

I also thought how fortunate Martin was that his mother understood that he needed to know her story.

Here is Chana’s memoir—you should read it.