The Talisman That Parted the Waters For Us 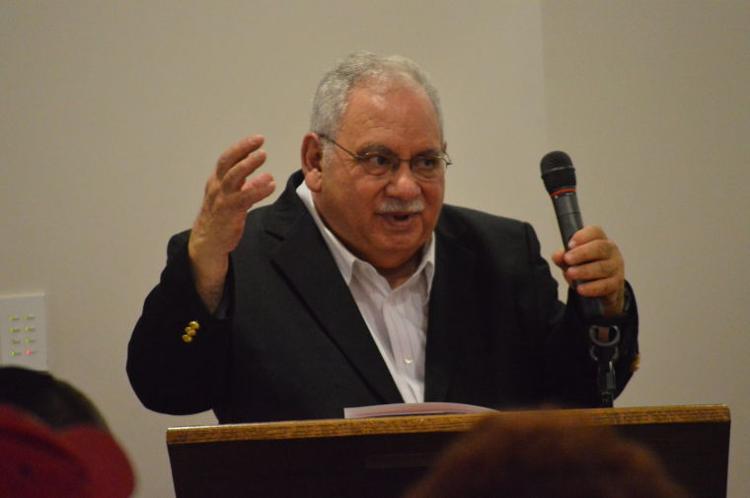 22 Jul The Talisman That Parted the Waters For Us 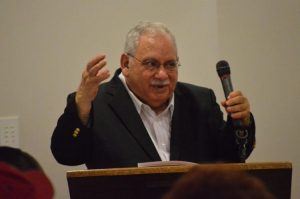 From the Soviet immigrants’ perspective, the Jackson-Vanik Amendment of 1974 should have had his name on it, too. It was his commitment that ensured its passage – the passage of the law that cleared the path to my family’s emigration.

It was he who “spent 10 days in January [1973] calling all 435 representatives’ offices, sometimes speaking with members dozens of times before they added their name to the growing list of cosponsors,” says Gal Beckerman in When They Come For Us We’ll Be Gone. 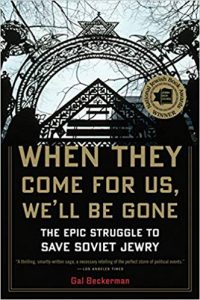 When They Come For Us We’ll Be Gone: The Epic struggle to Save Soviet Jewry, by Gal Beckerman.

I only learned about Mark Talisman from Beckerman’s book. The symbolism of the name struck me. Think about it: the word talisman is defined as “an object held to act as a charm to avert evil and bring good fortune” or “something producing apparently magical or miraculous effects.”

The right place and the right time combined with the right name, a big heart, boundless dedication and popular support guaranteed an out-and-out coup: “after the Jackson-Vanik amendment, if the superpowers hoped to draw close to each other ever again, they first had to resolve the problem of Soviet Jewry.”

Mark Talisman will never be forgotten.

And what were we doing? This question haunted me as I read, and  re-read, Beckerman’s work. His book is nothing short of an encyclopedia of “the epic struggle to save Soviet Jewry.” From 1963 to 1987, the beleaguered Soviet dissidents and the American grassroots movement that prodded Congress to act locked horns with the Colossus behind the Iron Curtain. They won. Ultimately, the Colossus proved rust-legged.

What were we doing? We, not dissidents by far, ordinary Jewish intelligentsia, the least valuable, the most vulnerable, and, above all, scared. With every passing day, we were scared more of staying than of leaving.

In January 1973, when Mark Talisman was on the phone corralling members of Congress we were hopelessly trapped. The law dubbed “diploma tax” adopted six month before — “About the compensation of government education expenses by the USSR citizens that permanently relocate abroad” — levied astronomical fees on university graduates who applied to emigrate. The amount was ten times my annual income, five times my husband’s.

The half-jammed Voice of America and BBC kept us abreast of the dissidents’ activities (who was detained and for how long, who was thrown into psychiatric wards) and of the United States response to the tax. The greatest nation in the world rolled into action on our behalf. It proposed a law to link trade benefits with emigration. And no question, the Soviet Union wanted trade! We pinned our hopes on Senator Henry Jackson – a name as close to deity as an atheist upbringing would allow.

Henry Jackson was our Hero

Senator Jackson was the winning number to pick. But even before the Jackson-Vanik Amendment passed into law in December of 1974, the Soviet Union stopped enforcing the “diploma tax.” We worked up the courage to request an invitation from Israeli “relatives” through departing emigrants – one was required to apply for emigration. The target figure in the Amendment was 60,000 emigrants a year.

In 1975, the Soviet Union signed an international treaty in Oslo that “called for the free flow of people and information across borders” and we received the coveted invitation. To us, free flow meant one direction – out.*

A few months later, safely in Chicago, my husband asked our caseworker for Senator Jackson’s phone number: “If not him we would still be in the Soviet Union. I have to thank him.”

Not only did the Senator listen but he also asked questions about our family and our plans. To the apologies for taking up his time, he objected, “You don’t know how much your words mean to me. They are validation that my work helps real people.”

We did not know then that our first call should have been to Mark Talisman.

* My family’s story of emigration is captured in a play based on our experience, How Many Bushels am I Worth? It premiered at Piven Theater in Evanston, IL in 2018. We will stage it again at the Mark O’Donnell Theater in Brooklyn in January 2020. Contact us to be a sponsor and/or get notification when tickets go on sale.