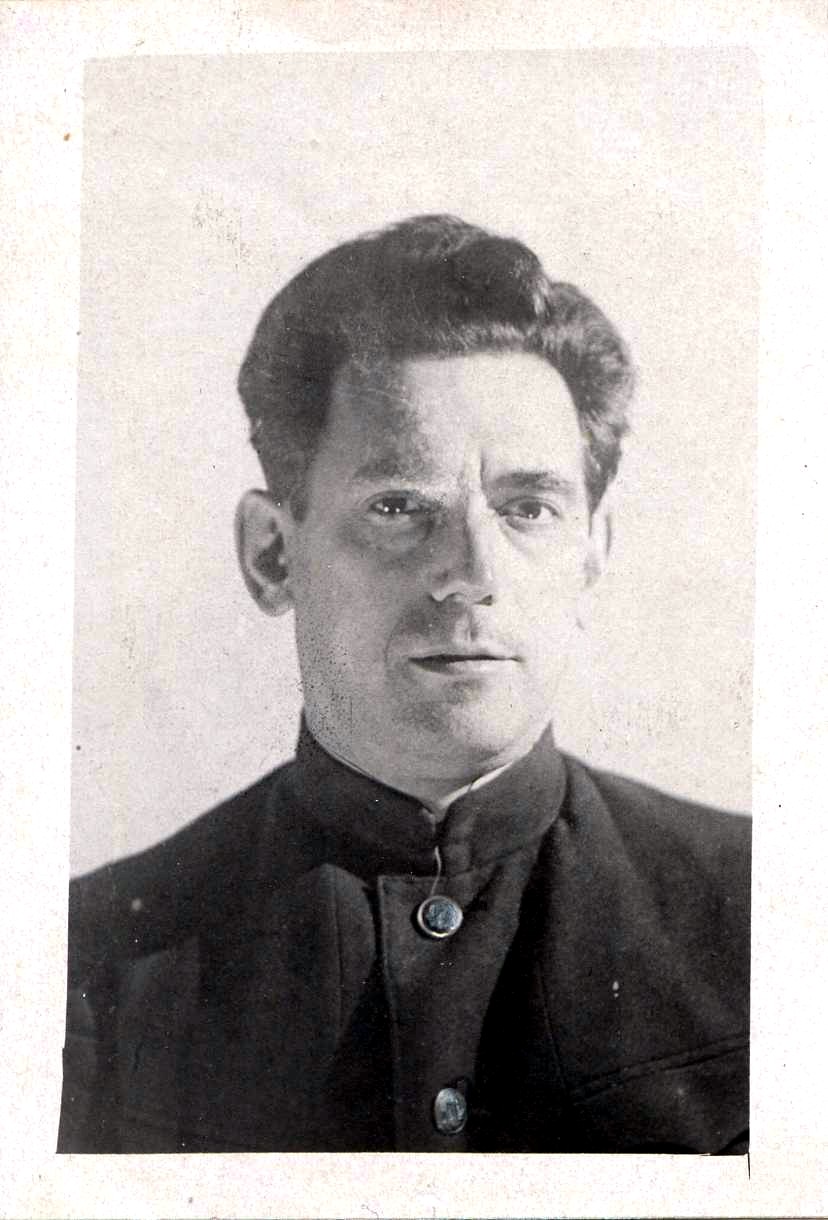 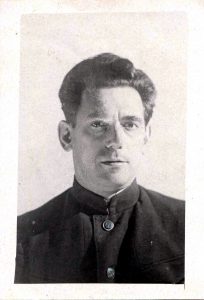 Leningrad: Out with the Parasitic Class!

Following the divorce, Leib again rented a bed until he found an inexpensive room in a communal apartment located on Vtoraya Sovietskaya Street, steps from Nevsky Prospect.

Prior to the revolution, the building belonged to Ivan Kvasheninnikov, a merchant of the first guild, the highest merchant designation. The merchant’s wife, a former lady-in-waiting to somebody in the Tsar’s family, contributed an aristocratic status to her husband’s social standing and a healthy dowry to the expansion of his trade.

The living quarters had consisted of an oval-shaped foyer with stucco moldings and oval mirrors framed in gilt filigree; a 500-square-foot living-dining room decorated with gilt moldings and holding an enormous grand piano; a reception room; the parents’ bedroom; and a bedroom with a small grand piano for each of their six children.

The revolution stripped the family of rights and property – a word that described their status was lishentsy, or simply “former people.” The government located some offices on the first floor where family stores used to be; the store contents had vanished. The children’s grand pianos were chopped up for firewood. The children’s rooms were assigned to five working class families and a prostitute to be reformed.

The older son of the once distinguished family, a highly educated economist, re-born as a dedicated revolutionary, became an economic advisor to one of Stalin’s henchmen. He lived close by with his biologist wife, one of the first women with a Soviet Ph.D, and daughter.

In the purges of the 1930s he was executed as the enemy of the people for owning books of a Marxist of whom Stalin did not approve. His little girl was placed into an orphanage for the children of the enemies of the people. His wife was exiled like most wives of traitors of the motherland; but she received an additional sentence after the war for working with a prominent geneticist that Stalin did not favor.

(Stalin fancied himself an expert in every field of study; as such, he rejected genetics, a discipline that implied that the communist ideology required assistance from genes in its mission to create a new breed of humans. In 1948, the Soviet Agricultural Academy declared genetics a pseudo-science.

Leib insisted that Stalin’s real motivation was to distract from his own problematic genetic baggage, namely his father’s alcoholism and abuse. Cybernetics, the science of managing and exchanging information, met with a similar fate: in the Dictionary of Philosophy published in 1954 it was defined as a reactionary pseudo-science.)

The family’s younger son and his wife occupied the dining room; he was remembered as a nonentity and a virulent anti-Semite.

One daughter died, one married a professor of foreign languages, a short bland man who spoke seven languages fluently, including Chinese. The professor refused to have children; his wife suffered an astronomical number of abortions that eventually left her paralyzed from the waist down.

The oldest child, Maria, nicknamed Musya, was married off, before the revolution, to a well-to-do traveling salesman at eighteen. Her daughter died young; her husband disappeared on one of his trips. Musya’s second husband, a high-ranking cavalry officer, joined the White Army during the civil war; he was not heard from again.

Musya and the youngest, Katya, shared the former reception room. After their father’s death in the late 1920s, they moved in with their mother to save on heating. As office cleaners working for negligible wages they had no choice but to rent out the reception room to survive.

Leib and Musya dated secretly, meeting after work on the outskirts of the city to avoid running into former knights and counts.

When he started making plans to move out to simplify Musya’s life she decided to take the plunge. She chose her birthday party to make the announcement. Her mother, siblings, cousins, and friends had all met Leib and had liked him, in an abstract way people liked a servant, but were taken aback by his presence at the table.

The refined company did not react to the engagement news visibly. Musya’s mother covered her face with her fan. Katya nodded approvingly. The language professor, spoke first, “I have to tell you, Lev, your manners are impeccable. May I ask who taught you manners?” Leib responded courteously, “My illiterate mother.” Musya savored this story and every time concluded it with the same chuckle, “At that moment I knew how dangerous Averbukhs could be.” 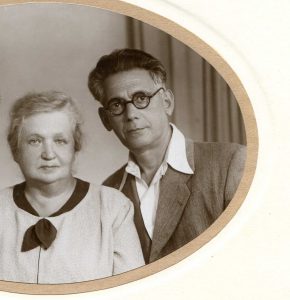 To get married, Leib needed a birth certificate. Recordkeeping rules that had not coalesced yet allowed him to state his age as three years older, the same as Musya’s. Always a gentleman.

Sheina-Gitel never learned about his second marriage, either. In her letters she pleaded with him to find an appropriate shidduch while she was alive. To his sisters, Musya remained a respected but alien wife of a beloved brother. She understood. She never accompanied Leib on his visits to them but sent thoughtful presents for their grandchildren.

By the time Nazi Germany invaded the Soviet Union in 1941, Leib held a position of a head bookkeeper at a large plant. He had taught Musya and Katya basic bookkeeping, so they had office jobs and were eligible for food rations.

The army appointed him head of finance for a brigade. For the first year of the siege his brigade remained stationary a few kilometers from Leningrad. By hook or by crook he got several half-day leaves to bring his bread ration to Musya. In order not to be robbed he tied the loaf to his body by wrapping the legs of his kalsony around his chest under his greatcoat. 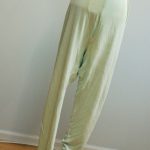 Leib had enough time to hand over the bread to Musya and head back. On one such trip in the winter, he found his ex-wife with Musya. She came over hoping to learn news of him. Swollen from hunger and bundled up in shawls and coats they looked alike. Without a word, Leib cut the loaf in half with a kitchen cleaver and left. I asked if his ex-wife had survived the siege; he did not know.

Leib’s title at the brigade called for the rank of lieutenant-colonel, at least. Since Leib was not a member of the Communist Party, his superiors were not able to promote him above the rank of major. No amount of cajoling could convince him to join the Party, even after his superior officer told him in private that the step was a formality. “I do not consider myself worthy yet,” was the same obstinate reply.

In war conditions such obstinacy, no matter how properly worded, might have resulted in court-martial. Leib was surprised, disappointed even, with my terror at the idea, “To become a Party member to avoid court-martial? There was a war, I could have been killed anyway. Maybe if I had children… As it was, nobody depended on me, my wife was able-bodied. To join murderers and live with myself after that?” He lifted his foot and pinched up his pant leg, “Areintroten?” Translated into Russian, this word could mean joining a group or stepping into something unpleasant; Leib’s expression left no doubt which meaning he had in mind.

After the war, Leib worked as head bookkeeper at an engineering firm. When it built a high-rise for its employees it assigned Leib, who had already retired, a two-room apartment there. He was beloved by his bosses and subordinates alike. To his bewilderment, they presented him one day with an then-fancy, engraved clock (they used his Russified name and patronymic Lev Vladimirovich, not the official Leib Volfovich). “Why would they do that for absolutely no reason?” he wondered. “I must not be curmudgeon enough.” 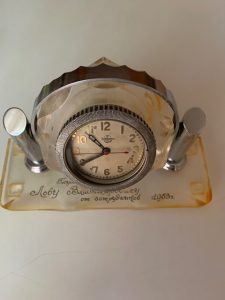 Gift to Leib Averbukh. “To the highly respected Lev Vladimirovich from coworkers.1953”

The building was located a long ride on a streetcar away from the center of the city, but it was worth it for a private apartment, a private kitchen, a private bathroom. No sharing with strange families, one of them still a prostitute, who received calls at all times of day and night on the common phone installed in the apartment foyer under one of the oval mirrors.

Soon after the move Musya began exhibiting symptoms of dementia. Leib took care of her until she required lifting. She did not recognize him any longer but he visited her at the nursing home every day, in any weather, for three years, until her last day. He refused to let me see her, “I want you to remember her the way she was.”