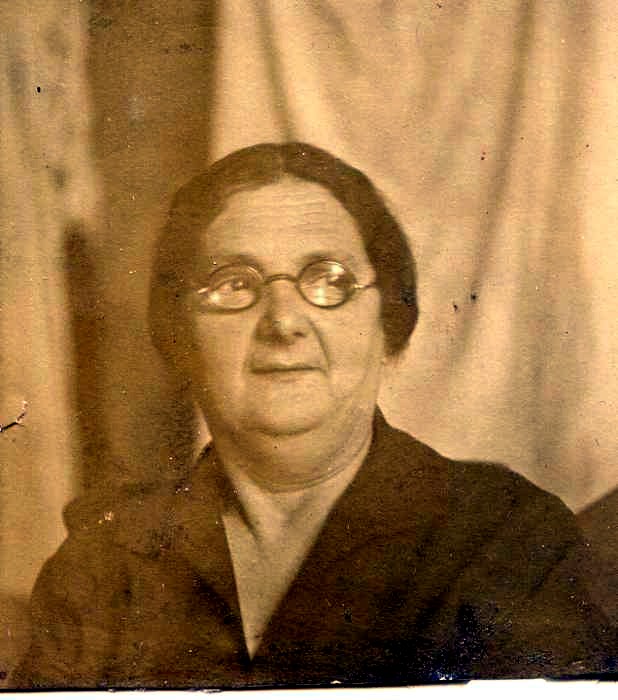 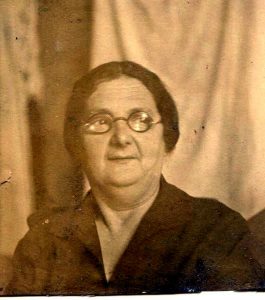 Khanah cut her queen bee teeth bossing her siblings. Her position of first-born had tangible advantages, too: she got to wear clothes, mostly secondhand, before they traveled down to her sisters, and it was for her that the very first pair of real shoes, not the usual lapti, was acquired, in anticipation of marriage matches.

(In spite of near-poverty, Velvel refused to entertain the idea of a shidduch for his children until they turned eighteen or one to a blood relative, especially from different levels of the tree, such as between an uncle and a niece, regardless of how many times removed.

The age requirement that possibly stemmed from the fact that Velvel’s paternal grandmother had died giving birth to his father at fourteen, did not leave much breathing space for a dowry-less daughter-rich family. Velvel was not concerned: “a boy takes whomever he wants which is never good; for my girls I’ll get whomever I want.”

At the first whisper that Khanah – yikhes, looks, and brain – became available on the shidduch market, offers began coming. Velvel turned down anybody who asked for a dowry. With one exception. He insisted on meeting the man who expected an eleven thousand rubles dowry for his son just to inquire how he had arrived at that specific number. It did not matter, anyway, as the number represented the combined worth of the majority of the Jewish population of Belaya Tserkov.

For the candidates he deemed worthy of the effort, Velvel conducted the appropriate derfragen that included, bowing to Khanah’s plea and against his better judgment, financial standing. The few that progressed to the finals visited with the family. Velvel made his preference known but asked for Khanah’s consent.

The young man who swept her off her feet was not Velvel’s first choice but he carried a walking stick under his arm and wore a modern top hat instead of the traditional black hat or a cap. The tnoyim signed, Khanah and her intended, went spazieren, unchaperoned, in full view of Belaya Tserkov. She wore her shoes for the first time. 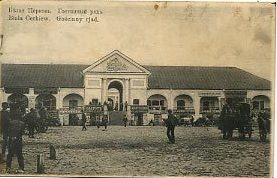 Khanah returned from the walk in tears. “Tateh, er iz karg! Er iz ein nar! (Daddy, he is cheap! He is a fool!)” The man who had captured her imagination had asked her if she would ignore the cost of firewood to put on the samovar if she wanted tea but he did not. A true Velvel’s child, she knew then and there that this marriage would be a mistake. “Nicht bashert (not meant to be,)” was all Velvel said.

He immediately put in motion the annulment procedure. A male relative of the bride, but not the father, was to be dispatched to return the tnoyim into the groom’s hands and run away. The “fine print” demanded that the groom had no chance to catch the messenger and give the document back, even a touch would keep the agreement valid. Velvel’s choice fell on his younger son, Kutsya, whose running speed fit the solemnity of the task.

Suddenly, her yikhes, good looks, and superior brain no longer counted for much. They didn’t outweigh the effect of the annulment. Khanah was now damaged goods. “You will eventually marry well but you will not have children,” predicted Velvel.

For six years, the few matches offered to her were confined to learned widowers with numerous offspring or, worse, uneducated merchants. Not only did Khanah agonize about remaining an old maid, she was warily watching her sisters grow. When Bitkhis, the one closest to her in age, died of diphtheria, inconsolable Khanah confessed to her resentment being the cause of death.

Every year over twenty created more questions of character, mental stability, and other attributes that made the quest to arrange a marriage that much more painful, if not hopeless. But, Velvel was not on a quest: he did not offer up his daughters – they were to be sought after.

Khanah was twenty-four when Velvel received a visitor from the nearby town of Boguslav.

The visitor, Khaim Melamed, an eager scholar and a mediocre fish wholesaler, had lost his wife in childbirth and was looking for a bride.

Somebody referred him to Velvel for a shidduch recommendation, a mitzvah performed successfully over thirty times, not counting those for his children, thus earning a place in heaven ten times over (the minimum to qualify, they say, is three.)

Following a discussion of Khaim’s requirements, Velvel invited him to join the Sabbath meal. The next day Khaim asked Velvel for Khanah’s hand. She consented. This betrothal agreement held for over forty years. Khaim and Khanah were childless.

At the wedding, Sheina-Gitel, pregnant with her youngest, cowered behind her children, embarrassed of her big belly. Before leaving for Boguslav, Khanah made sure to be seen purchasing new clothes and shoes – eat your hearts out! – and an expensive plaid to cover her legs in the carriage. The black-and-brown plaid, threadbare by my time, survived a revolution and two world wars.

Khanah took nothing from home; she left her belongings, not the least her pair of shoes, to my grandmother, the next bride-to-be who was taller and with a larger shoe size but made good use of the bonanza.

In Boguslav, Khanah took over the management of Khaim’s business restricting his activity to what he did expertly: selling fish. The business thrived. Prosperous and in a position of power, Khanah mellowed to such a degree that she promised her sisters swanky bedcovers if they married into money. If not, no gift would make a difference, anyway.

A dozen years later, in the face of strengthening revolutionary winds, Khanah made Khaim sell the business. She converted the proceeds into gold coins that she secreted in hidden pockets on her clothing and into small items of silverware kept in a wicker basket mixed in with what looked like rags.

In spite of private property ownership being illegal in Soviet times, Khanah’s stash bought a large dilapidated room in a two-room communal apartment accessed through creaking stairs attached to the exterior of a decrepit two-story building in Demiyevka on the outskirts of Kiev, an area later renamed Stalinka.

Khaim worked as a clerk at a factory for wages barely sufficient to pay for cigarettes. If not for the injections from Khanna’s pockets and the wicker basket, they would have to depend on handouts from her siblings, not a position she could accept.

The summer when I was born Khanah and Khaim spent with her sister Esther in Odessa. She asked my mother to send a telegram if a boy was born but a letter if it was a girl. That was queen-bee-speak by a sibling devoted to her family probably more intensely than the rest.

Khanah marked my entrance into the world with a silver teaspoon, baby silver fork, and a thumb-size silver shot glass – items since known as Khanka’s – all of them alive and well and in need of polishing. 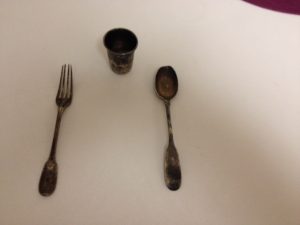 Khaim died when I was two. He was in awe of the family, and they considered him a brother. “Do you think if you stand on the busiest Kiev street for hours you’ll see a single face like one of yours? You won’t,” he liked to say. What amazed him most was that, regardless of age, health, or tragedies, Averbukhs planned their future as if they would live forever.

I inherited from Khaim a childhood habit of nagging everybody with “do you love me,” a question, I was told, he had repeatedly posed to me when he took me on walks.

My warmest childhood memories are of Khanah arriving on weekends with a chunk of halvah from the market and a fresh baguette. We ate with such gusto and such love for each other that sixty years later I can taste that mouthwatering halvah and feel the love radiating from her large black eyes behind funny thin-rimmed round glasses.

Khanah died, like her parents, in her sleep. No silver remained but there were enough coins in her secret pockets to erect a granite tombstone. 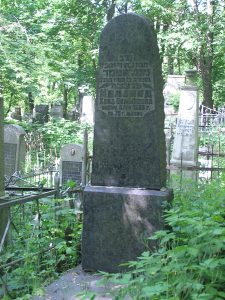 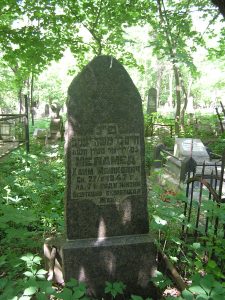