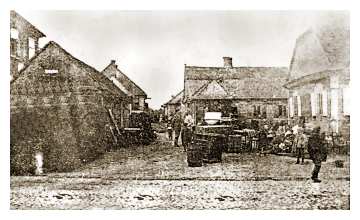 Town in Ukraine west of Kiev. Located in the Pale of Settlement.

Kamenets-Litovsk was founded in the 13th century. It got the first part of its name from the stony banks of the river where it stood: kamen means stone in Russian. The second part had to do with the town’s location on the main road from Lithuania (in Russian, Litva) to Ukraine.

Before the revolution, the town had a population of about four thousand, seventy percent of them Jewish.