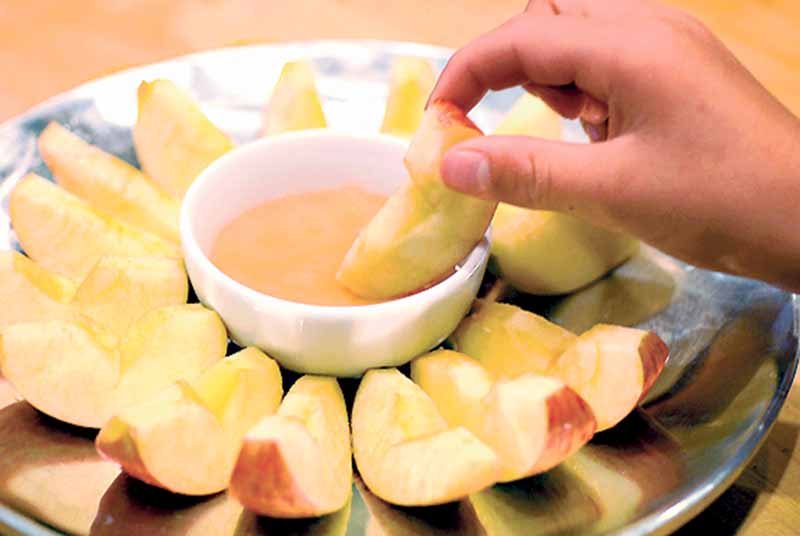 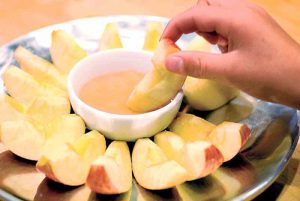 Rosh Hashanah meal begins with dipping apple slices into honey to usher in a sweet year. Photo from: httpse96pp6nibh-flywheel.netdna-ssl.comwp-contentuploads201609Rosh_A.jpg

Shana Tova! Sending you my best wishes in the coming year 5779.

Growing up in USSR, the Jewish New Year consisted of the word Rosh Hashanah, usually whispered. Then Yom Kippur came, a day when the adults fasted and the dinner began with apples dipped in honey. I didn’t like either but there was no way out of tradition of apple and honey.

Frankly a new year celebrated in the fall and on different days every year and in secret made no sense (I didn’t realize then that the numbering was vastly different too). What was wrong with the normal New Year complete with the decorated tree, gifts for children, Grandpa Frost, and his granddaughter Snow Maiden?

Friends And Enemies: In the Eyes of the Beholder

Seventy years ago, 5709 – a.k.a 1948 – the Jewish New Year was anything but traditional. The diplomats of the brand-new state of Israel arrived at the Moscow Choral Synagogue to attend the Rosh Hashanah service.

The Ambassador was Kiev-born, Milwaukee-raised Golda Meir, one of the state founders and the future prime minister.

At the moment, the countries were bosom buddies. Envisioning Israel as a would-be communist beachhead in the Middle East, Stalin ardently supported it. To their astonishment, the diplomats found in front of the synagogue thousands of people applauding, cheering, crying, chanting Golda’s name. 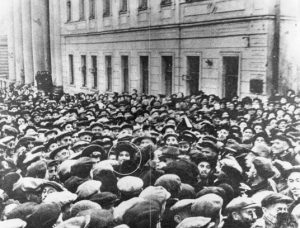 Israeli ambassador to the Soviet Union Golda Meir surrounded by a crowd of 50,000 Soviet Jews near Moscow Choral Synagogue on the first day of Rosh Hashanah in 1948. Photo from: https://en.wikipedia.org/wiki/Golda_Meir

The size of the crowd was estimated to be 50,000. One Israeli banknote carries the image of it. 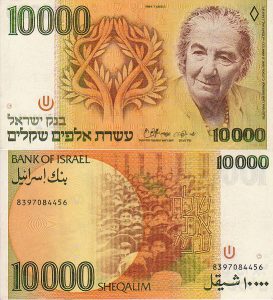 Old shekel banknote features a portrait of Golda Meir and the crowd of 50,000 Russian Jews welcoming her as the first Israeli ambassador to the Soviet Union in 1948. Photo from: https://en.wikipedia.org/wiki/Golda_Meir

It didn’t take much to make Stalin feel betrayed. But to be fair, now he had plenty of reason. After all the effort to immunize his domain from holding, much less publicly expressing disallowed emotions, here they were, in full display! It’s one thing to list freedoms of religion, speech and assembly in the constitution and it’s quite another to, well, take them at face value.

Swiftly, all the Jewish organizations were shuttered and their members as well as the top tier of Jewish intelligentsia fired, exiled, executed. Within four short years, the post-Holocaust remnants of an entire culture were extinguished – Hitler would have been jealous and gratified.

A Daughter of Her People

Particularly, Stalin took exception to the long chat that Polina (Pearl) Molotov had with Golda Meir. She was the wife of the Foreign Minister (yes, the Molotov cocktail is named after him) and a close friend of Stalin’s late wife. Polina famously told Golda Meir in Yiddish: “Ich bin eine jidische tochter” (I am a Yiddish daughter).

Soon, the Molotovs separated to save his career and reputation. And probably life. The vote for arresting and exiling Polina would have been unanimous, as all the votes in the Soviet Union, had not her husband bravely abstained. He proclaimed that no love between a man and a woman should make one betray his motherland. Four years later, the day after Stalin’s funeral, Polina, exonerated, returned to her husband. She worshipped Stalin until her last day.

The Soviet Jews, the Soviet people as a whole, could take a hint expertly. No one in their right mind would openly talk again to an Israeli diplomat, to any foreigner, for that matter, for two decades after the imprudent Rosh Hashanah of 5709.

No repression obliterates memories though. If anything, it makes people cuddle them more. That September day in 1948 lived on. The words “Ich bin eine jidische tochter” made their way, by osmosis, to every Jewish home. I heard them frequently as a child but did not understand their significance for many years.

Happy, healthy, peaceful, successful year to you! And when you dip apple into honey, don’t take for granted that you don’t have to do it in secret. 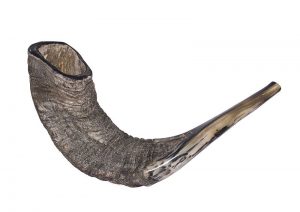