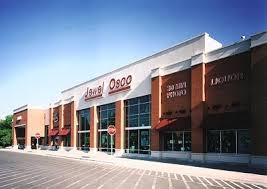 Next: Immigration. 2: The American Way

The Alitalia stewardesses (now known as flight attendants) on the flight from Rome to New York spoke English and smiled. We were awed by teeny packs of salt, pepper, and sugar which we stashed away as exotic souvenirs.

In New York, HIAS representatives, one for families remaining there and one for each family connecting to other cities, met the group at the gate and took it to a small office where they conversed with a uniformed man.

He examined our visas, compared photos to faces, and stapled a white card to each visa that confirmed that we were political refugees and had the right to work in the United States. Then the HIAS people stood by as we picked up the luggage and went through customs.

Our representative accompanied us to a bus with the name of a hotel printed on it, checked us in, and watched as we unlocked our room.

The hotel room had two large beds, a rollaway, and a large bathroom with five sets of white towels. On September 15, at five in the morning, a HIAS person waited in the lobby. She shepherded us onto a bus, then through luggage drop-off and to the gate of our American Airlines flight.

Receipt for the ticket on American Airlines flight 609 from New York to Chicago leaving LaGuardia at 8 a.m. on September 15, 1976. Group rate for Shklyanoy family of two adults and two children is $266.70. Purchased September 9, 1976.

Two hours later we saw Chicago from above—an expanse of lush greenery sliced by snaking roads. Like Mrs. Miller had said, Chicago did not consist of gangs and slaughterhouses.

At the gate, an older man introduced himself as Mr. Vainer from HIAS. A hearty “Welcome to Chicago!” exhausted his Russian vocabulary. “Sprechst du Yiddish? (Do you speak Yiddish?)” he asked and exhaled with relief when he heard a response in the affirmative.

Noticeably tipsy, Mr. Vainer helped us load our bags into a station wagon. On the way from the airport, he related his long-ago immigration story in a mix of English and Yiddish.

On the corner of West Morse Avenue and North Ashland Avenue in the East Rogers Park area, Mr. Vainer stopped the car.

He pointed to a four-story building and gave us a key to a one-bedroom furnished apartment on the second floor where JFCS (Jewish Family and Community Services) had delivered two brand-new mattresses as a gift.

We signed for a ten-dollar bill he produced. On a scrap of paper, he scribbled: “Tomorrow, 9 a.m., JFCS, 2710 West Devon Avenue.” Fist in the air, he proclaimed, “Gehen sie in drerd! (Let the earth swallow them!)” probably meaning the Soviet Union. “Sei gesund. Sei mazeldic (Be well. Be fortunate),” he said and was gone.

While Polina and Syuta took a nap we ran out to find a grocery store. We found a supermarket called Jewel a block away.

The door opened automatically as we approached—what a welcome!

Vienna and Rome had educated us on shopping carts, plastic bags, and politeness but evidently they did not rub off as profoundly as we assumed they did: we were not prepared for the American supermarket phenomenon.

Enthralled, we weaved through the store, holding hands, afraid to get lost. How would one know how to find anything? And who could memorize the content of the zillion boxes with colorful pictures? Food specifically for pets? You mean, American pets didn’t eat leftovers of human food? And an entire aisle dedicated to their special meals?

Everything was designed for convenience: eggs packaged in specially shaped foam containers; cheese slices divided with thin paper. We spent more than we planned because we forgot about pounds instead of kilos and the bananas were on sale for ten cents a pound.

The cashier said thank you. A teenage boy frowned when we tried to bag our purchase, so we stood awkwardly waiting for him to do it, feeling guilty for our idleness. He said thank you, too.

Emily cried. She remembered a line for chicken in Kiev shortly before Polina was born when after standing in line for two hours we got nothing.

On the way out, the door opened automatically again.

(It is still a mystery to me who ate the incredible amount of food we were buying during the first year in Chicago. Most of our thoughts and joys swirled around food, its abundance, preparation, taste, the exotic items like pineapple or shrimp we had never seen before and only knew as words from books about the Tsar’s times. It upset me to think that we would never be capable to get interested in anything else.)

The next morning we stood on the corner, showing the address on Mr. Vainer’s note to passersby to no avail. Finally, an older man with a cane motioned to follow him. He happened to be the dentist with an office above JFCS. He paid the bus fare for us.

JFCS was located in the Jewish Orthodox part of the West Rogers Park area.

Having never before seen traditional clothing, live or in pictures, an eerie sense of déjà vu flooded over me, especially at the sight of a shtreimel that I recognized from bábushka’s description as the kind of hat my great-grandfather Velvel wore. 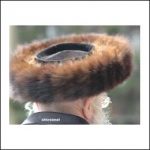 The meeting with our caseworker Susan took so long that Polina fell asleep in my lap and Emily dozed off against my shoulder. Susan addressed each of us by first name without patronymics, discomfiting Syuta and creating Mike from Dima, a name he preferred from then on.

Susan apologized for not pairing us with an American family for the upcoming Rosh Hashanah and promised an invitation to a full-fledged Passover Seder.

Then she unleashed an ocean of information—

–Susan, and JFCS in general, would be our reference until we established our own;

–Susan would act as advisor and interpreter for as long as we needed one;

–Like everybody in America we were supposed to get a Social Security Number and memorize it;

–Using the Social Security Number, we were to open a checking account—Dima argued that we had too little money to go to a bank but Susan insisted that it did not matter—and to apply for Syuta’s welfare benefits (whatever that meant.)

–Syuta was eligible for her benefits immediately but the first check would arrive in three months. By endorsing it over (whatever that meant) to JFCS she would discharge her obligations to JFCS and to HIAS. Dima and I would begin repaying our debt, in installments, as soon as one of us found a job;

–In no later than two weeks, we were to rent a three-bedroom apartment in East Rogers Park, with Susan’s approval of price and location. JFCS would cosign the one-year lease with the obligation to cover the rent until employment found or for six months; the same condition applied to electricity and gas. Phone payments were on us.

–A store across from the Union Station in Downtown (the central part of Chicago) that carried new and used furniture and small appliances would give us a discount and free delivery;

–Susan handed us the first-month food stipend in cash. Subsequent payments would come by mail in the amount equal to what welfare paid. The separate one-time one-hundred-dollars-per-person checks for furniture and for clothing would be issued when the apartment lease was signed;

–Emily should be enrolled into the Eugene Field Elementary School on Ashland Avenue;

–Our big luggage would arrive by yearend;

–Susan had already enrolled Dima and me in ESL (English as a Second Language) at a Korean church that used to be a synagogue on Morse Avenue. The public library on Clark Street offered free ESL in the evening. Loop College in Downtown accommodated advanced students, also free of charge;

–Susan had set up appointments:

for dental checkup at the Mount Sinai Hospital;

to translate and notarize our documents at the JFC (Jewish Federation of Chicago);

to learn how to write a resume at the JVS (Jewish Vocational Services) that would then arrange job interviews;

–upon the completion of medical evaluations and three months of English studies, JFCS and JVS would coach us on how to dress and act for success at job interviews. We were not to seek employment on our own.

Susan told us to call the phone numbers on “for rent” signs and in newspapers ads. She gave us a list of our appointments and of the common abbreviations used in rental ads.

We asked her for a referral note to the hospital—Emily’s good health was too sudden to let my guard down. Susan set up the admission over the phone; “verbal agreements suffice for just about everything,” she explained.

The meeting left our heads bursting with questions we were embarrassed to ask. For instance, she said that when our phone was installed a White Pages and Yellow Pages would be provided. What did she mean by those Pages?

Next: Immigration. 2: The American Way