How I Saved My Motherland, by Lydia Cutler 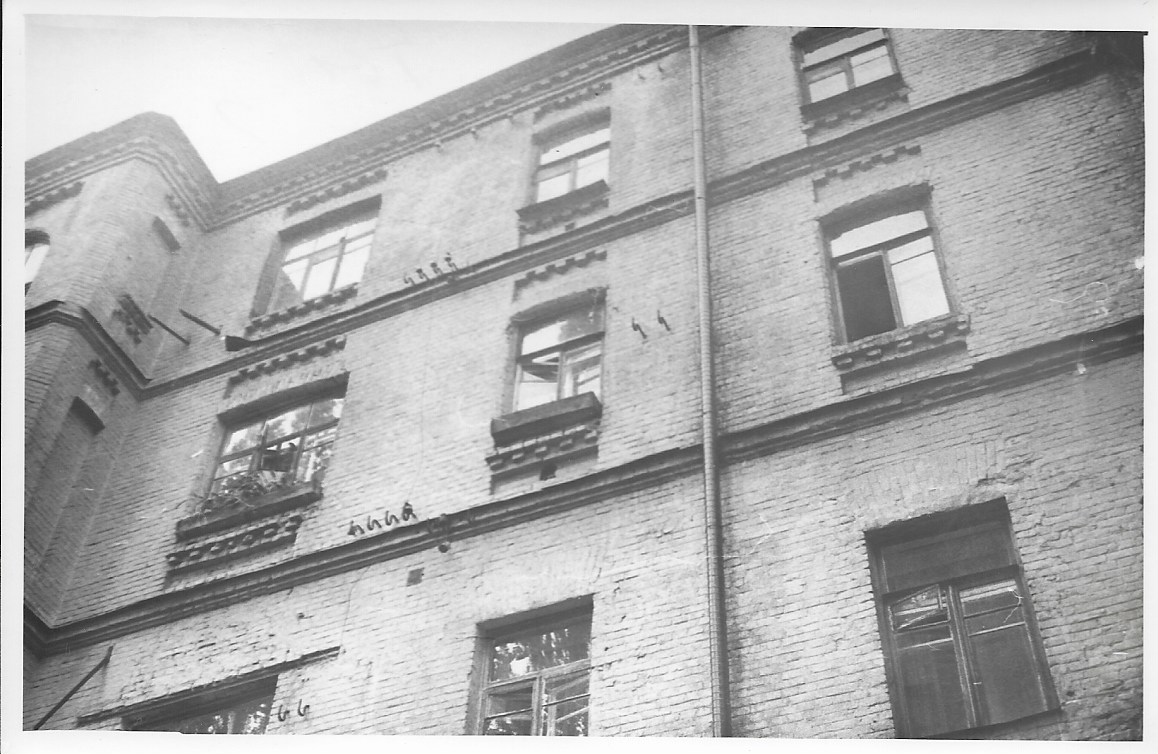 31 Mar How I Saved My Motherland, by Lydia Cutler 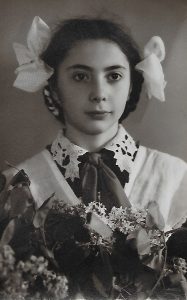 Our neighborhood playground was surrounded by four buildings where we lived. There were no sandboxes or swings, only asphalt top with two benches and two dead trees that held clotheslines with someone’s laundry.

The years were the 1950s. Our Soviet government didn’t trust their American counterparts. We all expected American bombs to start falling on our heads at any moment. The bomb shelters were built all over Soviet towns. 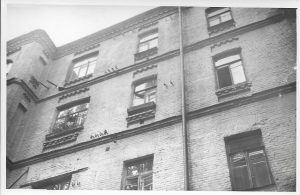 The building where Lydia Cutler lived in Kiev

At the time of the following events I was eight or nine. A few of us, children, were playing a game when a stranger walked by and into one of the buildings, the one that housed our bomb shelter, which temporarily sheltered a book warehouse. Dressed in a neat suit and tie, he attracted our attention.

“An American spy,” one of us whispered.

“For sure,” muttered another, “who but an American would come to a warehouse dressed like he were going to a theater. Too festive.”

The game held no interest to us any longer. We, the young generation of Soviet patriots, were trained to prevent any foreigners from harming our socialist way of life. When the next day another man, obviously an American, dressed in even better, more expensive clothes, took the steps down into the bomb shelter, we decided to act.

We must inform the authorities! I, a faithful Soviet schoolgirl, recalled a classmate whose father worked for the KGB. The next morning in school I confided my plan to that boy, swearing him to secrecy. He promised to tell no one and we agreed to meet that same evening by the KGB building.

The boy’s silence was short-lived and at the appointed time about ten of our classmates showed up. 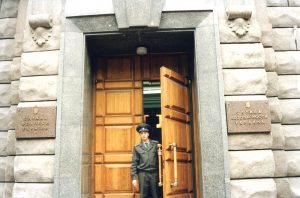 The KGB’s son knocked on the door; we all walked in and stood there patiently while he retold my story to the important people.

Proud beyond anything I had ever felt, I walked home.

My furious parents waited at the door. They pushed me inside our room of our communal apartment.

“Why did you go to the KGB? Dad’s friend saw you on their steps. How stupid are you!? What did you say to them?”

Never, ever had they acted so harsh and hurtful toward me.

Even as a little girl, I knew the danger my parents were in. Both, my dad and my mom, worked privately at home in order to supplement Dad’s measly official salary which barely covered our basic needs. But any private enterprise was forbidden by the State. If caught, they would be arrested and go to prison.

Soviet newspapers were full of articles about “thieves” who couldn’t keep their “dirty, capitalist hands from people’s property.” That was the description of those who found ways to make money in addition to their salary.

My Dad was a cobbler. In my tiny room that held his sewing machine he was able to manufacture anything from leather, be it belts, gloves, slippers. Mom was a dressmaker. She took in sewing orders. It was easier for her to hide her business: working on one dress at a time she usually found a suitable excuse when inspectors invaded. But Dad’s illegal operation depended on other people: some brought in leather hides, some found customers and picked up the completed orders.

National Security Above All

Before that day, I did not realize that secret hiding places existed on the inside of our huge wooden wardrobe, behind the drawers. While I was so proudly saving our Motherland from American spies, mere minutes after someone saw me by the KGB door, the chain of cobblers and shoemakers rushed to empty their covert places and notify others of imminent danger.

I was responsible. I caused that terrifying race. Many people’s lives were at stake. I understood their anxieties. I lived with that danger in that crowded room with my parents’ customers coming and going.

Through cracked lips, I forced out: “I can’t tell you. It’s a secret. I promised my friends and others. I didn’t do it to get you in trouble. Please believe me. Please.”

The slaps on my butt didn’t stop. Still, I wouldn’t divulge the vital (in my silly childish mind) subject of national security. The tears finally arrived, but no words.

The danger passed. I was cleared.