I Represent the Soviet Union! 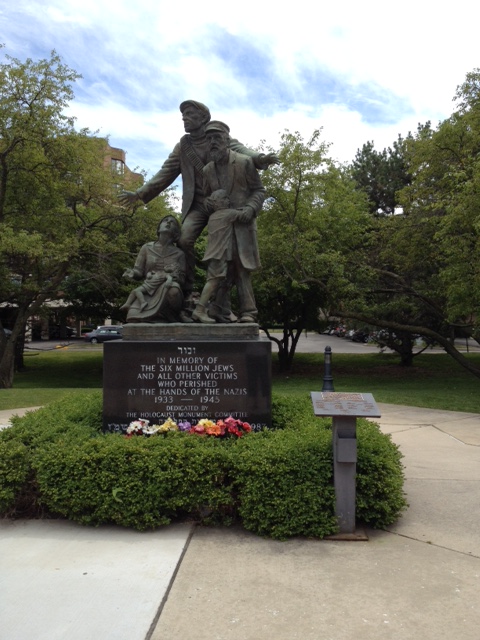 22 Jul I Represent the Soviet Union! 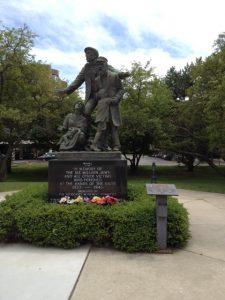 Skokie has a terrific library. One of the best in the country—I could tell you that, even if it didn’t receive the National Medal for Museum and Library Service and the ALA Excellence in Library Programming Award.

I’ve lived across the street from the library for 34 years but heard about this near-Chicago suburb the year after we immigrated to America. And about the American Nazi Party that intented to march in Skokie to get under the skin of the thousands of Holocaust survirors who lived there.

Nazis in America – that was quite a shock! More shocking, they had the right to march! Free speech it was called, same words as in the Soviet Union. And lawyers who were Jews defended it. Free speech, my foot! – we, Soviet Jewish arrivals, shook our heads in disbelief. But the courts said that it trumped everything.

When the march took place in 1978, the male population of my brand-new community, flushed with the unfamiliar thrill of expressing their sentiments publicly, showed up to protest.

Not much of a march it was, my husband reported. A dozen or so Nazis locked in place by a huge crowd of shouting protesters. 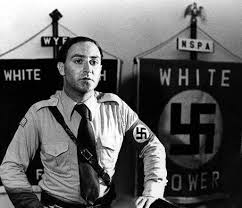 Frank Collin, the head of the Party, spoke but could not be heard. The Nazis quickly disappeared, to the relief of the throng of policemen protecting them. And probably, to their own.

Soon it became known that Frank Collin’s father was Jewish and – what tragic irony! – a Holocaust survivor who anglicized his last name Cohen and that Frank was a child molester. He was expelled from the Party, did time in prison, and found his niche in New Age writing and pagan worshipping.

The response to the-march-that-wasn’t made Skokie famous. It was dramatized and explored in documentaries. It inspired the creation of a Holocaust monument on the Village Green in front of the library.

The unveiling ceremony on May 31, 1987 comes to my mind every time I visit the library. It attracted politicians, clergy, the media, and, the very next day, swastika painters. Over 3,000 people attended. Many were teary-eyed, some held old photographs, some cried desperately as though burying a loved one.

A blond boy of about seven fidgeted and tugged at his grandmother’s skirt every few minutes to ask “Is it over yet?” After the ceremony, the reporters with video cameras on their shoulders rushed to extract human-interest stories from the crying people.

The little boy, finally freed, dragged his grandmother from reporter to reporter addressing each of them politely, “What channel are you from? Put me in a movie, please.”

One reporter, a young woman in a conspicuously bright dress with a conspicuously new video camera was conspicuously in a hurry to get out of the crowd.  “What channel are you from?” The blond boy asked her. She stared down as if wondering if she should step on him. “I represent the Soviet Union,” her defiant words in clear, accented English rolled out like boulders.

There was little chance that her report would appear in the Soviet media but at least she had snared a plum foreign assignment. She handled it swimmingly, too.