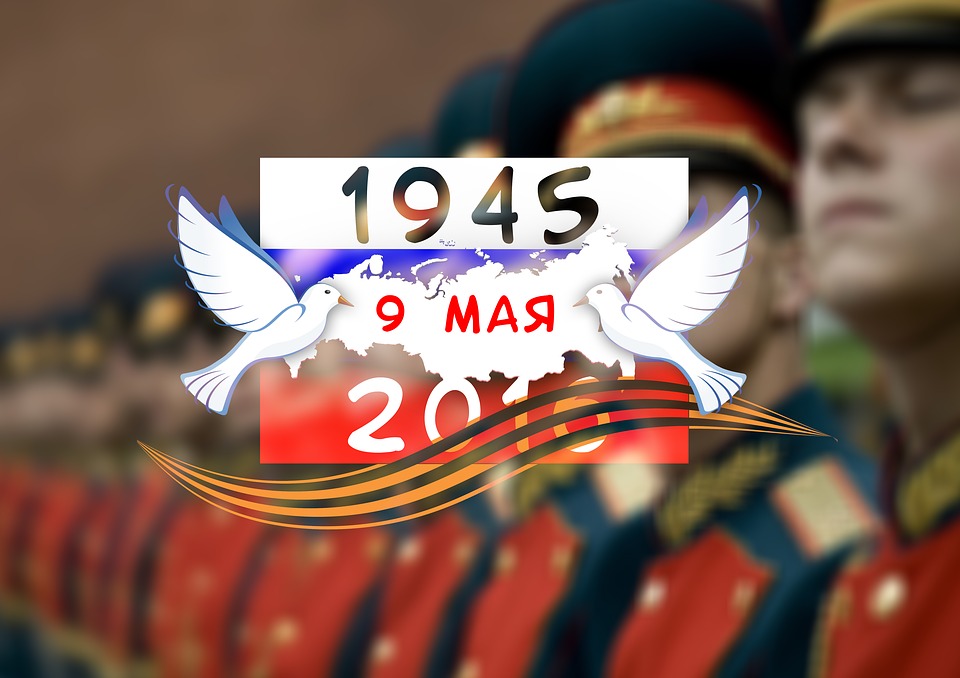 13 May Victory Day and Canned Meat 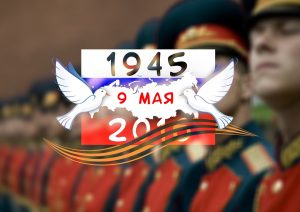 May 9 was Victory Day. Victory of the Soviet Union over Nazi Germany in the Great Patriotic War. A sacred day in a country where almost every family lost somebody. A day above politics and ideology. A day of a grand-scale military parade—to reassure the citizens and warn the enemies.

The story goes that before dawn on that day in 1945, a colleague screamed my father’s name from the street. “The war has ended!” he announced, his face streaked with tears, when my father opened the window. I was born 81 days later. My mother included the day of birth to come up with a number whose digits totaled 9 which is half of 18, a numeric representation of the word life in Hebrew.

For the first twenty or so years of my life the WWII and the Great Patriotic War were synonymous in my mind. I did know that the former began in 1939 and the latter in 1941 and that other countries were involved but somehow these facts remained a mere footnote in fine print.

My motherland was the innocent victim, the unrivalled hero, the noble protector, and the singlehanded vanquisher of Evil. It was our war and nobody else’s—forget the imperialists’ useless Second Front and the useless lend-lease with its canned meat.

So, why gloss over the 1939 date? Well, when the war began, Stalin was in partnership with Hitler in dividing the world. As partners, they celebrated the Poland’s occupation with a joint parade. Hitler nodded as the Baltic States were swallowed up, much of their population persecuted and exiled to remote regions.

On June 22, 1941, the Soviet Union nimbly switched sides to the anti-Nazi camp—that was what counted. The suggestion of a natural bond with the old partner was erased from the public mind. And effectively, too.

The newfound friends ensured the victory; long-term, they represented a fertile ground for planting communist seeds. “Without international revolution, neither the Soviet Union nor any other [socialist] country can triumph.… We have to increase the number of our friends,” Molotov, the wartime minister of foreign affairs, said then.

At some point it occurred to me that the Great Patriotic War was not a synonym of WWII. But only after immigration did I fully realize the extent to which it wasn’t. The term World War actually made sense: over seventy countries participated, forty of them directly affected.

As far as the canned food (by the way, remembered gratefully by its starving Soviet recipients), it was but a small part of the lend-lease program—a total of 11 billion dollars’ worth of equipment and raw material (about 140 billion today) provided free or at a 90% discount. The Studebaker trucks especially were of immense importance to the military.

Fortunately for me, the Soviet Union had not repaid its wartime debt. When the 1972 “diploma tax,” so stiff it had the power to stop the nascent emigration, was hastily revoked a few months later, it was done not only to finagle trade perks from the United States but also, rumor had it, because the repayment of the lend-lease was demanded. So maybe the canned meat allowed me to emigrate. Read Babinsky. Family (1967 – 1975). 8: Lenin in the Sky.

I’m told that Victory Day celebrations are petering out in the former Soviet Union. Some regions cancel the parades, some rename the holiday. But many remembrance demonstrations take place where people carry photos of their loved ones killed or wounded in the war.

This year, Moscow produced the traditional military display on May 9, decorated the city with 14,000 flags, and put on a light show. Cloud-dispersing was unnecessary—the weather cooperated.

Happy Victory Day to you! The entire world benefited from the fall of the Nazi. This should not be forgotten.