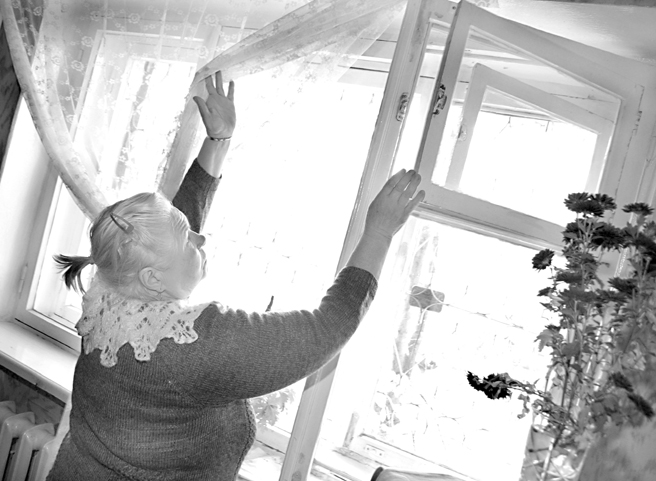 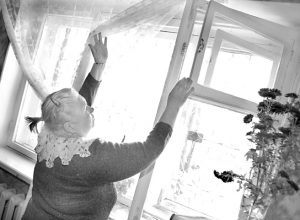 A small pane in the top part of a window. It typically spans the width of the window pane and opens on hinges independently of the whole window.

The word originates from German Pförtchen, small gate (from Pforte, gate.) In Polish, fortka means a small door. Fortochka is described in other languages as Russian window, ventlight, or ventilator window but it has no exact translation.

Fortochka was designed by Rastrelli (a Russian-Italian architect) for the Tsar’s Winter Palace in Saint Petersburg. It is common in the former Soviet Union and Finland and other European countries where the cold climate makes it necessary to air out houses without cooling them excessively.

In Soviet times, housewives in the winter hooked avoskas with meat and other perishables wrapped in newspapers on the fortochka handles and pushed the package outside, thus utilizing natural refrigeration even after the first refrigerators with their tiny freezers were introduced in the 1950s.