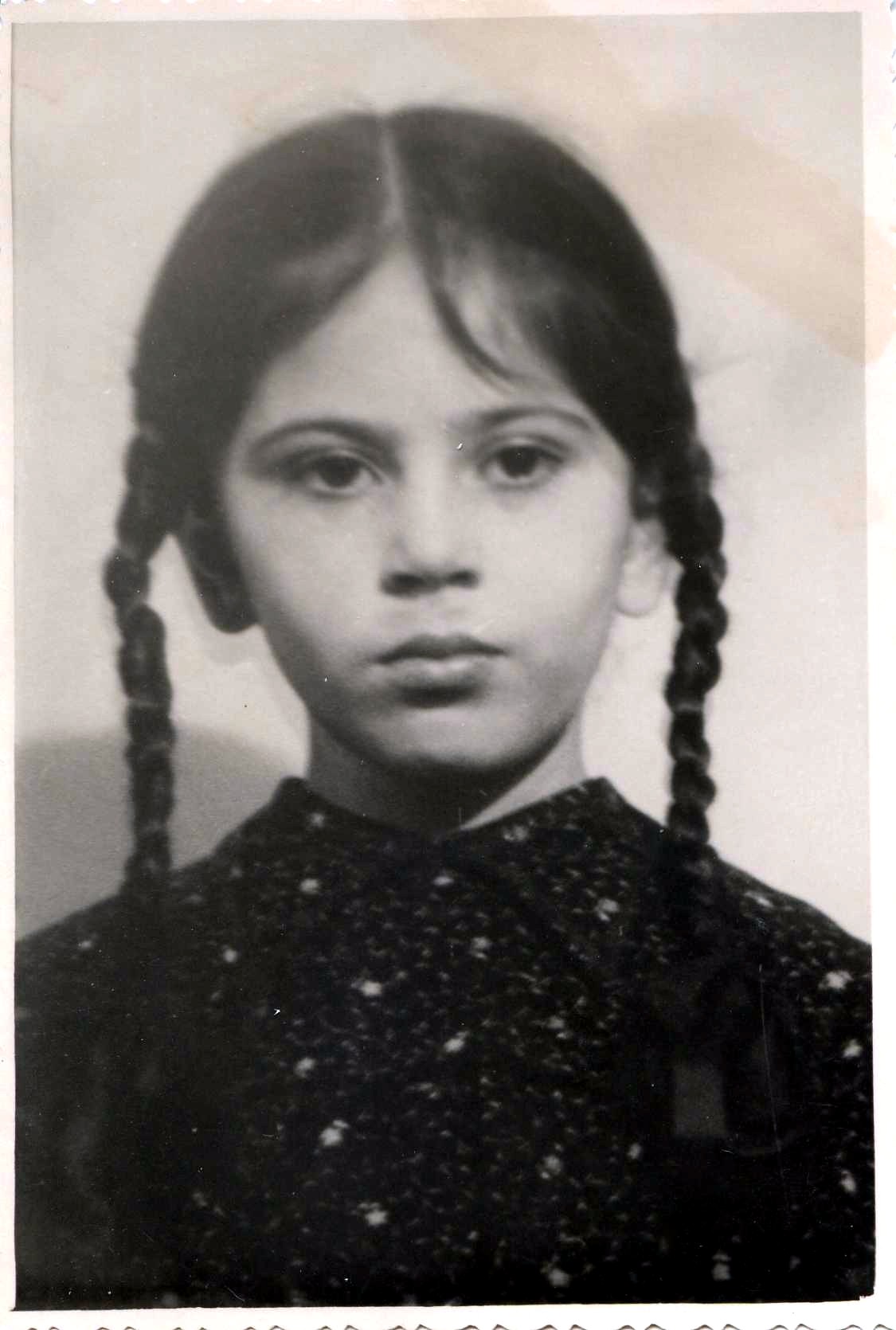 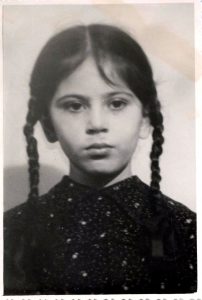 In January 1951, Avram’s boss’s clout ran its course, personal acquaintanceship with Lenin notwithstanding. Avram was fired for cosmopolitanism. I saw no cause for concern since no arrest followed the firing.

We had seventy-two hours to vacate our room: nobody but MVD employees had the right to live in an MVD building. Aunt Ida, Rakhil’s old friend, who used to come over every Saturday evening, offered shelter to Polina and me. Her sister, fretting that her son would be expelled from university for harboring a cosmopolitan, broke off all contact with her.

I gladly left Lusya and Krokodil behind. Aunt Ida lived alone in an 80-square-foot room with a small wood-burning stove and a large window partially blocked by a creaky cupboard spruced up by lace doilies on each shelf.

She had a nightstand that doubled as a dresser and a table, a chair to reach her books and photo albums on the top of the cupboard, and a low stool to climb onto the bed.

The bed stood on thick uneven wooden chunks thus creating plenty of space under it for firewood, pots, blankets, and sacks with potatoes and onions. A big-boned waddling woman, Aunt Ida proved impressively nimble at plopping on the floor, hooking what she needed with a stoker, and steering it toward her.

It was fun to sleep between her and Polina. Since they lay top to tail I made a game of choosing which way to face.

Rakhil and Avram showed up separately to see me. They stayed briefly – being caught by the neighbors could endanger our benefactor. Avram just lay on the bed facing the wall. Rakhil cried, silently and angrily; her nose ran and her eyes were bright and enraged. Weather permitting, we met in the Botanic Garden where we did not have to whisper.

Rakhil stayed with another friend, Aunt Lidia; they, too, slept in one bed. (Aunt Lidia had jumped with a parachute in order to get her university degree ‒ she graduated at the time in the 1930s when that  was mandatory in order to demonstrate preparedness to defend the motherland ‒ and for the rest of her life suffered from fear of even insignificant heights.)

I was not allowed to ask where Avram stayed (Read the story in Babinsky, Gnoyensky. 6: Rootless Cosmopolitan; Homeless.)

On my sixth birthday, everybody kissed me and pledged a big celebration the following year when I reached school age. I asked if we would live together by then but the grown-ups averted their eyes and Polina made her mouth-locking gesture.

Aunt Ida introduced us to her communal neighbors (see communal apartment)  as her out-of-town sister and great-niece. To ensure that they did not debrief me Polina locked me in when she went to the kitchen.

She made soup every day, thick with potatoes and grated carrots. Occasionally, Rakhil brought a chicken. Polina sculpted perfectly identical tefteli (balls from ground meat mixed with bread and eggs.) She made me eat a little, out of gratitude to Aunt Ida who would be upset if I didn’t.

After nine months, Avram finally secured a job. A head of a manufacturing plant, Alexei Alexeyevich Mazurenko, an Old Bolshevik, put his reputation, and his freedom, on the line to petition his superiors in Moscow to authorize the hiring of a cosmopolitan fired from MVD, no less, as a head bookkeeper. He confided in Avram that Comrade Stalin must surely be unaware that some of the accused did not betray their motherland.

Shaken by our story, Alexei Alexeyevich assigned Avram an apartment before Moscow responded—the law changed, people were not evicted any longer if they lost their jobs. He took his rightful place next to Aunt Ida, Avram’s former boss, the colonel who had met Lenin, and the like, in our family pantheon of mensch.

The plant was located on the outskirts of Kiev, in Kurenevka, a largely rural area near Babi Yar. An area populated, Rakhil said, by former Nazi sympathizers, or worse than sympathizers, most of whom went scot-free or received a slap on the wrist.

The plant built a housing development where we got the apartment also in Kurenevka, half a mile up a steep hill from public transportation. Encircled on three sides by a low picket fence, the development consisted of four identical two-story buildings, four two-room private apartments in each, a spacious sandbox and plenty of clotheslines.

Unlike the MVD buildings heated by gas, these buildings still used wood and coal. Polina got up at the crack of dawn to start the stove in the big room. The steady crackling of burning logs signaled that the apartment was warm enough to get out of bed. That and her straw slippers she slipped off and placed on the sides of her low stool.

The kitchen stove reminded Polina of the one where she used to cook as a child and on top of which her younger siblings, Leib, Esther, and Dinah, used to sleep. But she would not let me sleep there.