Do You Have an Ethical Will? 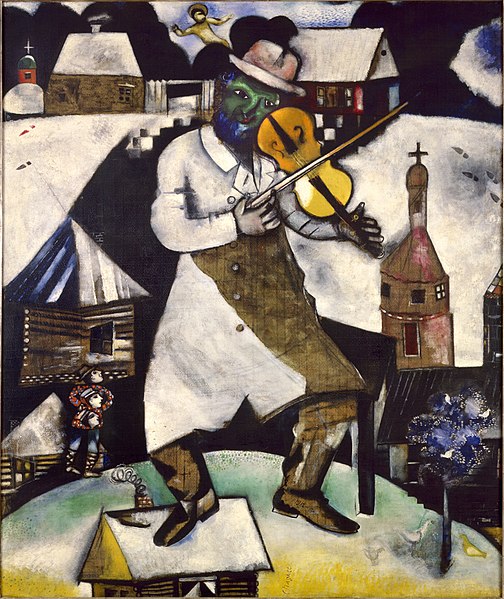 15 Mar Do You Have an Ethical Will? 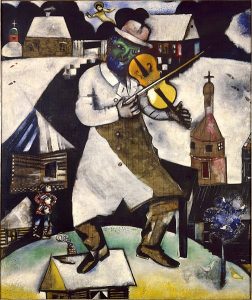 The Fiddler, by Marc Chagall. Photo from: https://en.wikipedia.org/wiki/Fiddler_on_the_Roof

My Connection to Sholem Aleichem

March 2 was the 160th anniversary of the birth of Sholem Aleichem, the iconic Jewish writer. Klavdia Kolesnikova posted her article on Facebook about the writer’s connection to Korsun, one of my ancestral shtetls.  She is the town’s historian whom you might remember from Cannot Take Shtetl Our Of Me.

Sholem Aleichem was not yet a writer when he spent time in Korsun but his friends remembered that he attracted everyone with his courtesy, kindness and wit. His memories of Korsun were the impassable mud, the delicious cherries, the fact that he had only one pair of boots, and that girls and young ladies loved him.

My connection to Sholem Aleichem does not end with Korsun. He stayed in my other towns too: Belaya Tserkov, Berdichev, Kiev. And he was part of my life before I knew his name because he supplied many of the sayings that sprinkled my grandmother’s everyday conversation.

They sounded like genuine proverbs but came, it turned out, from the three thin volumes she kept in the headrest of her sofa safely out of my sight. Being Jewish was perilous enough without divulging ownership of books in Yiddish. As I became a teenager, she finally deemed me mature enough to be trusted with the secret.

Go From House to House

Mature or not, learning Yiddish was still out of the question. Instead, my father read, and reread these books to me, for about two years, almost every evening. Everybody laughed when I interrupted him with “that’s what bábushka says, too!” Disappointingly, she was not Sholem Aleichem’s source of wisdom. But then maybe she was, in a way. When asked where the material for his stories came from he explained (according to my grandmother), “I simply go from house to house with a notebook and a pencil and jot down all I see and hear.”

Two stories especially stayed alive in me. One was about a boy who got new pants to wear at his older brother’s wedding that were made from such cheap fabric that they stood when placed on the floor and rustled when worn. In our family, its title My Brother Eli is Getting Married described stiff awkward-looking clothes.

In the other story, a little boy anticipates a less-hungry life after his father’s death knowing that the community will go to great lengths to support an orphan. Its title I am Lucky I am an Orphan was a bitter pretense of finding benefits in a tragedy.

With Laughter Or Not At All 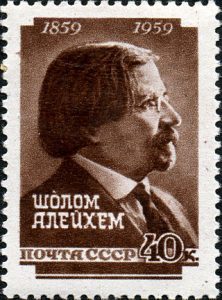 As important as new editions, translations, musicals, stamps, coins, statues, plays, museums, exhibitions are to memorialize Sholem Aleichem and to inspire new generations, it is his Ethical Will that says most about this man who entered every home, with words of peace and kindness, crying and laughing with his long-suffering people. 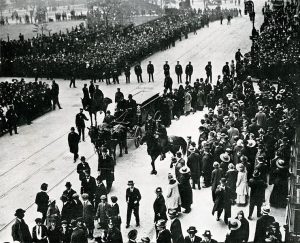 In the will, he requested to be placed “not among aristocrats, or among the powerful, but among plain Jewish laborers” and to have no “titles of any kind, with praises” on his gravestone. He asked that everyone gathering at his grave “select one of my stories, one of the really joyous ones, and read it aloud.”

He prays for his children “to live together in peace, to bear no hatred one for another, to help one another in bad times, … to have pity on a poor man.”  And that his name be mentioned with laughter or not at all.

Sholem Aleichem – Peace be with you.

Ethical Will, Fiddler on the Roof, Sholem Aleichem