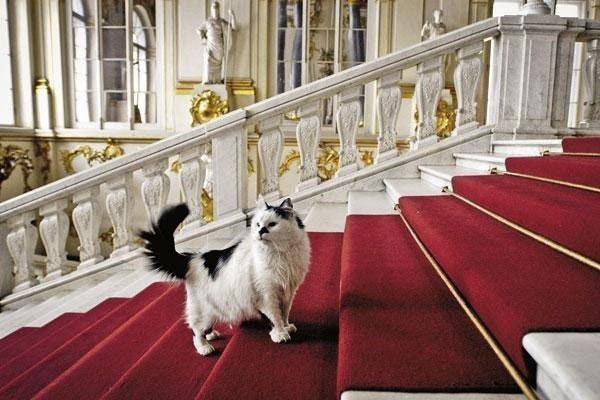 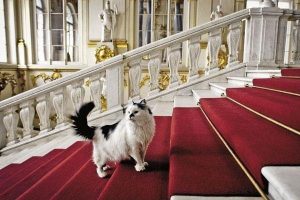 If it’s true that there is no such thing as coincidence, the Highlights of the State Hermitage Museum shared by a friend was destined to find me in March because it led my curious self to cats. Specifically, to the Fluffy Guards of the Hermitage, a 15-minute “hang out” with the museum’s cats in their basement digs, amid a nation-wide coronavirus home isolation order.

Cats began their public service 300 hundred years ago when Peter the Great installed a huge Holland-born feline called Vasily in the Winter Palace that became part of the museum. Even Empress Catherine the Great who was no lover of the species left the cats in peace. The only break in service occurred during the siege of Leningrad (the Soviet name of the city) when the art was evacuated to Siberia or packed up securely and the animals didn’t survive. 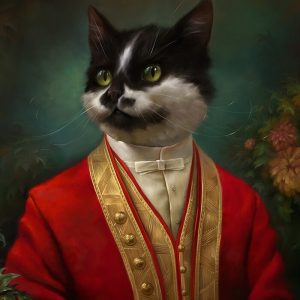 Today, March 28, is the Day of the Hermitage Cat (and – by coincidence? – the National Respect Your Cat Day). So, let’s honor the tireless anti-rodent patrol of the cultural heritage of Russia. Lockdown or not, it wouldn’t dream of taking a breather to celebrate. Speaking of essential workers… 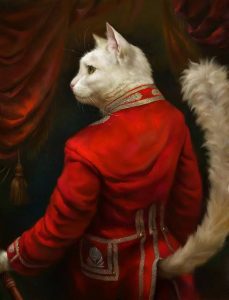 Only 50-60 cats now live in the Hermitage. Each has his, or her, passport with a photograph, certifying his, or her, employment. Each sports a special collar, is assigned a personal bowl, tray and sleeping basket. They are treated well, though obviously not overfed, so as not to diminish their appetite. To be honest, the centuries of “feline air” taught the mice to bypass the museum but one can’t be too careful, especially in a building with a 15-mile network of cellars.

The security service cares for the cat contingent that has a press secretary for public relations purposes. The museum director claims that “interviews and filming about cats are no less frequent than those about Rembrandt.” Hermitage annually hosts the Day of the Hermitage Cat, holds theme exhibitions, and publishes books dedicated to its four-legged staff. An Uzbek artist Eldar Zakirov has developed a series of postcards “Cats of the Hermitage”.

A Weapon  and a Treasure

No museum located in a historical building with deep and expansive underbellies, attractive to art-loving rodents, could keep their illustrious exhibitions intact without a cat as a “biological weapon.”

Take the British Museum, for example. It houses six cats, the number carved into the organizational chart.  Each cat receives a salary of 50 pounds and a yellow bow as a uniform. The best known tailed employee was cat Mike, who was on daily duty meeting visitors at the entrance to the museum from 1909 to 1929.

The Moscow museum of Mikhail Bulgakov, the author of The Master and Margarita, features a cat called Behemoth, a character in the novel. The candidate for this position has to meet stringent requirements: to be black, large, and solid.

In the Ernest Hemingway House & Museum in Florida, cats are an attraction in themselves. There are several dozen of them. All descended from a kitten named Snowball, donated to the writer in 1935, and all inherited six toes on their front paws from their ancestor. The “Hemingway cats” were declared a national treasure of cultural and social value in 2007. They are the real “owners” of the museum, roam freely throughout the premises and even sleep in his bed.

The Cat Museum near St. Petersburg was so successful that it opened a cat café “Republic of Cats”, the only one in Russia, in St. Petersburg.

Too many similar places exist around the world to fit in a post. And, like Catherine the Great, I’m not particularly fond of cats.