Chicago’s Far North Side: An Illustrated History of Rogers Park and West Ridge, by RPWRHS 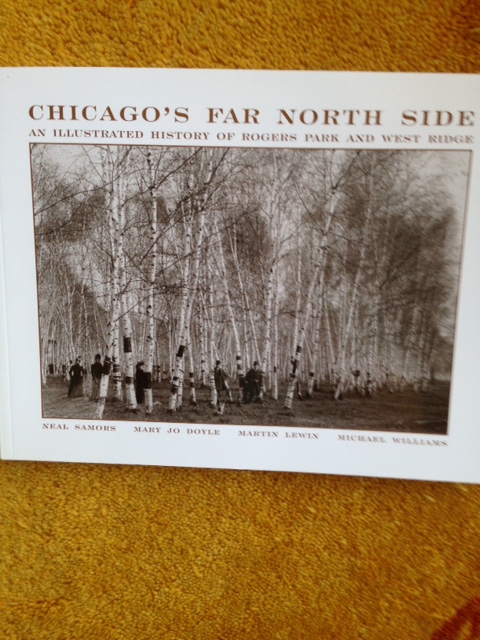 31 Jan Chicago’s Far North Side: An Illustrated History of Rogers Park and West Ridge, by RPWRHS 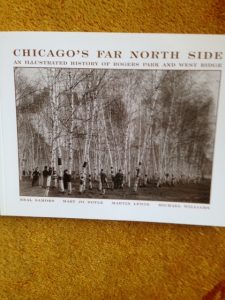 This story of Rogers Park and West Ridge (also known as West Rogers Park) and the precious photographs is my family history too. It belongs to me as much as the towns in Eastern Europe where my ancestors came from. The prairie on the corner of Devon and Western in 1914 is as meaningful as the marketplace in an Ukrainian shtetl.

I also realized that it took great foresight of many great people to build my first home in the United States. My first home and the first home to those who came before and after me from everywhere in the world.

Philip Rogers, an Irishman, first settled here in 1834. His land was located around the two ridges that we know as Ridge Boulevard and Clark Street. His son-in-law Patrick Touhy who named the settlement Rogers Park, the others whose names grace street signs and history books, and the Germans and Luxembourgers who worked for them founded a community that has “shown both stability and the willingness to change.”

A community that became home for everyone, with  its movie theaters, schools, parks, and, by the mid-20th century, even a zoo, Chicago’s only zoo other than the one in Lincoln Park. The zoo was part of the beautiful Indian  Boundary Park, on Lunt between Ridge and Western. It had a lagoon that boasted a wading pool for children and a lagoon with ducks and geese. A community that never lost its welcoming nature and family values, and its reputation for hard work.

Chicago’s Far North Side: An Illustrated History of Rogers Park and West Ridge was published by RPWRHS (Rogers Park/West Ridge Historical Society). This collection of photographs came into being thanks to the passion and persistence of its founders. Particularly thanks to Mary Jo Doyle remembered as “a one-woman history department.”

The entire Rogers Park community was her team and her extended family. Just like anyone compiling a family history, she had constantly asked everyone for photos and stories. For example, the picture on the cover came from a high school student who discovered it inside the wall of her house during remodeling.

The birch forest on the cover caught my attention for two reasons. First, it did not fit the image of Rogers Park in my mind’s eye—Devon Avenue storefronts, Western Avenue car dealerships, the Jewel Food Store that used to stand across from the Morse El Station. Of course, the area has changed since my new life began here 41 years ago but – a forest? The description of the photo “Birch forest at Lunt and Ashland, c. 1900…” left me speechless. That was the spot where, 76 years later, the apartment building stood in which we stayed our first two American weeks!

The other reason was the symbolism of birch trees for someone who hailed from Russia or thereabouts. “Nothing compares with Russian birch trees!” gushed those who did not contemplate emigration from the Soviet Union. To many, birch-less life simply had no meaning. When, soon after our arrival, we encountered a birch grove on a daytrip to Wisconsin my daughter exclaimed, “Look, here are your white trees!” So, this particular tree did grow outside Russia, after all! To prove that, we sent pictures to our old-country friends. 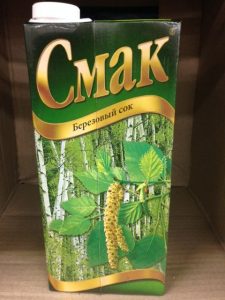 Huge jars with birch-tree juice decorated Soviet store shelves when nothing else was available. And, I discovered cartons with it at our local store that caters to Russian  customers. 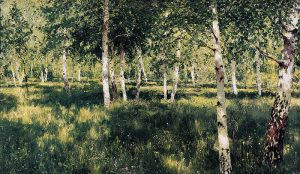 The RPWRHS grew from a meeting of a few enthusiasts in 1975 and some old pictures donated by the owner of a local funeral parlor. It’s become an invaluable resource for historians, students, educators, and researchers. It also offers programs to the public. My talk is on February 26: Living History: The Immigrant Experience From Russia to Rogers Park.

Stop at the Society’s office to say thank you, to get a book, to browse—you’ll be impressed.