“Bushels” Heads to Brooklyn after Sold Out Shows in Providence 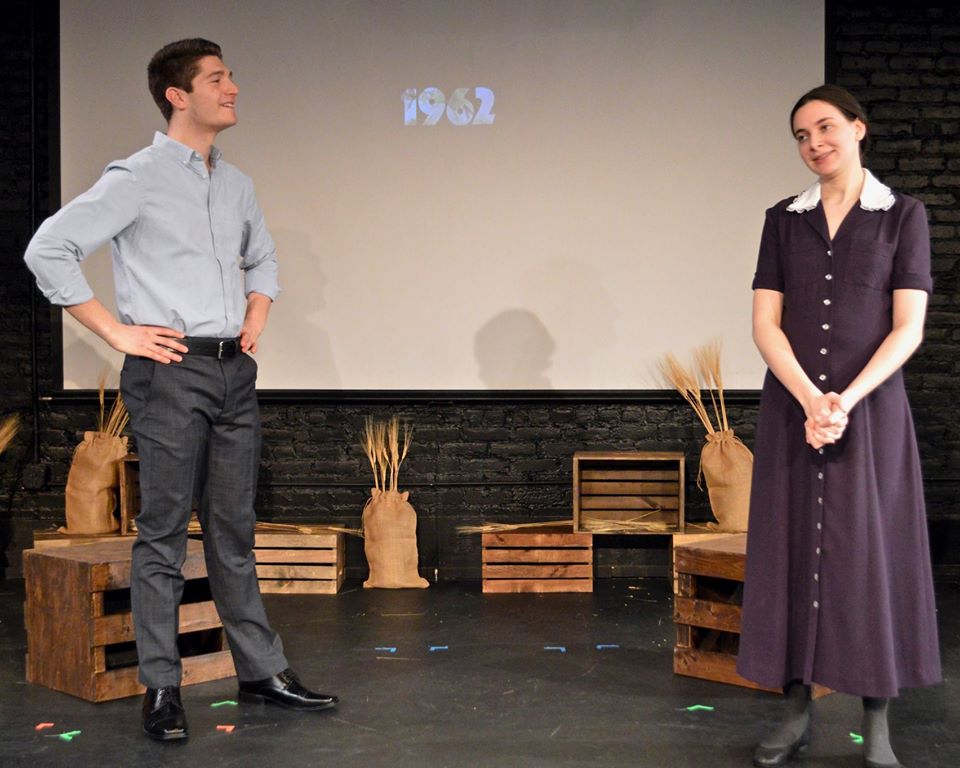 Posted at 15:56h in Blog by Bena 0 Comments
0 Likes
How Many Bushels Am I Worth? from DShoss

“This was our story too and you wrote our story from A to Z. It brought tears to my eyes.”

“Magnificent performance, the acting, the directing, everything.”

Hot on the trails of sold out shows in Providence, “How Many Bushels Am I Worth” heads to Brooklyn for a ten-day run, from January 16-26 (Buy Tickets Now!)

Listen to the interview with co-playwrights Bena Shklyanoy and Kevin Olson on NPR’s artscape, via The Public’s Radio 89.3 in Providence, RI.

Read the story behind the story in the Providence Journal: AS220 play is a journey of self-discovery for Russian-Jewish immigrant

This original play, making its New York debut, captures a Kiev family’s agonizing decision in 1976 to flee the Soviet Union for the United States. Based on the life of playwright Bena Shklyanoy, “How Many Bushels Am I Worth?” marks close to five decades of Soviet-Jewish immigration to America.

The event, which opened in 2018 to critical acclaim in Chicago, is produced by AppleDoesNotFall.com and FirstHand Theatrical, a Rhode Island-based theater company. Tickets are $30 each. For more information visit appledoesnotfall.com/plays/.

“Great way to teach your children and grandchildren (and yourself if you were young when you left) about what happened.”