“After They Closed the Gates: Jewish Illegal Immigration to the United States, 1921-1965” by Libby Garland. 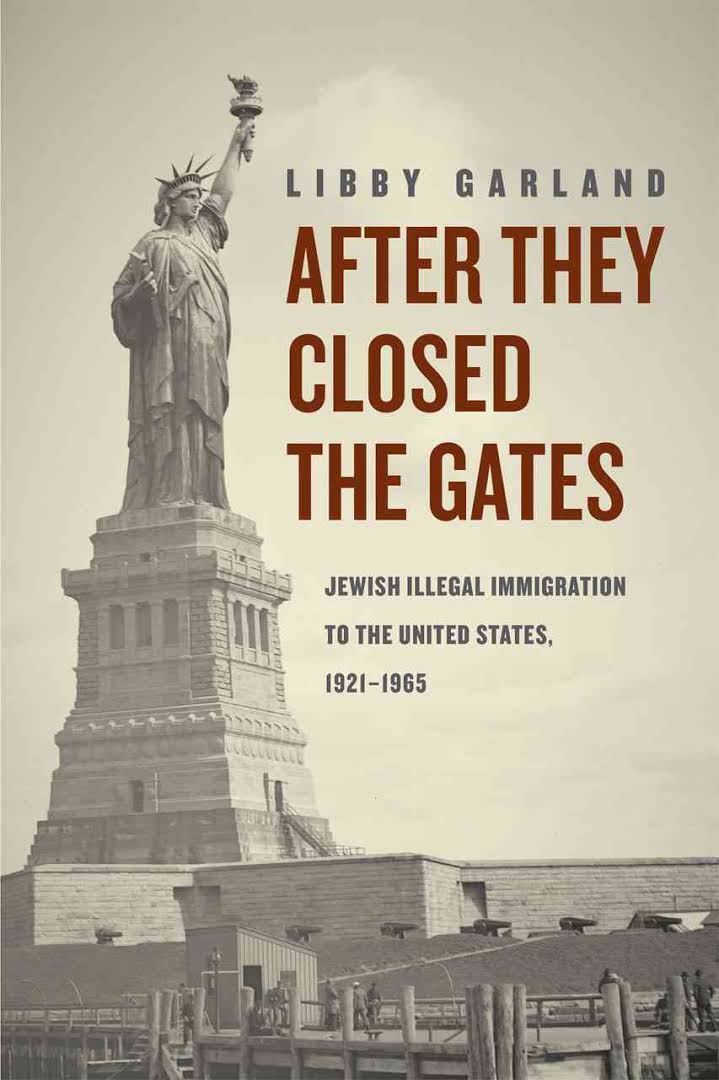 31 Aug “After They Closed the Gates: Jewish Illegal Immigration to the United States, 1921-1965” by Libby Garland. 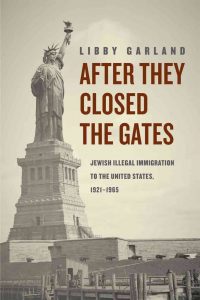 The title of this book caught my attention for two reasons. First, the words Jewish, Illegal, and Immigration next to each other were incongruous. Second, the time period covered in the book ended less than a decade before the Soviet Jewish immigration, my immigration, began.

This book is the result of a meticulously documented research into the Immigration laws of 1921 and 1924 that established by-country quotas for legal immigration to the United States during the post-WWI turmoil in Europe.

In an unintended consequence, the quotas tragically limited the ability to save refugees in the Nazi years—“The era’s grim joke that the world consisted of two sorts of countries, those where Jews could not live and those that Jews could not enter, aptly summed up the bind in which Europe’s Jews found themselves.”

Libby Garland describes the political motivations that led to the laws’ passage, the social climate, the stereotypes, and the fear of foreigners from “undesirable” countries some of which happened to be those where the Jewish immigration originated. Her conclusions apply to all nationalities and ethnicities affected by the restrictions.

But the author recognizes that “the letter of the law, though a crucial part of the historical record, cannot capture all the law’s implications, consequences, and meaning.” With the help of archives and interviews she memorializes family stories that demonstrate “what Jewish illegal immigrants’ experiences reveal about the workings of the quota laws.”

As I know firsthand, “immigration history is a project connected to family stories” – www.appledoesnotfall.com is all about family stories.

Libby Garland estimates that tens of thousands of illegal Jewish immigrants reached American shores between 1921 and 1965. The underworld supplied fake passports and smugglers. The illegals arrived on ships from Europe and Cuba. They hid in the holds of ships carrying contraband. They crossed the border from Canada and Mexico by car or on foot (the literal translation from Yiddish calls it “to steal the border.”)

Jewish charities showed remarkable solidarity with the Jewish illegal immigrants by assisting them and by working alongside other human rights groups toward changing the discriminating laws. That uncompromising struggle for legal immigration on humanitarian grounds allowed the Jewish community to discard the label of illegal aliens without trace.

These were the same organizations that supported my family on its (legal) path from the Soviet Union to the Unites States. Their collective effort led to the passage of the Immigration Act of 1965 that established fair and transparent criteria of entry. It also gave birth to the “political refugee” designation. In 1976, we were given preference, as political refugees, to enter the United States.