All That Jazz on Bones 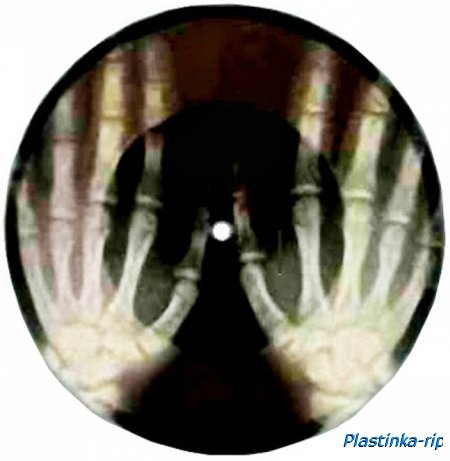 18 Aug All That Jazz on Bones 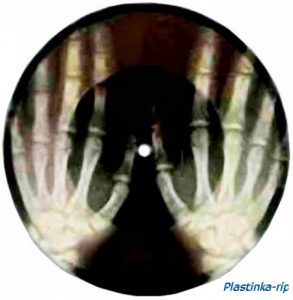 As Long As You Don’t Dance

Do you know what bone music is? Even if you hail from the Soviet Union you may not know that bone music, aka rib or skull music or jazz on bones, was the forbidden music recorded on used X-ray film in the 1940s through 1960s. 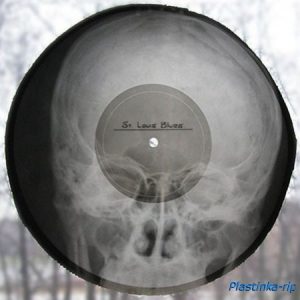 What music was forbidden? Anything western – rock-n-roll and jazz definitely (boogie-woogie and twist were tolerated but ridiculed.) The British musician Stephen Coates explains the roots of this mindset, “Stalin didn’t like anything that made people dance. The only music that was allowed were classic composers, or simple folk tunes, whose words were all about how great socialism was.”

Clearly, to let loose the likes of The Beatles, Rolling Stones, Duke Ellington, Ella Fitzgerald, Elvis Presley meant to poison Soviet souls in no time. The jokes “today he plays jazz, tomorrow he will sell out his Motherland” and “playing a saxophone is one step away from using a knife” say it all. The list of undesirables also included many Russian non-role-models, at least one homosexual but mainly emigres.

The forbidden sounds first filtered through the Iron Curtain during WWII. Along with Swiss knives, watches, and other wonders of the rotting West, the soldiers returning from the front carried music records in their backpacks. Diplomats and the privileged few permitted to travel internationally brought foreign music in their briefcases. Sailors sold it in port cities. Fartsovshchiki sought out foreign tourists with music to sell. And not to forget the western radio stations’ nightly musical broadcasts ripe for recording.

In short, the makeshift records presented a serious danger. In 1947 it was nipped in the bud with an update to the infamous Statute 58 (anti-Soviet agitation and propaganda): “adulation of the West: 10 years.” The post-Stalin memorandum about “the negative role of the Western song-and-dance music in communist upbringing” kept up the pressure. Copyright infringement never entered anyone’s mind.

Jailing producers, radiologists, and peddlers did not kill the thirst for the bootleggered music. But the special “music patrol” succeeded in keeping the demand limited. The vast majority of people stayed away, they either only heard of that choice or were not even aware of it.

The market for bone music folded when tape-recorders came on scene in the 1960s. But since X-ray contained silver, a precious metal, and may have an image of a military object, it remained important, too important to let out of the country when we emigrated in 1976. We, however, had to have our children’s X-rays to help communicate with foreign doctors. 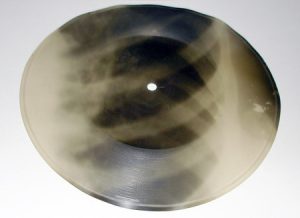 Looking like he was taking responsibility for a batch of weapons, the customs officer waived our disallowed item through. That was our reward for calling him an intelligent man. In the end, the film was of little help because of its poor quality.

I heard the name Elvis Presley first on the day he died, August 16, 1977. That morning forty years ago I started my first American job, twice-a-week two-hour-a-day housekeeping for a disabled lady called Vera. She opened the door dressed in a nightgown, face streaked with tears. Disheveled newspapers littered the furniture-free patch of the floor. “I didn’t think you’d come: The King has died today.”

The thought that Vera was insane crossed my mind. Had my English allowed for small talk I would have asked her what her connection to a king was and, by the way, king of what country. But then the newspaper pictures told me that The King was a singer.

Do Not Forget the Bone Music

The memory of the forbidden music in the Soviet Union had all but faded, until Stephen Coates discovered an X-ray record at a Russian fleamarket in 2012. He created a website, a documentary that premiered at the Raindance Film Festival in 2016, and  an X-Ray Audio Exhibition that appeared at many venues, including the Garage Museum of Contemporary Art in Moscow.

The incredible history of popular music that broke through the Iron Curtain reminds the world of “the time when the only way to get the music you loved was an X-ray.”