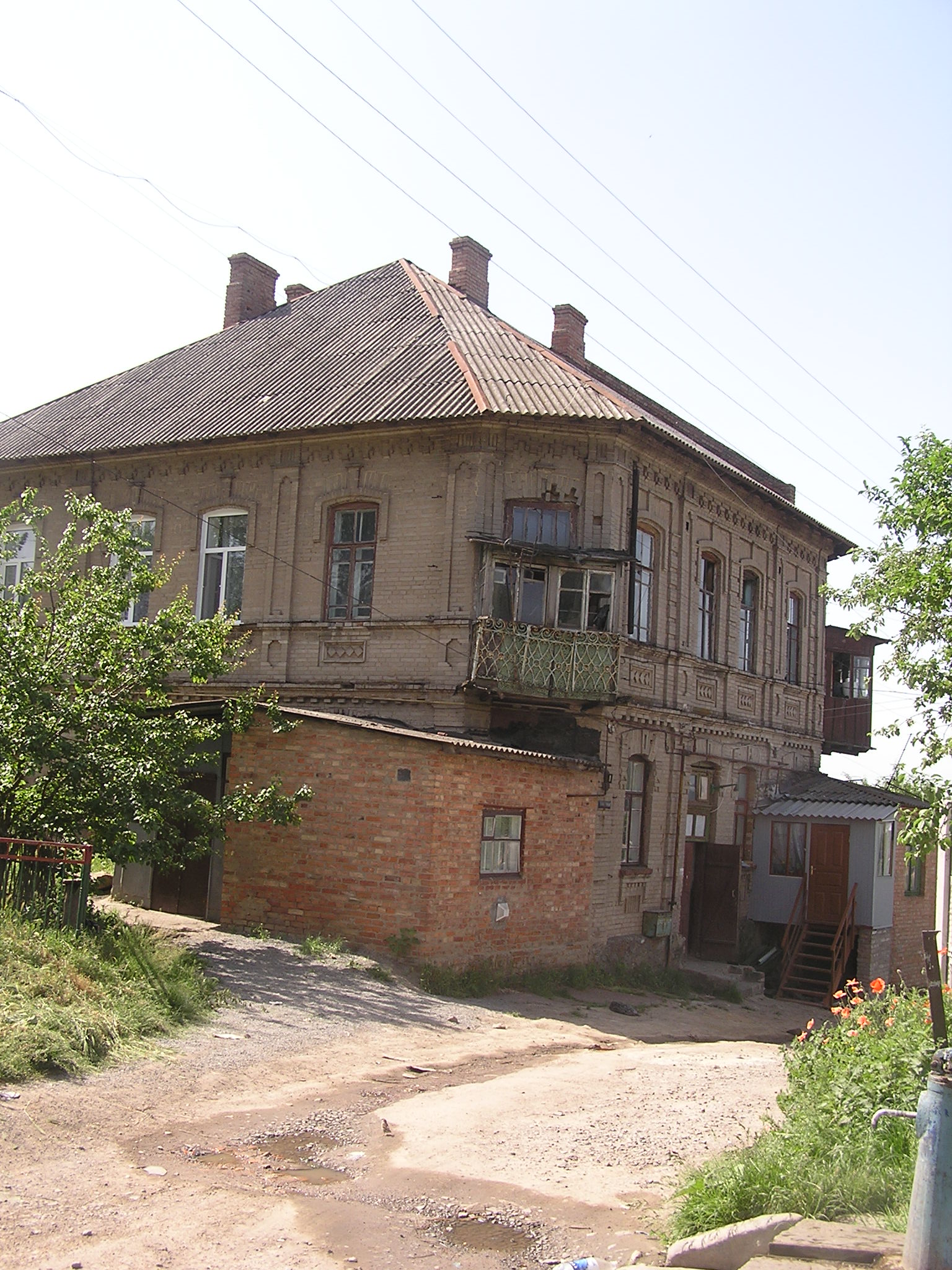 Berdichev. House in the area where the Babinsky family lived. Year 2007-2011.

Town in Ukraine west of Kiev. Located in the Pale of Settlement.

Berdichev is known since the 14th century. It was named after Berdich, the son of a Tatar tsar who had reigned in the region at the time.

In the 19th century it was an important commercial and banking center, the address of prominent Hasidic scholars and renowned Yiddish writers.

Prior to the Bolshevik Revolution, eighty percent of its population of forty thousand were Jewish.

Read more about this town in http://jewua.org/berdichev/