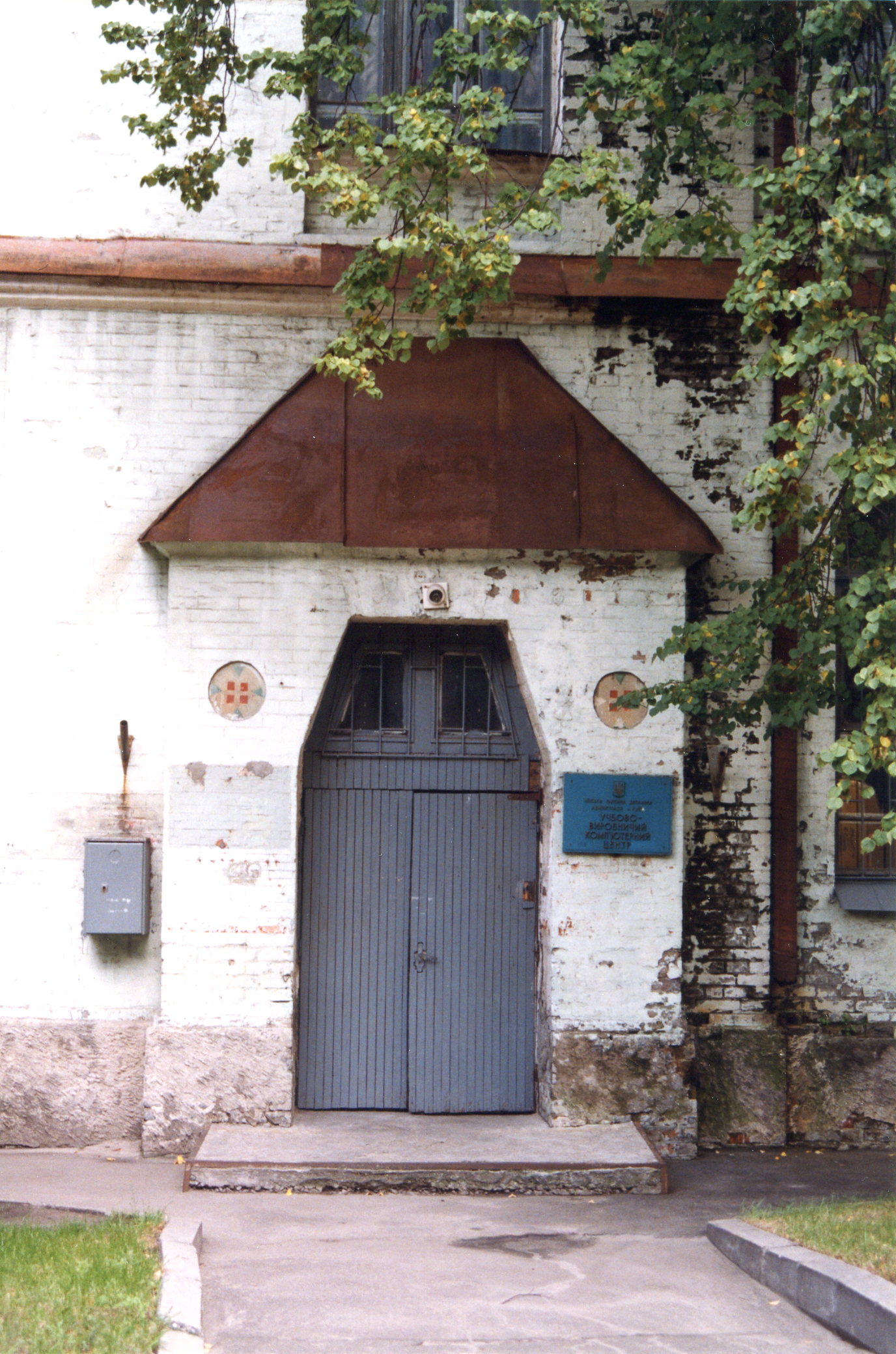 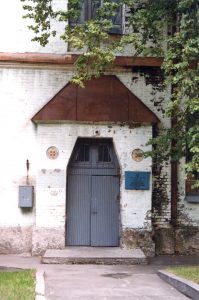 Nine months after losing his job, Avram met the head of a manufacturing plant subordinated to a Moscow ministry and thus not in crosshairs of either Russian or Ukrainian authorities. The man was desperate to get rid of his bookkeeper, an alcoholic. A professional of Avram’s caliber was worth to vouch for to his reluctant superiors.

Even before their approval to reform a cosmopolitan he handed Avram the key to a two-room private apartment in one of the buildings the plant had recently erected for its employees. 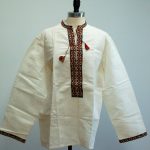 (Avram held this position until his retirement fifteen years later, when he received a traditional Ukrainian shirt as a gift.)

He worked long hours, doing the job of his subordinates if they needed time off for family reasons. Every January, he went to Moscow to submit the annual performance report. Every report demonstrated that, compared to the previous year, the pre-set production target was exceeded by one percent and the unit cost went down by one percent. 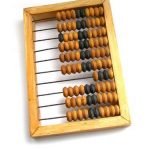 At yearend, Avram worked around the clock juggling numbers on the abacus until he reached those goals. “One percent lower each year – eventually production will cost nothing,” he joked.

In Moscow, he spent every free minute in lines for food and returned to the poorly-supplied Kiev barely visible behind suitcases and avoskas stuffed with deficit.

Salami sticks nestled in newspapers smelled tantalizingly; they lasted for at least two weeks. Packages of butter took up one entire suitcase. In the absence of vitamins, butter was an important source of them. It was added to each dish. Cooked with honey, it made a nourishing desert that lasted for months. Polina kept the butter fresh by storing it in the tub filled with cold water.

The plant and the buildings – four identical four-apartment structures on a square lot with a sandbox and clotheslines in the center – were located on the outskirts of Kiev in an area called Kurenevka, not far from Babi Yar.

Administratively part of the city, Kurenevka was rural – thatched-roofed clay cottages, tall fences, unpaved streets, fruit and vegetable gardens, cows sent to pasture dawn-to-dusk. It supplied farmer markets with eggs, produce, and meat at exorbitant prices. During the Nazi occupation it had supplied polizei and other collaborators.

While Ukraine had not exhibited quite Austria-like jubilation, bread-and-salt greetings of Nazis had been common, not a surprising reaction considering the horrors of collectivization and purges and the deep-rooted anti-Semitism.

Ukrainian nationalists had expected the Nazis to help them break away from Russia and get rid of communists and, while they were at it, Jews. However, as much as the occupiers had applauded the good behavior and local contribution to their cause, they were in the business of building Great Germany, not independent countries, with or without communists or Jews.

The Nazis killed the most active of the independence fighters. Post-war, the remaining top nationalists were executed by the Soviet Union.

The bulk of the rank and file that had not escaped with the retreating Nazis remained under the radar; they admitted, privately but nonchalantly, their disappointment with the outcome and with the fact that not enough Jews had been murdered. Unlike Jews, they suffered no discrimination. Gossiping women would praise their sons’ polizei careers in the same breath as their grandchildren or the weather.

In the evening, Rakhil, terrified by the sight of any animal regardless of size, disposition, or distance and by her new surroundings, collapsed with exhaustion from the half-mile of dusty or icy road shared with cows in the morning on the way down the steep hill to the streetcar and by the uphill hike in the evening shared with unshod colts ridden by gleeful youngsters.

She erupted in raw tirades wishing the nastiest calamities on the Maliche, the MVD, her neighbors the Nazi fans, and the shister personally. And in questions to Gott about the reason he had chosen to give her life in the era that he had.

In the summers of 1951 and 1952, to minimize my exposure to the local children, Rakhil woke me at five in the morning for the hour-long commute to a Froebel group that met in the Botanic Garden or, in inclement weather, in the teachers’ damp basement room where quiet had to be maintained so as not to spook the communal neighbors.

There were half-dozen of us, five- and six-year-olds, all from trusted homes. We read, played games, put on skits, learned good manners and, supposedly, German that might have been simply Yiddish as no words seemed foreign to me.

The teachers, two middle-aged sisters, one single, the other supporting her husband disfigured in the war were Jewish and perpetually anxious. Their enterprise, which barely kept them fed, was not illegal, per se, but any private enterprise smacked of exploitation and profit, i.e. capitalism.

If the sisters got reported, a fine would be assessed high enough to shut it down, and the parents would get into trouble for encouraging profit-making. The word profit polluted the Soviet vocabulary worse than an obscenity.

Soviet children started school at the age of seven. Ten years in the same building that became second home. The address attached a child to a specific school. My school was with instructions in Ukrainian. Each district had one, universally looked down at in the largely Russian-speaking eastern part of Ukraine.

Those who came from outside Ukraine, for example university graduates or military officers, could legally get a waiver on the grounds that their children had to enroll in a Russian school because they did not understand Ukrainian. We had no grounds for a waiver but, as with most everything else, illegality was not an impediment.

Avram’s subordinate, a cottage-owner and as such exempt from propiska, lived next to the Russian school that Rakhil coveted; he added me to his house register as his great-niece then got approval for the change in his household. He was one of the few Jews residing in the area before the war.

As he and his wife, a nurse, were leaving for the front they entrusted the key to their next-door neighbor, a teacher at the school. She protected their house from looting by claiming ownership of it.

Her son, Anatoly Kuznetsov, was a university student when we met. She did not tell us that he had witnessed the Babi Yar massacre at the age of fourteen and recorded what he saw in a notebook. She had advised him to save his notes for a future book.

His novel Babi Yar was published during The Khrushchev’s Thaw in a censored form. He recalled having nightmares while reliving his memories. Anatoly, one of the first Soviet dissidents, defected to England where he was allowed to travel, ostensibly to research his book about Lenin. He smuggled out the film with the uncensored version of his novel.