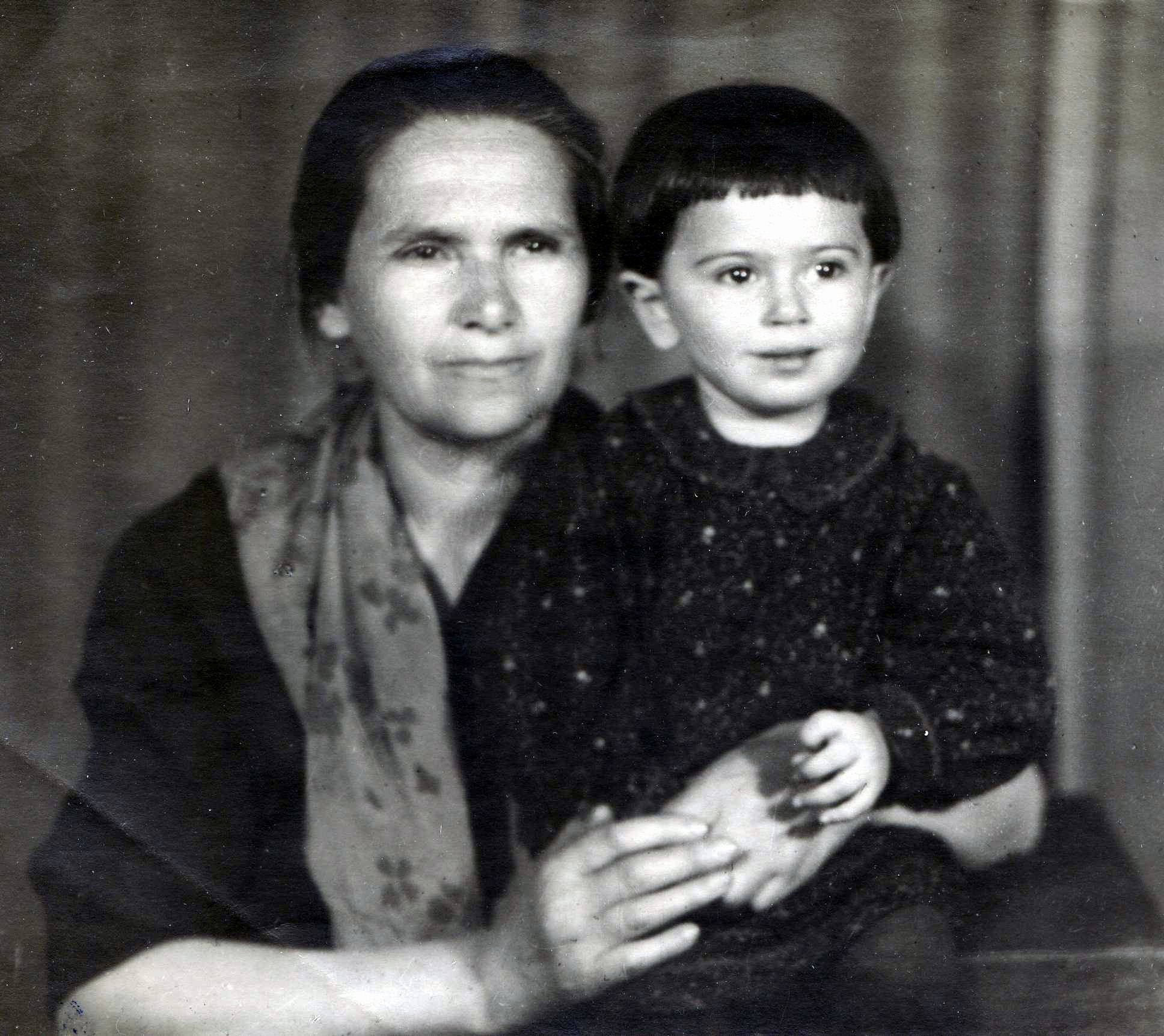 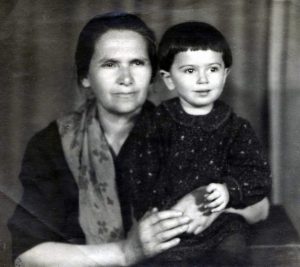 Avram, Rakhil and Polina claimed the last room in the chain, the most private. They had to cross the other two rooms to reach theirs.

Polina sent invitations to her sister Khanah and her husband Khaim who were still in Siberia where they had evacuated to, and wrote to her brother Leib in Leningrad that she was ready to take in her late sister Dinah’s daughter, Khaya, who had lived through the siege of Leningrad and now stayed with Leib.

Khanah and Polina slept, top to tail, in one bed only a little wider than a twin; Khaya on the table and Khaim on the floor. The 200-square-foot room temporarily fit six. Seven when I was born.

Rakhil found a head-bookkeeper position at a garment factory. She was expected to simply take any fabric any time for personal use or to sell on the black market; she was not expected to pay for it. She, however, bought what she needed (the factory carried fabric that was not always available in stores) and paid retail to the kopeck, and always kept the receipt. She would not break the law and not be beholden to anybody.

In her long career, Rakhil never even had to testify in court. (The textile and garment industry, the least prestigious and least paying, hired Jews willingly; it was not difficult to build cases against them for black market activities and parade their names in newspapers.)

Rakhil had an easy pregnancy and quick delivery, genes for both passed on to me and my daughters. The baby’s name, Bena, was carved in stone, male or female. But she and Avram wanted a girl because circumcision was outlawed.

The events during the first year of her marriage made her regret that she had let herself be  persuaded to give up her pre-war windowless room.

One of Avram’s sisters contracted TB, the disease that Rakhil’s grandfather Velvel had thought the vilest in the world. When I was a month old, Rakhil had surgery for mastitis with no anesthesia, in order to protect her breast milk; the scar resembled the one on her neck.

When I was two months old, Avram’s mother whom Rakhil called a commander-in-chief-and-peacemaker-in-one had a fatal stroke. The relationship between Rakhil, who was determined to prevent my exposure to TB, and her sisters-in-law deteriorated.

Polina was charged with keeping me from any contact with the relatives residing in the rooms she had to cross. In the kitchen and lavatory she placed me inside a stool turned upside-down. I learned to squash my face into her shoulder in a peek-a-boo game when we passed the table with a match box on it into which the sick sister-in-law collected phlegm for testing.

The precautions proved futile. Doctors diagnosed my cough and constantly elevated temperature as lung abscess. The recommendation to remove me into a safe environment was laughable: nobody had anywhere to go from where they were.

Avram was sure it was hopeless, if not dangerous, to approach his boss, a colonel of the highest standing (he had personally met Lenin), with a request for another room. The colonel came to admire Avram’s professional ability, even invited him and Rakhil over, but, still, a non-Party Jew had better remember his place. The year was 1946: Stalin’s work on forging a pure socialist society was far from over.

It was Rakhil who was instrumental in getting a room assigned to us. In the context of the time and place, her action stood out as Wild West. She refused to contemplate the consequences had her plan backfired.

The episode, related many times, remained short on details. The gist of it was that one early morning Rakhil gained access to the colonel’s seven-room private apartment by, she presumed because she did not remember, darting past the guard stationed in front of the building, flying up the stairs to his floor and, somehow, past the colonel’s wife.

She did remember pushing open every door in the corridor until she found the colonel behind one of them, still in bed. She remembered that he pulled his blanket up to his chin when he saw her. She did not remember what she said, only that she talked very fast.

The wife and the guard with a rifle materialized in the room. The colonel asked, “Why didn’t your husband come to me?” “How could he, you had already assigned him one place,” Rakhil remembered her jaw shaking with fear.

It did not occur to any of them to leave the room to let him put his jodhpurs over his kalsony in private.

Later that day, the colonel summoned Avram and assigned him a room in another MVD-controlled building – Leontovich Street, 6-A, apt. 14 – with one communal neighbor.