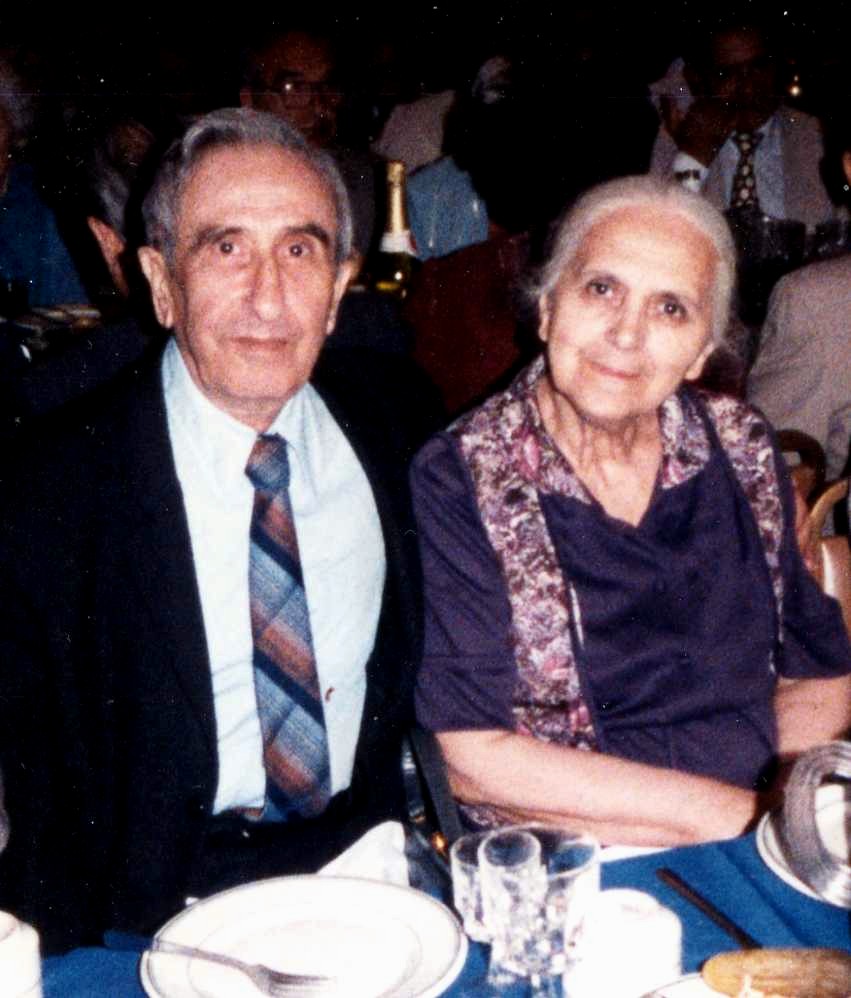 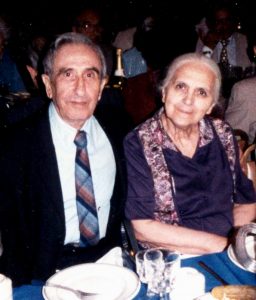 Eight years in Kharkov transformed Rakhil from a sad awkward shtetl-girl into an imperious, big-city woman. Nobody could have less interest in fashion or more passion for unrelieved dark colors than Rakhil but thanks to her mother, Polina’s, knack for altering and turning clothes, she acquired a reputation of a well-dressed woman.

But her winter coat was made by a known tailor from best-quality wool. She picked the fabric by touch, a talent eventually made obsolete by synthetics, Rakhil inherited from her great-grandfather Shmerel Averbukh and uncle Kutsya. She even bought a silver-fox collar for the coat, complete with a snout and a bushy tail. 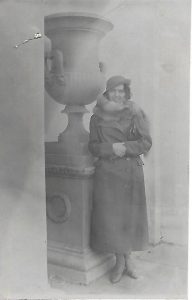 At twenty-two, Rakhil was already beginning to see her hair turn gray. Her grandmother Bosya told her that Gnoyensky men lost their hair early and Gnoyensky women grayed early. The white streaks in her short wavy hair made her flawless tanned complexion and her almond-shaped piercing eyes stand out.

In 1934, the capital of Ukraine relocated to Kiev taking with it, among others, an assistant bookkeeper of one of the Council of Ministries departments, Rakhil Bentsionovna Gnoyenskaya.

Well-wishers advised Rakhil to change her old-fashioned and so-blatantly-Jewish name and patronymic to something run-of-the-mill like Raisa Borisovna. It would be easier to pronounce and to fit in. She refused, “I did not pick my name, my parents named me after my great-grandmother. And my patronymic is my father’s name – how can I change that?”

In the few things she could control she would not be a serf.  She felt nothing but scorn toward people naming their children Vilen for V.I. Lenin, Vladlen for Vladimir Lenin, Ninel for Lenin read backwards, Stalina for Stalin, Comintern for the Communist International, Rem for Revolution-Engels–Marx, Constitutsia for the Constitution.

Even straightforward Vladimir and Felix made her shudder if she suspected they were given after Lenin and Dzerzhinsky (founder of what would become KGB) not after an ancestor. Curiously, Stalin’s first name Iosif did not take off among his devotees as, in spite of the significance, it sounded Jewish.

How Rakhil got a room assigned in Kiev was shrouded in mystery but Khanah’s involvement presumed money changing hands at the time when real property was largely state-owned. After Sheina-Gitel died, Polina came from Belaya Tserkov to join Rakhil in her windowless 100-square-foot room off the kitchen.

Promoted quickly, Rakhil basked in the knowledge of her independence. On the other hand, the promotions made her jittery: they invited visibility. Her desk could be next where plain-clothed men paused with a firm “step out with us.” When it happened to colleagues, she, like everybody else, pretended not to notice.

At home, when a knock on the apartment front door sounded in the middle of the night, Rakhil and Polina lay in bed holding their breath, listening to real and imagined creaks, hoping the knock and the creaks were not by people-takers and praying that, if they were, the room off the kitchen would be forgotten.

When running into acquaintances whose family or friends or neighbors were or were rumored to have been taken she looked through them or crossed the street.

Rakhil carried an extra sandwich and a change of underwear in her purse every morning. Controlling her expression when entering the Council of Ministries building where she worked was a gut-twisting ordeal.

The door displayed poster-size photos of the latest most prominent enemies of the people. Two men stood under the posters staring at the faces streaming past them. Did they watch for approval of or displeasure with the photos? For glancing at or avoiding them?

Rakhil could not tell if she had succeeded in quashing any expression out of her easy-to-read eyes. True, Stalin had announced that “life has become better, life has become happier” but it didn’t mean that a happy smile would be appropriate.

Demonstration in the Soviet Union during Stalin’s era. Photo from www.bearsand vodka.com.

Guessing the right facial expression saved lives. Those were the times when nobody would be surprised if a joke about Stalin warning Lenin’s widow that if she persisted in criticizing him he would pick somebody else to be Lenin’s widow turned out to be true.

In Rakhil’s first year in Kiev, the trade union awarded her a vacation at a rest-house near the city. There, she caught the eye of another vacationer, Liza, whose older brother Avram was still single at thirty. Liza summoned him to view Rakhil posthaste. In his words, one look at her and he knew he had met his bashert.

New to the city, she already boasted a crop of admirers who showed up regularly – like most, she had no phone and neither did they – with hard-to-get tickets to desirable entertainment. The winner had tea with Polina while Rakhil changed behind the open wardrobe door.

Avram jumped headlong into the fray. Now he was the one with the best tickets and the best seats. Rakhil warmed to his persistence and generosity.

There was no way to perform a proper derfragen in the metropolis of Kiev but Polina had tea with Avram enough times to call him ein stiller khokhem (a quietly wise man.) She trusted his devotion and his rare shmekhl. Es iz du mit wemen gehen zum tish (somebody deserving to sit at the same table.) Simply a mensch – Velvel would have approved.

Avram outlasted his competition. Unlike the others, he was prepared to wait. A few days before Hitler’s army invaded the Soviet Union in 1941, the MVD called him up. He did not have a chance to say goodbye to Rakhil.