Another Year Under My Belt 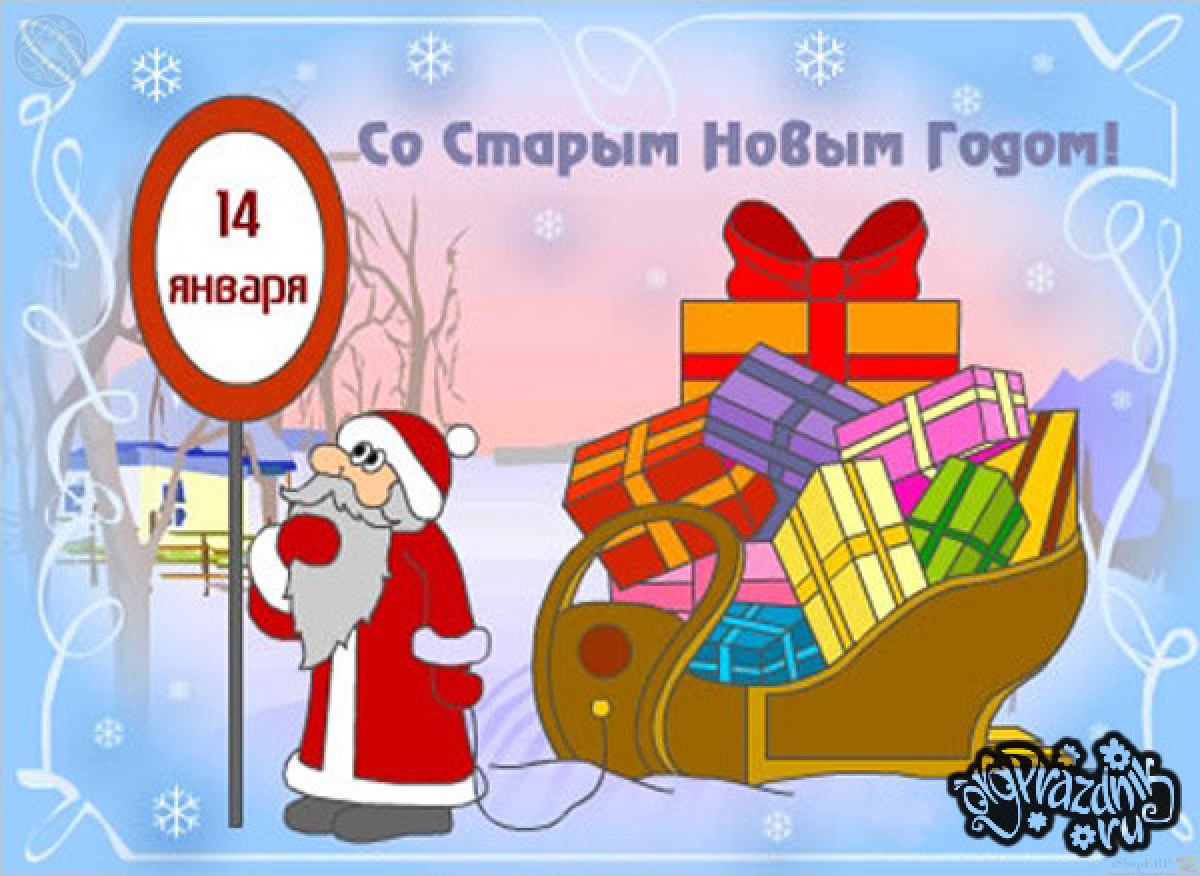 13 Jan Another Year Under My Belt 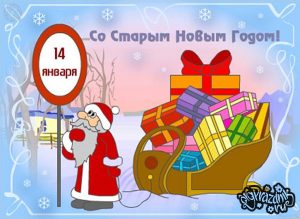 My friend in Kiev had always said that her birthday on January 6 was the eve of the Old New Year. Some people marked that holiday which was New Year by the Julian calendar, or New Year Old Style, or Orthodox New Year, in addition to the “normal” New Year.

It was actually Christmas by the Julian calendar and my friend now calls it such. She might not have known the right name before or did not want to refer to a religious holiday in Soviet times.

The Russian Orthodox Church sticks with the Julian calendar and thus it recognizes the Old New Year that falls on January 14 known as the Day of Holy Circumcision. Even the few who were aware of it would not dare to mention that Jesus was Jewish if they knew what was good for them. The attitude has not changed, as far as I know, though, after a 70-year hiatus, religion is in vogue—a far cry from being “opium of the people.” So, rather than to pick one calendar, my old country celebrates for the entire first half of January. 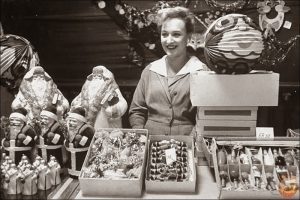 No matter how many years are tucked under my belt, New Year Eve is always special. In the Soviet Union, it was the only holiday that felt authentic because it did not come with a military parade and praise of the Communist Party.

Families decorated a New Year tree (religion-free name for Christmas tree) with ornaments and tinsel; figurines of Grandpa Frost (religion-free name for Santa Claus); and a red “Kremlin” star on top. It also had a few chocolate candies and even tangerines for the children. Gifts sat on the cotton wool “snow” spread around the tree (wrapping paper was unknown). 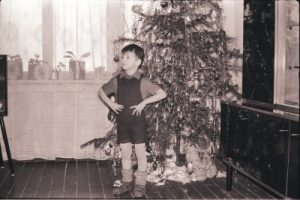 On the New Year Eve, one hosted or went to a potluck party. If you were not invited anywhere you attached yourself to someone who was. Nobody spent the last hours of December 31 through the early hours of January 1 without company, period.

It was a disappointing discovery that Americans did not elevate the welcoming of the next year to a sacred rite. “Sleeping, probably,” replied some of our American friends when asked how they would celebrate the New Year. Some just shrugged. But all were surprised that we asked.

Of course, Americans had Thanksgiving, Christmas, Rosh Hashanah, and Hanukah and, importantly, the Times Square ball drop, but still…

Famously, we, Soviet Jewish immigrants, were stupefied to learn that the trappings of our favorite holiday were Christian symbols. So this, not limited space, was the real reason that our family never had a tree!

The absence of the tree did not crimp our style: our American New Year galas boasted costumes, poems, songs and a better food variety than the fanciest restaurants. With time (not to say age), the creative endeavors gradually went by the wayside and gatherings shrunk, shortened, and quieted. But we hold on to the tradition. As a bonus, the younger American generation pays more attention to the day that changes the year. At least, we like to think so.

It takes the passing of the year to reflect on its meaning and its place among its predecessors. Somehow the collection looks differently every time—either my wisdom grows or the chronological distance improves my vision.  With one exception: all the New Years in the United States celebrate the miracle of our escape. The first New Year was 1977.

By then, about a hundred-fifty families of Soviet (known as Russian) immigrants had settled in Chicago, five of them in our building. None of us knew anyone besides our caseworkers. A proud three-and-a-half-month veteran, I invited our Russian neighbors to a New Year’s Eve potluck bash in our apartment.

My husband and I had already schlepped in a kitchen table and six assorted picnic chairs from nearby alleys. The rest of the guests sat on the mattresses in the living room. We kept plates in our laps because every inch of the table and the windowsill was laden with a menu to die for: chopped liver, gefilte fish made by me, beef tongue, herring. Plus a Napoleon cake, cold coffee with ice cream, and—in the winter! unheard of!—fresh fruit and vegetables.

I don’t want to bore you with the complete list but it’s etched in my memory—no standing in line for any of the ingredients!

At midnight on January 1, 1977, the people at my table endlessly toasted the first New Year in the New World. We barely knew each other but our stories of fleeing the Soviet coop were nearly identical. Sharing them giddily over the top of each other we meant to convince ourselves that the miracle of our escape did happen. Was that how our ancestors felt for whom the sea parted?

We continue telling these stories – mine is on this site; we still tell them giddily, relishing every detail. 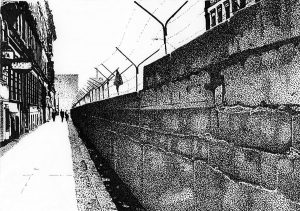 We still can’t quite wrap our minds around the reality of Iron Curtain parting. 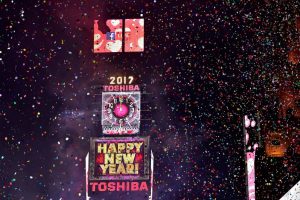