A different word for matzos (Because saying Matzo will cause trouble.) 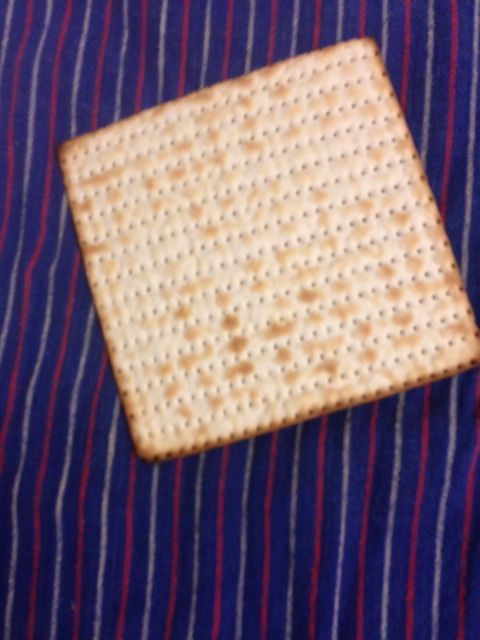 25 Apr A different word for matzos (Because saying Matzo will cause trouble.) 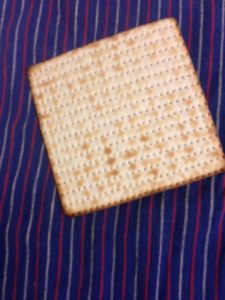 In Kiev, we did not use the word matzos in front of my daughter. She knew them by a made-up word flatbreads (had crackers existed in the Soviet Union, we would have chosen that term.) She was not allowed to share her favorite, gefreshte matzos (fried in eggs), with friends. It was not safe but we didn’t explain that.

It was not safe because mentioning matzos would reveal her nationality – Jewish was a nationality like Armenian or Russian, only an undesirable one – so why attract attention while she was still little. As a religious symbol, matzo was even worse, because religion in the Soviet Union was not allowed—moot point: we had no clue that matzos had anything to do with religion.

I’m not proud of that compromise but too often boys were beaten up and girls bullied for being Jewish by their kindergarten and school mates, some of whom did not know yet they were Jewish themselves.

My daughter didn’t know either because her non-stereotypically Jewish face or name raised no suspicion.  At least up to the first grade they didn’t.

Later on, the children  would wise up to the fact that nationality was marked in the teacher’s journal, long before it showed up officially at passport-issue time at the age of sixteen.  Read about Soviet internal passports in Babinsky. School (1952-1963). 7: Passport Holder.

Emigration within reach, it didn’t make sense to bring up the topic. When my daughter  reported, with a hint of approval, that a Jewish boy was ambushed in the school hallway we were ashamed and horrified but, a month before our exit (she was told we were going on vacation), it was too late to backpedal and cause her anxiety.

The minute our train crossed the border to Austria I told her the truth. For a moment she looked uncertain and not very happy. The moment passed—she was seven.

Now my children consider matzos tasteless. They manage to add  spices to gefreshte matzos! Well, that is their freedom and choice.

I love gefreshte matzos, the fluffy and crispy kind prepared my grandmother’s way. Would you want a recipe? To me, matzos with added onions or eggs or chocolate are not the real thing, though I don’t mind nibbling on the chocolate covering.

If your ancestors hail from Eastern Europe, you must have your unique recipes for matzos and possibly even gefillte fish.