“A Century of Ambivalence: The Jews of Russia and the Soviet Union, 1881 to the Present” by Zvi Gitelman. 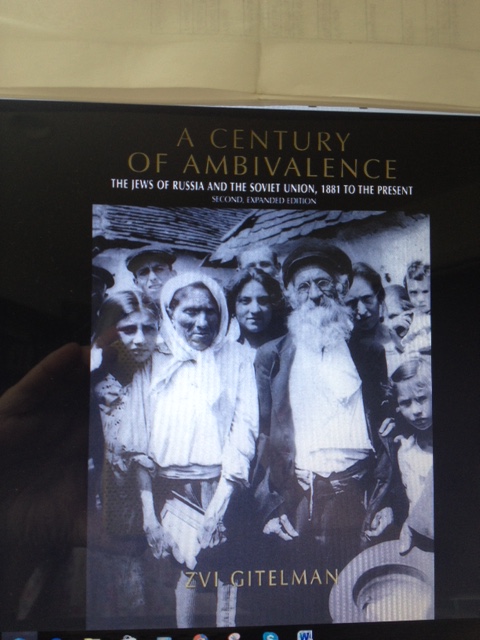 31 Jul “A Century of Ambivalence: The Jews of Russia and the Soviet Union, 1881 to the Present” by Zvi Gitelman. 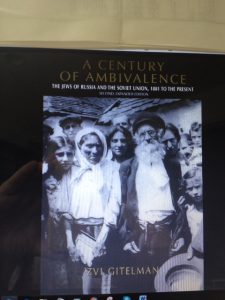 A Century of Ambivalence. 2001 Edition.

Remaining Jewish On All Sides of the Barricade. 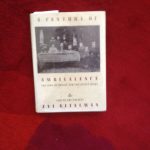 A Century of Ambivalence. 1988 Edition.

The history of Russian and Soviet Jewry is one of the most difficult topics to explore. As a former Soviet and a Jew I would know.

A reminder: the century examined in Gitelman’s book covers revolutions, pogroms, two world wars, Stalin’s purges and the cosmopolitanism campaign, the creation of Israel, the mass emigration to Israel and to the West, the fall of the Soviet Union, the post-Soviet uncertainty. Anti-Semitism united all events. This is in addition to the ‘normal’ Soviet life with its shortages, corruption, communal apartments, and fear.

Gitelman explains the title of his book: “The last hundred years have been a period of great ambivalence and profound contradictions for the Jews of Russia and the Soviet Union. … They have been in the eye of some of the stormiest economic, political, and cultural transformations in history, and they have both reaped benefits and suffered losses from them.”

The incredible collection of photographs makes the reader into a witness of history and at the same time a descendant leafing through a family album.

To research thoroughly the shifting sands of this era and the multitude of perspectives driven by them is an achievement that cannot be overestimated. Gitelman appraises in the balanced way the many conflicting ideologies that vied for influence among the Russian then Soviet Jews.

He observes that “the Soviet Jew had been placed in an intrinsically anomalous position. On the one hand, Jews are identified as a nationality group and registered as such on their internal passports. … On the other hand, they are progressively losing their distinct culture. Thus they are Russians (Georgians, Ukrainians, etc.) culturally, but Jews legally and socially.”

At any point in time, the Russian and Soviet Jews were considered alien, if not the “fifth column,” in their country.

Some strove to change that perception by continuously proving their loyalty to the motherland or by shedding anything that could be stereotyped as Jewish. “Many Jews became among the most ardent enthusiasts and builders of Soviet socialism, only to find themselves among the most prominent victims of Stalinism.”

Some accepted hostility and distrust as part of life until emigration allowed them to escape.

The author concludes that two phenomena in the USSR served to impede assimilation. One is that “Soviet circumstances were unique, not replicated even in allied socialist countries where nationality was not registered in one’s identity document and… Jewishness was defined as a religious, rather than ethnic, category.”

The other is the “governmental anti-Semitism combined with grassroots anti-Semitism to maintain boundaries between Jews and others long after Jewish content had largely disappeared from Jewish ethnicity.” Still, “descent and feelings of kinship remain.”

For everybody who want to widen their perspective on the dynamics of that history.

For descendants of those who got away prior to the Iron Curtain and of those who were caught behind it for most of the century until it fell.